When the presence of latrines isn’t enough 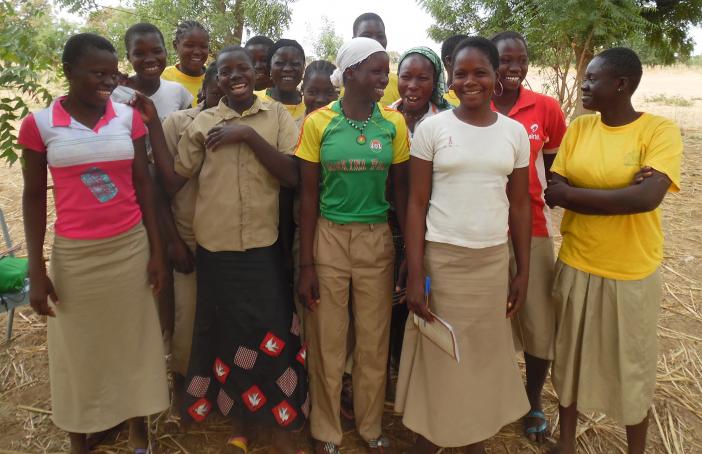 According to UNICEF, the majority of schools in Burkina Faso don't have drinking water or sanitation facilities. This has been identified as one of the major obstacles to children's education in the country.

When it comes to latrines, children often miss out on class time in the search of a place to relieve themselves, and further absent themselves from school due to waterborne diseases directly related to the lack of amenities. A recent study undertaken in Bangladesh demonstrates how hygiene and school enrolment are directly proportional, particularly when it comes to girls' enrolment. When schools offer no alternative to open defecation, absenteeism and drop-out rates are particularly high when girls reach puberty. Several studies support these findings, which is why the installation of latrines has been identified as one of the key factors that will enable school children, especially girls, to enjoy their right to education.

In some cases, latrines may be present at schools, but can be inadequate in both quality and quantity. Such is the case at the secondary school of Bantogdo, a rural community on the outskirts of Ouagadougou, Burkina Faso. Despite the presence of separate latrine blocks for girls and boys on the school's premises, many students avoid using the school's latrines and prefer finding a place to relieve themselves in nearby bushes. As explained by the students themselves, the number of latrines available is insufficient for the amount of students enrolled at the school, and the latrines' holes are so narrow that students often urinate and defecate next to the pit. Due to the lack of a nearby water source, students cannot clean after themselves- leading to unhygienic but also embarrassing situations as students leave the latrine behind. Due to the constant unhygienic and reported smelly state of the school's latrines, the students in Bantogdo expressed their preference for the alternative: open defecation.

Reaching a certain age, girls require increased privacy when it comes to personal hygiene, and this holds especially true during girls' menstruation. Some of the girls at the school in Bantogdo, aged between 14 and 20, were willing to open up on the sanitation dilemma they face every day. Using the school's facilities means exposing themselves to the foul smell and excreta in the latrines, which, they fear, might put girls at risk of contracting a urinary infection as a result of hovering above the pit. And this, they say, marks the difference between girls and boys, as boys can urinate whilst standing. When it comes to relieving oneself in public, the girls explained that boys are also better off, as there is less shame involved for boys. "Girls have more to hide", 19-year old Noelie stated as she explained why it takes more time for a girl to find an adequate place to relieve herself. The fear of being seen, or worse- being aggressed, is one that the girls in Bantogdo face on a daily basis. Many girls also expressed that despite their efforts to minimise the time lost in the search for a place to relieve themselves, they often lose between 10 and 20 minutes of class time after having left at the start of the break.

Furthermore, the girls in Bantogdo described the additional difficulties faced during their menstruation. Due to the lack of water, they cannot properly clean or refresh themselves during school time, and the unhygienic state of the latrines gives girls little choice but to change their sanitary cloths out in the open. As Noelie explained, "We don't have modern sanitary pads, so we use traditional cloths. But when these cloths are too wet, we are obliged to take these off, put them in a plastic bag, and hide them in the bushes. After our 5 o'clock class, we go find them and take them home". Those who live close to school have the advantage of being able to go home to clean themselves and dispose of their used sanitary cloths, but this is not an option for those who live several kilometres away. Having a place to discretely change and wash themselves at school, they explained, would make it much easier to manage their menstruation during school time.

It has been proven that menstrual hygiene facilities play a crucial role in countering the disproportionate absence and drop-out rates of girls in secondary schools, yet a study carried out in Burkina Faso showed that this concept remains virtually inexistent in the country's schools. This is particularly worrisome considering that according to the same study, 21 % of the girls in Burkina Faso said that they absent themselves from school during their periods, resulting in several days of class lost on a monthly basis. Lydie Sanogo, teacher at the school in Bantogdo, says she understands the students' choice not to use the school's latrines, and recognises the challenges faced by girls, particularly during their menstruation:

Considering that the majority of schools in Burkina Faso don't have drinking water or sanitation facilities, this must be addressed in order to improve children's right to an education throughout the country. However, as the case in Bantogdo illustrates, the mere presence of latrines at schools does not automatically provide students with a real alternative to open defecation. Combatting the country's high levels of absenteeism and drop-outs, particularly when it comes to girls, will require ensuring that schools' latrines are sufficient in quantity and quality- and must additionally offer facilities that take into account menstruating girls' specific needs. In this way, understanding, prioritising, and meeting girls' sanitation needs in the context of schools is a crucial element in transforming IRC's vision of sustainable water and sanitation services into a reality for all in Burkina Faso.

UNICEF Menstrual Hygiene in schools in Burkina Faso and Niger

Towards effective programming for WASH in schools : a manual on scaling up programmes for water, sanitation and hygiene in schools