When the clock stops

RT @sanwatforall: #Happened at the #2022SMM - We're proud to announce that the Government of #Ecuador is joining the SWA global partnership…

The global community has a decade to deliver the Sustainable Development Goals – can we? 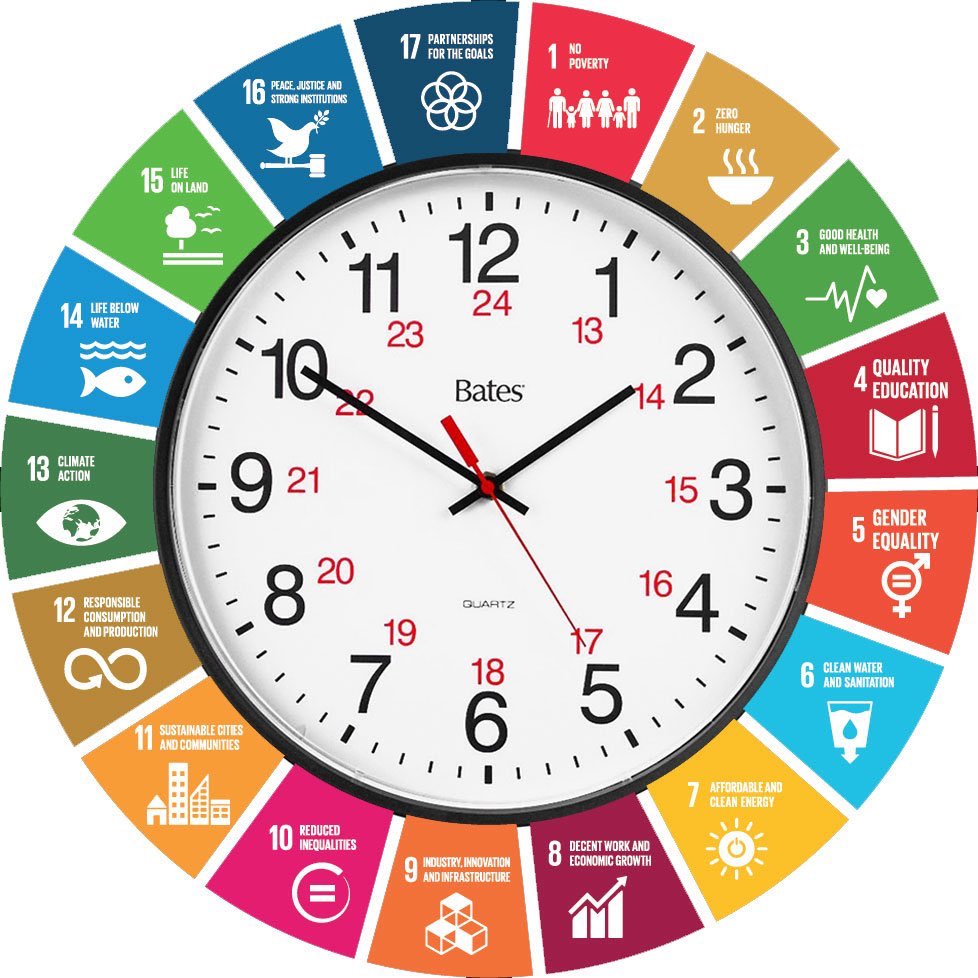 Happy New Year – and for the non-pedants – happy new decade too. Welcome to the twenties and what, I sincerely hope, will come to be seen as the decade where, as a global community, we delivered the Sustainable Development Goals (SDGs): finally ending absolute poverty and providing everyone everywhere with safe and sustainable water and sanitation services.

With five years of preparation under our belt, we now have ten years to deliver. The clock that we put on the IRC website to count down those first five years of the global goals has come to a stop. We talked then about fifteen years to make history, and five years to make change: acknowledging that for challenges as momentous as ending extreme poverty or delivering safe water and sanitation to everyone we first needed to get the foundations right. How are we doing?

Can we be optimistic?

I am, by nature, an optimist. I tend to take the glass half full rather than half empty. I’m a fan of the late, great, Hans Rosling and his optimistic and data driven world view.  Yet equally I’m no Panglossian. The world has made extraordinary progress in the first two decades of this millennium. It has exploded global wealth, it has almost ended polio and cut back malaria and put more girls in school than ever before, above all, it has lifted more people out of poverty than in any period in human history. These are extraordinary achievements, and it is not good enough to write them off as ‘just China’ as I increasingly see being done.

And no, everything is not perfect – far from it. Global inequality has also grown and not all states are making equal progress. Africa in particular has too many fragile and left-behind countries. Extreme poverty is reducing as a percentage of global population – but remains stubbornly stable in absolute numbers – and most worryingly is growing in some countries and regions. The climate emergency is adding one more pressure to those of population growth, resource depletion and dizzyingly fast urbanisation.

Hopes for the first five years of the SDG era

When we set up our clock, what did we have in mind for the first five years of the SDG era? For me two things. ‘Outside our sector’, that national political leadership at the most senior level would be making the delivery of water and sanitation services into national priorities. And, ‘inside our sector’, that the focus on building stuff and hoping for the best, would give way to a more nuanced understanding of the need to build the strong and resilient institutions – the system – capable of absorbing investment and turning investment into sustainable services. Put another way, we were hoping to break through the never ending and essentially pointless chicken and egg debate: does the sector need more money – or does it need to be-reformed so it can absorb and spend the money. We hoped to replace this with the understanding that it needs both: political commitment and investment in sector reform to increase ability to absorb and spend; and at the same time more overall investment.

Are we on track?

Are we there, are the foundations of a renewed water and sanitation sector in place and can we confidently assume that with a decade of concerted effort we will achieve our goals? No, clearly not. Are we on the way – are there hopeful signs? I would say undoubtedly yes. There is the huge boost given to the war on open defecation under India’s Swachh Bharat mission (and no – you don’t have to believe all the claims to realise that something truly groundbreaking has happened). There is the growing commitment of governments in countries where IRC works like Ghana and Uganda to establishing utilities and provide piped water services to rural populations (killing off so called community management – the ultimate build it and hope for the best abdication of responsibility by states and donors). There is the rapidly growing Sanitation and Water for All partnership (full disclosure – I currently chair its steering committee) which is becoming an increasingly effective platform for its rich mix of governments, private sector, civil society, donors and research organisations to come to a consensus and drive progress. SWA’s Finance Ministers Meeting this April in Washington DC will be focused squarely on breaking the chicken and egg cycle – bringing a message of sector reform and increased investment to finance ministers.

Most importantly, after decades of experimentation and learning, including the inspiring work of those who have driven the revolution in non-sewered sanitation services, we have the models we need to provide services. The growing professionalisation of the sector, the abandoning of community management, the expansion of utility services – all are grounds for optimism and, most importantly, movements around which external support can coalesce.

Are we on track to achieve the SDGs for water and sanitation? Clearly not. Huge challenges face us and any realistic assessment has to admit that we will not achieve our goals everywhere – but this is no reason not to try.  I enter 2020 with a strong sense of mission and possibility. The world is rich enough to provide everyone with basic public services, including water and sanitation. This wealth is not distributed evenly enough and there is still not sufficient political urgency behind our mission everywhere – but at IRC we are committed to working with willing partners everywhere to change this.

Looking at global meta-trends: population growth tailing off; the start of decarbonisation of our economies; the fourth industrial revolution still playing out; and of course the increasingly visible effects of global heating - anyone who makes a firm prediction about where we will find ourselves in 2030 risks looking silly – at best. That said, I’m convinced that there is everything to play for – that there is no reason that we cannot achieve our goals other than our own inaction. I’m now old enough to remember how, in the early 1990s, the idea that China would become one of the world’s leading economic powers by 2020 was the preserve of fools and dreamers: I was happy to be one then – and I’m happy to be one now - are you?