As countries, regions and municipalities are making plans to reach universal access to WASH services, a frequently heard question is how much does it actually cost to provide services to everyone in the area? This week's "weekly WASH graph" will provide some magic numbers of the costs of reaching 'everyone, forever' in Honduras. And yes, you will have to read most of the blog before I reveal the magic number ;-).

In Honduras, IRC works through a collaborative initiative called Para Todos, Por Siempre (Everyone, Forever). This initiative seeks to bring a number of associated municipalities up to an 'everyone, forever' status, i.e. having universal access to WASH services, and having the systems in place to ensure that these services are sustainable. This in turn would serve as a model for the government, and the sector as a whole, to reach an 'everyone, forever' status in all other municipalities in the country.

An important part of that work is engaging in a dialogue with municipalities on the costs of reaching that 'everyone, forever' status and the sources of financing of those costs. That dialogue is supported by a series of tools that provide the municipality insight into the various life-cycle costs. These tools were originally developed between Water For People, Aguaconsult and IRC in Bolivia, and we have subsequently adjusted them for Honduras (and translated them into English for use in other parts of the globe).

Let me start with a result of that work: the graph that shows the projected expenditure that would be required to reach 'everyone, forever' with water suppply in the municipality of Marcala. 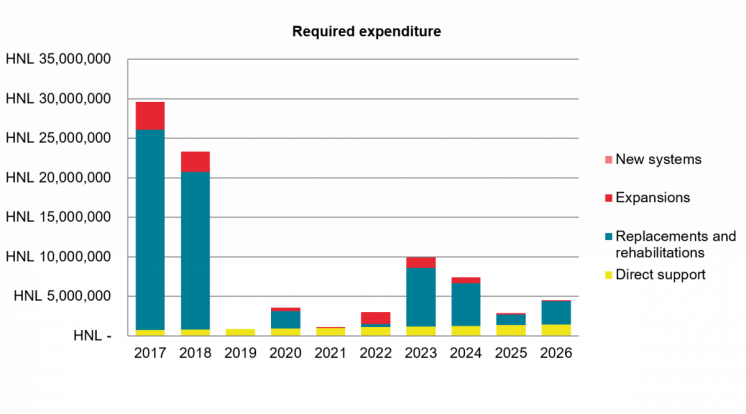 Figure 1: projection of the expenditure needed in Marcala to reach an 'everyone, forever' status in water

These various expenditure needs are all processed and added up for the entire municipality, generating a projection of all expenditure needed over a period of 10 years. And with that, Marcala would move from its current 90% coverage to universal coverage, and have good conditions in place for sustainability. The graphs not only show the amounts involved, but also the form and shape in which this expenditure comes: high expenses on rehabilitation, particularly at the start of the projection period, to bring all existing schemes that are old or in bad state up to standard. Later on, there are further peaks for rehabilitation costs, as systems that are currently fine grow older and are likely to require some replacement works. Direct support runs as a constant cost through all this, as this is basically the cost of post-construction required to ensure sustainability.

We have now applied this tool in some 8 municipalities. If we combine the data from these municipalities over time, we can get the magic number: the average annual cost of reaching 'everyone, forever' and the number is.... *drums beating*.... 22 US$/person/year.

As with any magic, one has to be careful to interpret what is really happening. The projected expenditure varies a lot from one municipality to another. Both in Marcala and in the earlier reported municipality of Chinda the projected cost is much lower: 12 US$/person/year. For other municipalities, we projected that they required up to 45 US$/person/year. My guess is that in some places we are overestimating the costs. But somewhere between 10 and 20 US$/person/year seems like a good estimate for most municipalities. Many of the input data also have a wide spread, not only with the WASH data, but also with demographic data. A slightly higher or lower population growth could result in different costs; as would using slightly higher or lower unit costs. As these are all gravity-fed piped supplies in highly mountainous areas, the specific costs from one system to another may differ.

For all those reasons, these numbers should be really taken as projections and orders of magnitude. And that is useful in itself, as those numbers and graphs form a basis for further dialogue with municipalities. Because in essence we are bringing news that municipalities often don't like to hear: even though a municipality may have reached universal coverage, it will need to finance their costs of rehabilitation to a large extent, forever. But, we also hope to convey a positive message, in that now they can make macro-level projections of expenditure needs, and set those aside in their budgets - and fundraise for them. And having insight into the magic number helps them in making more realistic budgets.

These tools help you to analyse costs and create a financial overview for your district.