Water for Uganda: ‘one big puzzle that we have to solve together’

RT @ircCatarina: Launch of report: Costing and financing of small-scale water and sanitation services in the pan-European region @SmitsStef… 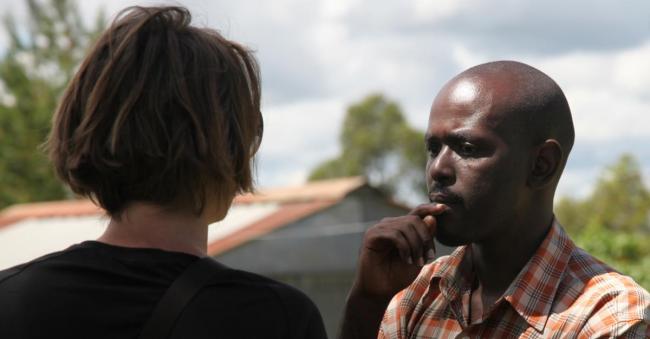 An interview with IRC’s Peter Magara, WASH professional in Uganda's Kabarole district. This is the first of  four stories on how IRC, Water for People and WaterAid with support from the Hilton Foundation work to get water and sanitation services to all families and villages in Uganda, Burkina Faso and Niger.

“Why should some women and children have to wait another fourteen years before they have a water pump within reach?” Peter Magara from IRC Uganda sits with seventy other water and sanitation (WASH) professionals in a room and listens to a speech of the political head of Kabarole District. Magara and his colleagues are here to discuss the urgency of improving Kabarole’s water and sanitation services in order to reach everyone before 2030.

"The local politician needs no persuasion. In fact, he wanted change to happen yesterday."

Magara is surprised: it turns out the local politician needs no persuasion. “In fact, he wanted change to happen yesterday,” says Magara. “It was such a strong message. Leaders with that attitude make great partners to work with.” And a lot of work still needs to happen in the district.

Most of Kabarole’s 500.000 residents live from agriculture and livestock. The district in Western Uganda is one of 111 in the country, where thousands of women and children walk further than one kilometre every day to fetch water from the nearest pump.

Leading water and sanitation organisations IRC, Water For People and WaterAid teamed up after the SDGs were launched and created an ‘Agenda for Change’: a set of principles and actions that would guide governments and organisations to build lasting WASH services. Change had to start at the district level, they agreed. Peter Magara and his colleagues at IRC Uganda already lobbied for some years by then for better services. With new funding coming in from the Conrad N. Hilton Foundation in December last year, one million dollars to be divided between initiatives in Uganda, Burkina Faso, Niger and at the global level, Magara and colleagues could continue the work.

The plan: laying the foundation

The past five months, Magara and a team of fifteen specialists have been writing a ‘masterplan’ with a representation of the reality in the district. The team was selected out of the seventy WASH professionals that were present at the meeting. “Everybody wanted to be on that team”, Magara says. The willingness to participate showed once again how eager everyone was to see change.

The masterplan will be an overall evaluation of the situation in the district. This ‘exercise’ to diagnose the current situation will continue throughout the year. Magara: “We will look at all aspects on what is needed and who should be involved to create water and sanitation services in all cities and villages in the district within the next fourteen years.” By the end of 2017, the masterplan should be in place and the ‘real’ work starts.

Magara and his colleagues will then start testing water systems that are in place: do they give enough and clean water? He will look at where new systems should be built, and where capacity building is needed in the district’s water office. Magara: “We have service providers, but what is their capacity? Does the district’s water office have enough capable staff? Having this information is the key to change.” Setting up the ‘system’ or backbone that will support a basic level of water and sanitation in the district in time is the main focus. Once this is set, in the next ten years the ‘refining’ of the system will start. 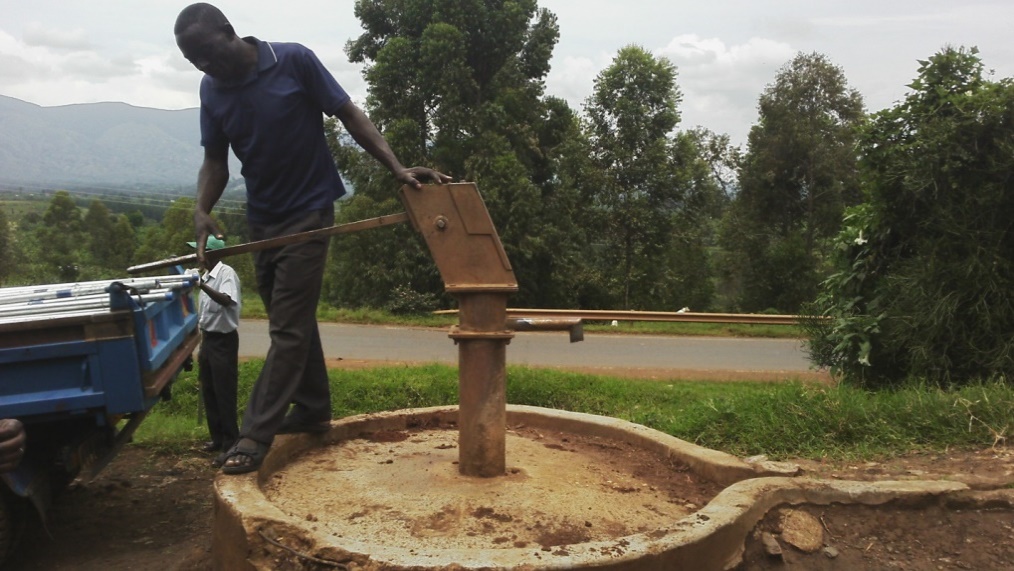 IRC is good at this: it has a long history and track record of monitoring water systems and training and aligning professionals responsible for delivering WASH services. While IRC concentrates on ‘the how’ in Kabarole, the ‘core’ partner organisations WaterAid and Water For People work on different levels to make impact in Uganda. Magara: “WaterAid brings in strong advocacy skills at a national level. Water For People knows how to mobilise entrepreneurs and helps them to fill gaps in the market. If the sector needs more mechanics, Water For People helps mechanics to start a business.”

In Kabarole, IRC is also building one big coalition of local organisations and government in the district. “The aim is to bring everyone to the table”, Magara says. “This work involves a lot of collective action and coordination, so everyone can join.” Partner organisations feel valued, says Magara, because they have an actual say in all matters. “Getting WASH services running feels like one big puzzle that we have to solve together.”

IRC’s commitment, Magara explains, is to not leave until everyone ‘has been served’. This currently means that a water point is in reach of five hundred meters for residents, whereas in rural areas this is one kilometre. Every household should have its own sanitation services in 2030. Magara believes it is possible, but there are some obstacles that need to be overcome first. One of them: the budget.

Users and national government have to tip in

However nice the ‘big picture’ looks on paper, without money to sustain these services it won’t last in the future. One of the ways to keep services running is by collecting tariffs from residents. Families in rural Uganda might not yet be willing to pay for water, but that could change once their service level increases, Magara thinks.

"I am working on the future of my country. I'm an enabler."

This frustrates Magara. “The biggest problem on the horizon is where the money is going to come from in the long run. Kabarole might be our test case, but in other districts we want the same change to happen. Once this ‘masterplan’ is in place, we need government to pick it up from there.” Magara is optimistic about the chances. “The investment of Hilton is an opportunity for us to persuade national government. Within the next five years, we can show them what we are capable of.”

Knowing that local NGOs and local government are now aligned in an effort to reach the SDGs in 2030 is what counts for Magara at this point. Once the masterplan is in place, national government may need some persuasion to start allocating more money per Ugandan for water and sanitation. “To one NGO they might not listen”, Magara says, “but to the world’s three most prominent in one coalition, IRC, WaterAid and Water For People, they might. I am working on the future of my country. I’m an enabler. It makes me feel proud that I am part of this.”