The water sector budget: How much is enough?

A review of the Tanzanian water sector budget for 2021/22. 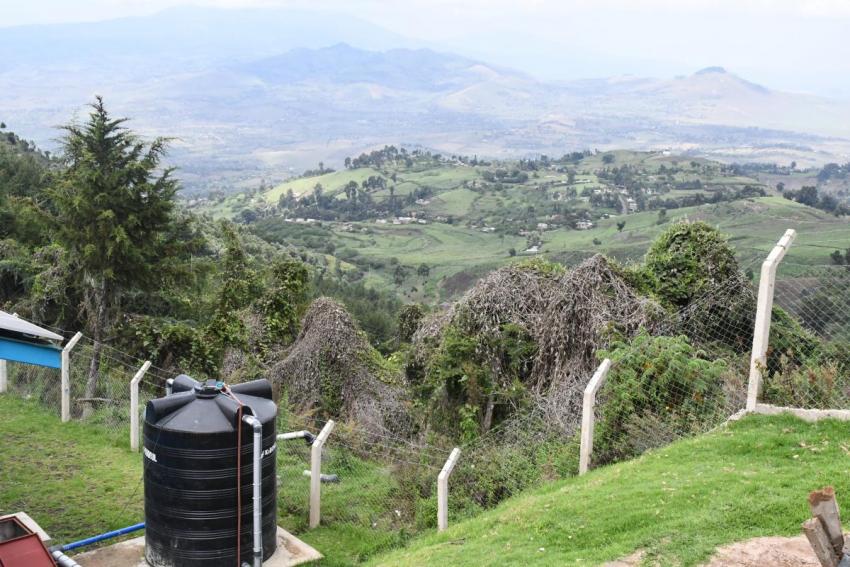 The Tanzanian Minister for Water, Jumaa Aweso was in the limelight on May 6 as he delivered his budget speech in Dodoma. After a thorough debate, on May 10 the National Assembly approved a budget of TZS 680.3 billion (US$ 294 million) for the Ministry of Water for the 2021/22 fiscal year, with the Minister assuring the August House there will be close monitoring as well as proficient implementation of water projects.

Luckily, I had the opportunity to attend the budget session on the first day, and heard the concerns, advice, and compliments made by Members of Parliament (MPs) on several issues regarding the water sector. I was stunned by the fact that MPs actually closely monitor the implementation of the projects that we support, and highly appreciate the support provided by the UK’s government through our flagship projects: the rural water Payment by Results (PbR) programme and the #NyumbaNiChoo Campaign.

The Minister reported that in the past year, the Ministry of Water completed 355 and 67 water projects in rural and in urban areas respectively, providing access to improved water sources to over 3.5 million people.

He further elaborated that the government has made positive progress in providing water services for the public, citing increased water access in rural areas from 70.2 per cent in 2019/20 to 72.3 per cent between July 2020 and March this year. For urban areas, he said several water projects were implemented, bringing access to 86 per cent, an increase in comparison to the 2019/20 financial year, when access was 84 per cent.

However, a close look at the reported data shows that improvement in access is still marginal, with only an annual increment in access of 2 per cent since last year. Several reasons could explain this, but a rapid population growth remains a big factor.  For example, figures show that Tanzania’s population is growing at an average of 3 per cent per annum. In the past two decades alone the country’s population doubled from 30 million in 2000 to about 60 million in 2020. Projections indicate that by 2035, the population will reach 89 million people, with about half the population residing in urban areas.

Population growth will continue to exert a huge strain on provision of basic services and resources, especially water. A recent assessment of the country’s water resources in the nine river basins shows that the average volume of renewable freshwater per capita per year in Tanzania is currently 2,330 m3, although four basins, namely Pangani, Lake Victoria, Internal Drainage and Wami/Ruvu are already in a water-stressed category. With the current pace of population growth, it is projected to decline by 30 percent to 1,621 m3 per capita per year by 2035, putting the country in the water-stressed category. In addition to the population growth water resource challenges are going to increase with increased demand in cities and growing agricultural intensification combined with climate change in the coming years. These factors highlight the importance of formulating and implementing water sector strategies that address the needs of the current and future population amid the uncertainties brought about by climate change.

Rachel Cooper a researcher based at the University of Birmingham recently pointed out in her blog that climate change is a deep uncertainty problem, and therefore, to develop “deep resilience” we need to ”lump” problems instead of ”splitting them” and develop solutions by finding synergies across sectors, institutions, and problems. Water is ideally suited to this as it flows through all sectors and aspects of life.

The Minister requested the Parliament to approve a TZS 680.3 billion (bn) budget for his Ministry. Out of the TZS 680.3 bn total budget, around 33.7 bn will be recurrent expenditure while TZS 646.6 bn will be allocated towards development projects.

More than half of the development budget (around TZS 366 bn) will fund the implementation of 1,527 projects in rural areas, and around TZS 195 bn (30 per cent of the development budget) will fund 114 water projects in urban areas. The composition of the budget clearly shows that it is capital intensive, as more than 95 per cent of the total budget will be directed towards expansion of water systems, renovation of infrastructure and construction of new projects, with rural areas having the highest priority.

While this is a positive sign of government’s commitment to improve access to water where the needs are greatest, there is a concern that the budget is biased towards water supply provision, and only a small portion of it (13 per cent) is allocated to support sanitation and water resources management activities.

Another concern is that an insufficient recurrent budget is allocated to cover the direct and indirect support costs (i.e. costs for pre and post-construction support activities by RUWASA or water utilities, general capacity building, planning, project management, regulation and contributions to sector working capacity). For example, out of the TZS 33.7 bn recurrent budget, only around TZS 15.2 bn (46 per cent) is allocated for direct and indirect support activities (including all administrative costs). More than half of the recurrent budget is for personnel emolument.

One thing to note is that the limited budget allocation for direct and indirect support costs has been a challenge for many years and is even worse as actual budget releases are usually so much lower than the actual allocations. For example, a closer look at the budget and releases for fiscal years 2018/19 and 2019/20 show that for the two years the water sector had a recurrent budget of around TZS 48 bn with around TZS 12.4 bn (26 per cent) allocated for direct and indirect support costs. However, only TZS 7.5 bn was released.

The fact that the sector has a limited budget for direct and indirect support activities is worrying, since these cost elements are critical to ensure delivery of high quality projects as well as the long-term sustainability of projects and services.

Tabling the budget, Mr. Aweso promised to address water challenges and ensure reliable water availability, saying that he will make sure that water is also safe and clean. To do that, he will have to ensure he gets stable and predictable financing. Though, a close look at the water sector budget for the past three years presents a blurred picture.  For example, while data shows that for the past three years (2018-2020), the water sector had an approved annual budget allocation of TZS 688 bn, the actual releases from Treasury had averaged around TZS 408 bn which is 60% of the allocated budgets combined.

This echoes the observation made recently by the Permanent Secretary, Eng. Anthony Sanga who pointed out that for the past 14 years the actual funds received in the water sector has averaged at 58 per cent of the total budget allocations.

The inadequate release of budget negatively impacts project planning and service delivery. For example, the special audit of the rural water supply projects in 2018 found that the insufficient fund releases led to time overruns for most of the water projects. The audit found that it takes an average of four to seven years to fully implement a small-medium scale project in the water sector, way beyond the recommended time of six to twelve months. For sure this has had a huge impact to the first two phases of the Water Sector Development Programme (WSDP), as many water projects could not be completed on time resulting in huge budget overruns due to accrued interests related to delayed payments to suppliers and contractors.

The Minister indicated that the government has embarked on designing a comprehensive plan to establish a national water grid system that would provide a fair availability of the precious liquid in both rural and urban areas. The plan involves a move away from small to large scale water projects utilising water from major rivers such as Ruvuma, Malagarasi and lakes such as Tanganyika, Nyasa, and Victoria.

Currently reports show that the city of Dodoma with a population of over 500,000 is facing acute water shortages, as the current water supply system is only able to meet 50 per cent of the demand. To curb the situation the government has embarked on a long-term project to ferry water from Lake Victoria to Dodoma via Singida. The costs and feasibility of the project are not yet known, but if designed and implemented well there is a view that such large-scale projects have the potential to reap the benefit of economy of scale and will be of strategical benefit to regions that have little or limited freshwater sources.

The National Water Fund (NWF) was established by the Water Supply and Sanitation Act of 2009 and came into operation in 2015/16 before being repealed and re-established by the Water Supply and Sanitation Act of 2019. The Fund aims at providing investment support for water supply and sanitation projects. Currently, the only source of funding is the fuel levy of TZS 50 charged on every litre of petrol and diesel but the Fund has flexibility to mobilise funds from grants, donations or any other sources as stipulated by the Minister for Water in consultation with the Minister of Finance.

According to the Acting Chief Executive Officer of the NWF, Mr. Haji Nandule, the Fund has  since its operationalisation been able to mobilise and contribute over TZS 780 bn to the water sector budget. The NWF is the only predictable source of local financing in the sector.

On 22 April when President Samia Suluhu Hassan addressed Parliament, she indicated that her government is keen to look for new sources of funding to boost the financing of the NWF. She asked the Ministry of Water to come up with recommendations. Indeed, this is an opportunity not to be missed, as additional funding will help to ensure predictability of funding and eventually close the financing gap in the water sector.

Disclaimer: Lukas Kwezi currently works for the UK Foreign Commonwealth and Development Office (FCDO) as Water and Sanitation Adviser, based in Dar es Salaam. He writes blog posts in his spare time. Though he may talk about the work he does in the sector, this is neither a corporate nor a political blog and the opinions and ideas expressed here are solely his own, not those of his employers.