Public utilities are expanding into rural areas, are they the future of water and sanitation services?

In the week of 24 February, I’ll have the pleasure of attending my first African Water Association International Congress - in Kampala, Uganda. This year’s conference theme is “Breaking new grounds to accelerate access to water and sanitation for all in Africa”.  I’m greatly looking forward to the opportunity to attend, listen and learn.

I’m going to AfWA with two objectives.  One is to seek out and encourage new members to join Sanitation and Water for All (SWA). With more than 250 members SWA is already a highly successful partnership. However, I feel that we are lacking a crucial set of actors: public water and sanitation utilities (and regulators) – who will be well represented at the congress. The second objective is to share insights, emerging from IRC’s work, about the evolving nature and involvement of public utilities outside of their traditional urban bases.

Last year in August I wrote a blog “It’s all about the blend” about the mix of different models being used for delivering services in our partner district – Kabarole – in Uganda. Both the National Water and Sewerage Corporation (Uganda’s national utility and host of AfWA 2020) and the newly formed Mid-Western Umbrella Utility were taking over and expanding piped water services within what is still a predominantly rural area. For example, the District Government has recently entered into an innovative agreement with National Water. Under this agreement the district will part finance the costs of expanding urban water through a 9 km pipeline to an unserved area with more than 12,000 inhabitants. National Water will provide the service and will present this work during AfWA. 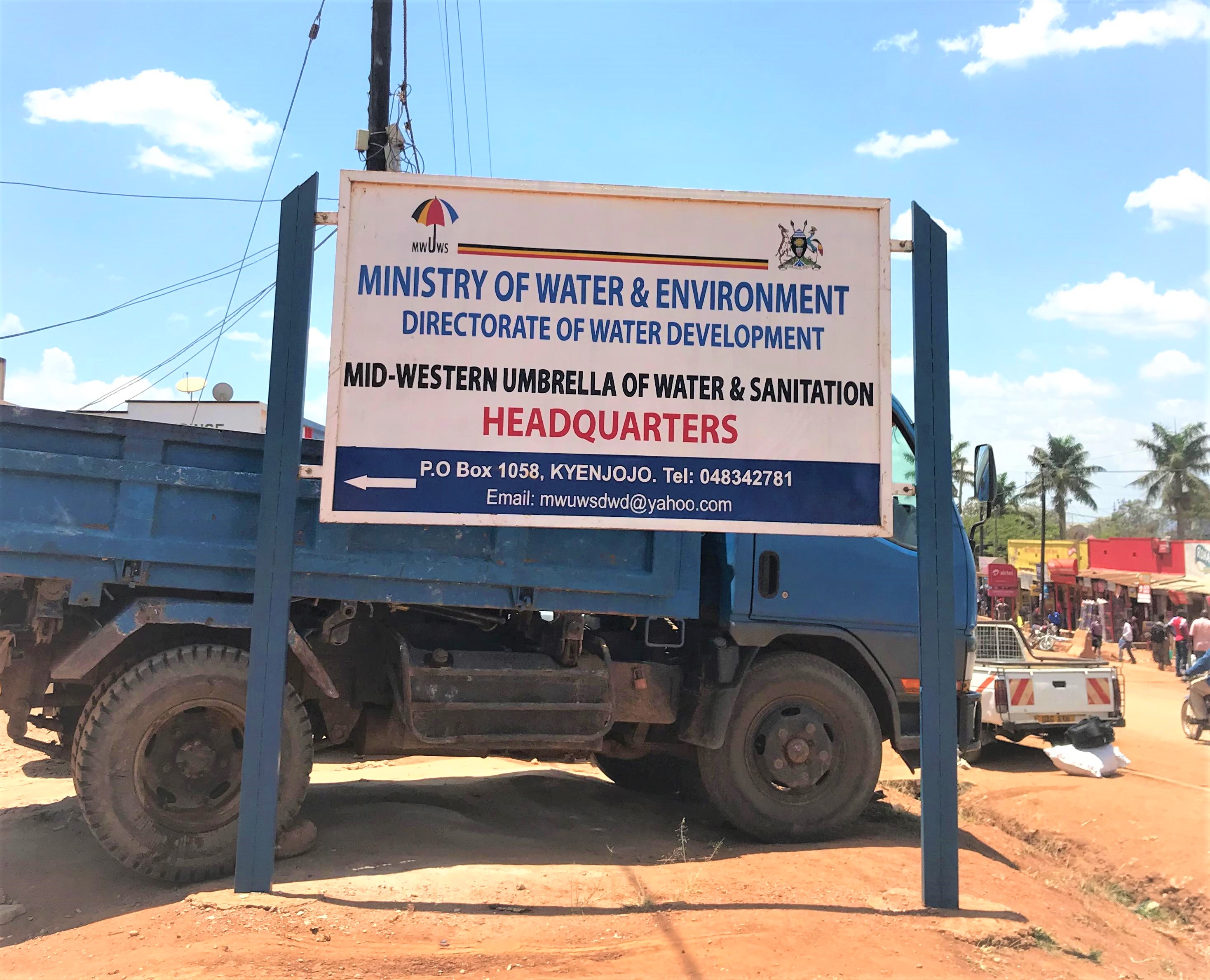 This process that we sometimes refer to as ‘utilitisation’ is something that we see occurring in all of the countries where IRC works. It is driven by a combination of factors – increasing urbanisation of rural areas, growing demand (and willingness to pay) for higher quality services, and a desire by Governments to provide these in line with national and international commitments. In some cases, this means taking over management of water networks previously under community management or small-scale private provision.

It is something that I believe is a largely positive development, representing a maturing of the water and sanitation sector. It represents a badly needed professionalisation of water and sanitation service delivery, particularly where it replaces community management that has largely failed to deliver. Or perhaps more fairly, that delivers at a level that is no longer in line with people’s growing aspirations or indeed the norms set by the Sustainable Development Goals. Because public utilities have the explicit backing of Government, it also makes this approach at least potentially, easier to finance.

At the same time, multiple challenges exist. Urban utilities represent the most financially viable part of the water and sanitation sector precisely because they serve populations who are willing to pay for services. Pressuring them to expand into lower density and poorer peri-urban and rural areas certainly brings the promise of reaching the poor and underserved – but equally brings with it the risk of undermining their business models. Even more so, the new rural utilities that are being formed in Uganda and other countries risk suffering from the same lack of capacity and investment as community management has in the past. Both forms of utilitisation also often cut across the responsibilities of decentralised local government – leading to confusion as to end responsibility for coordination, oversight and accountability – and in some cases even ownership of assets.

This is the message I will be bringing to AfWA, and that I will be looking forward to discussing and learning about from all of the different utility providers and experts attending the conference. As I wrote in my blog in August 2019, I am convinced that the emergence of different service delivery models, and the gradual utilitisation of services in more rural areas is, in the end, only a good thing. The devil, as always, lies in the details: of how this transition is managed, how we ensure that the benefits of more professional services are delivered and paid for, and how we ensure that the new utilities being created are stronger and more sustainable than what they are replacing.