Urban sanitation: a quest for the silver bullet

2015 and the Millennium Development Goals are almost behind us. The new global goals for sustainable development are expected to inspire and create a new determination for all of us. What has IRC learned during 2015 and how are we moving ahead in 2016?

What is the case for urban sanitation?

Rapid urbanisation in many parts of the developing world is putting increasing strain on the ability of municipalities to deliver critical services, such as water and sanitation. More than half the world’s population (54 per cent) live in urban areas. Urbanisation combined with the overall growth of the world’s population is projected to add another 2.5 billion people to the urban populations by 2050, with close to 90 percent of the increase concentrated in Asia and Africa. As a result, many developing countries will face numerous challenges in meeting the needs of their growing urban populations. In a number of regions such as sub-Saharan Africa, population growth has already outpaced gains in sanitation coverage in urban areas. 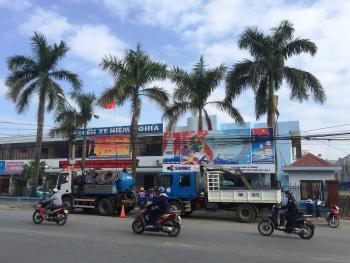 Inclusive and equitable access to improved sanitation facilities is still far away. Inequalities between richest and poorest 20 per cent of the population are found in all regions but may vary according to the type and level of service. Inequalities hinder efforts to reduce poverty and to stimulate economic growth, resulting in a negative impact on society as a whole. Therefore, ideally, more should be done for the poor than the rich, allowing the gap to narrow and ultimately disappear over time.

Moving beyond toilets and containment

Access to improved sanitation facilities does not necessarily translate into environmentally safe practices as even appropriately captured human waste is often improperly stored, transported, or disposed. To date, global monitoring has focused primarily on the containment of human excreta, where a sanitation facility is considered to be improved if it hygienically separates human excreta from human contact. This is now considered to be grossly inadequate as it does not address the subsequent management of faecal waste along the entire sanitation service chain, from containment through emptying, transport, treatment, and reuse or disposal. The Bill and Melinda Gates Foundation (BMGF) states that over 2 billion people in urban areas use toilets connected to onsite septic tanks or latrine pits that are not safely emptied or that discharge raw sewage into open drains or surface waters.

What is IRC doing?

Towards the end of 2014 IRC published a working paper with the title Towards systemic change in urban sanitation. The paper recognised the complexity of urban sanitation and the need to solve several underlying problems at once. It suggested that fundamental change is necessary to move away from an urban sanitation sector that is locked in inertia and unable to move beyond ‘business-as-usual’ approaches. Instead it should move towards a sector that is motivated, is able to learn, and adapts to continuously improving itself. This will require a systemic change process that considers and looks at the whole system even though this is foreseen to be a long, expensive and messy process.

During 2015 IRC has made progress to move beyond the working paper by deepening our understanding on urban sanitation and by starting to develop the systemic change approach as well as relevant tools. Three IRC events on urban sanitation were organised during 2015 in line with this vision, namely:

There are no silver bullets

The key conclusion is that there are no silver bullets. Innovations in technology, finance, as well as service delivery and governance models, needed to strengthen the entire sanitation service chain, are lacking. There does not appear to be a viable solution that works at scale and that produces catalytic, and not merely incremental, change. A number of interesting approaches have been developed and tested such as UCLTS to increase access to sanitation facilities for the poor. So far UCLTS has not proven its effectiveness across the entire sanitation service chain and considering its labour intensive nature it is questionable whether it can be scaled up rapidly.

Considering the potential huge contextual differences between countries, a uniform “one-size-fits-all” approach is unlikely to work. Understanding complex systems does help as long as we come up with contextualised solutions that make sense. Flexibility is required so that approaches can be adapted to local needs and circumstances.  Neither conventional large-scale nor alternative small-scale technologies by themselves will solve urban waste and sanitation problems. The answer may lie in combining technologies and governance models from both centralised and decentralised systems and keeping them context specific.

There appears to be consensus on the need to establish local ownership and local leadership to initiate a “revolution within the existing system”. External parties such as INGOs cannot manage the full sanitation service chain on their own since their inputs are time-bound by project funding. They can, however, play a crucial role by acting as catalysts supporting a multi-stakeholder approach involving local government, indigenous NGOs, empowered citizens, the media, the private sector and others. The Diamond model for example developed by WASTE provides insight into an approach that tries to connect a range of stakeholders and improve interactions between the stakeholders so that they can work together to build a viable system.

There has to be a clear and shared vision for the future as this will allow different actors to work on different parts of the same big puzzle. Although many people believe that systemic change is needed, not all are convinced that it can be done as "a systemic whole". Some suggest breaking up the work into “manageable pieces” and prioritising where to start. Although some think that piecemeal solutions that do not address all the parts of the sanitation chain cannot be effective, others suggest that a number of carefully selected and designed piecemeal solutions can contribute to fixing the sanitation chain. The answer lies in drawing up a comprehensive city-wide strategy developed on the basis of a thorough assessment that explores all the elements of the urban sanitation service chain as an integrated system.

We are convinced that systemic change is necessary and that this can best be done by establishing a collective vision and developing phased city-wide sanitation strategies that address all, rather than just some of the bottlenecks, and enable a progressive realisation of the urban sanitation vision. These strategies will then form the basis for a range of different actors to work together and for constellations of different actors to work on different aspects of the bigger puzzle. This will have to be done through innovation, testing, learning and scaling. Initiating the change process, which consists of visioning and a comprehensive diagnosis, is an important first step in the entire process. In 2016 IRC will therefore continue with the work on developing the systemic change process together with relevant tools.

IRC is in the process of developing a simple-to-use tool that supports the rapid assessment of the human waste flow along the entire sanitation service chain starting with capture and containment, through emptying and transportation all the way to treatment and disposal and or reuse. A prototype of the tool will be tested in the first half of 2016 as part of an ongoing urban sanitation development programme in Indonesia. It is expected that the tool will provide insight into which elements of the sanitation service chain require strengthening. This should help to develop innovative, or strengthen existing, commercial and municipal service delivery models.

Considering that many of the fastest growing cities in the world are relative small urban settlements with fewer than 500,000 inhabitants, we intend to focus on these smaller cities.  We will continue developing the crucial visioning and diagnostic phase through an action research programme. This programme will develop and test the approach (systemic change process) and accompanying tools that cover all the interconnected elements of the first phase. This covers managing partnerships and building trust, assessing the current situation and context, consensus building around a shared vision, and developing a comprehensive city sanitation strategy.

Calculating shit volumes can be a messy business