How to champion and lead radical improvements in public services

Shouted at by water users and shouting for support

The challenges of small town water supply and the need for systemic change: the case of Gazer town.

This is Ato Mantegabtot Negash 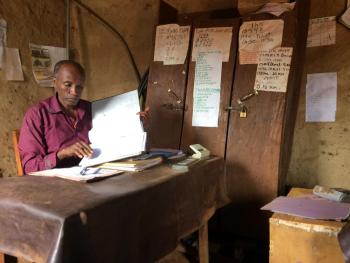 , the manager of the Gazer Town Water Utility. Together with three mechanics and two bill collectors, he is responsible for providing water services to more than 5,000 people in Gazer town, the woreda (district) capital of South Ari woreda in Southern Nation, Nationalities and Peoples Regional State of Ethiopia. Meeting him in his office recently, he expressed his frustration with his job.

The people from Gazer town are not happy with the limited water services that they receive and regularly shout complaints at Ato Mantegabtot. According to him, the availability of water resources is not a problem. The springs that supply the system provide more than enough water. But the pipe that is supposed to transport water to the town some 5 km away, is too small with lots of leakage points, and the scheme, with 23 public standpipes (of which 7 (30%) are not functional, mainly because of problems in the distribution network), 314 household connections and 19 institutional connections are not adequate to provide water to the town's growing population. Although the scheme was built only about 11 years ago, it is no longer able to meet the increasing demand.

Because of the supply problems, water is not provided 24/7, but each part of the town gets water for some hours at certain days a week. The majority of households depend on water from public taps. On average, it takes them about 20 minutes to collect this water. For this, they pay 0.3 Ethiopian birr per jerry can at the public taps (15 birr per m3, which, at about 0.56 Euro is more than half of the 1.08 Euro I pay per m3 for high quality 24/7 water supply in my house in the Netherlands....).

there is generally not enough money for spare parts, let alone for major repairs, expansion and rehabilitation

People with household connections in Gazer pay 6 birr per m3. However, because of the poor services, water sales are low, with households using water from standpipes using only an average of 11 litres per person per day. Therefore, revenues are low and not sufficient to cover even the basic operational costs. The revenues only cover the salary of two of the six staff members, with the other four being paid for by the woreda Water, Mines and Energy Office. This also means that there is generally not enough money for spare parts, let alone for major repairs, expansion and rehabilitation, which are needed to ensure the provision of better water services, which could lead to more water use and higher revenues (and less shouting of water users at Ato Mantegabtot). Ato Mantegabtot has tried to take this up with the Woreda several times. He has written official letters, one in June last year (2016) and one last April (2017), but is yet to receive a reply.

Ato Mantegabtot feels that he lacks the capacity, experience, skills and back-up support required to do a good job. Before the implementation of the system, Ato Mantegabtot served four terms as a WASHCo member. When the piped town system was implemented, he applied for the job of utility manager, as announced by the Woreda. However, he has found out that managing a piped scheme is much more complex than managing a handpump.

This case clearly shows the common challenges that many small town water service providers are dealing with: insufficient capacity, low levels of revenues and low cost recovery rates, and insufficient support from local government, resulting in the provision of sub-standard water services to the (rapidly) expanding town population, leading in turn to low water use, revenues and cost-recovery rates. Breaking through this vicious cycle is a challenge and cannot be achieved by the utility by itself. Local government has the mandate to provide the required support, but struggles to fulfil this role (not just in Ethiopia, as was discussed in a 2015 RWSN e-discussion). We believe breaking through this will require a better understanding of the complexity of (small town) water service provision and the systemic changes needed in order to ensure the provision of adequate services in a sustainable way. 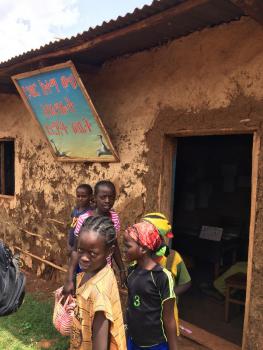 As part of our involvement in the USAID-funded Sustainable WASH Systems Initiative in Ethiopia, we are committed to work with sector stakeholders, including service providers, local government, but also NGOs and academic organisations for ensuring access to adequate WASH services to all people in South Ari woreda by 2030, including the increasing population of Gazer town. New momentum is sought by applying a systems approach. This includes bringing stakeholders, including the Gazer Utility Manager and woreda (and zonal) water office staff, together in learning alliances to deepen understanding of systemic challenges and coming up with comprehensive strategies for addressing these challenges, in order to achieve the vision of universal access to sustainable WASH services. Systemic change takes time, so Ato Mantegabtot may have to endure being shouted at a bit longer, but through this process he, and his governmental and non-governmental South Ari colleagues will hopefully soon be on the road to improving water services in a collaborative way.

To be continued.... And here is the follow-up

How to champion and lead radical improvements in public services