IRC is working with partners on a research project called 'Community Water Plus'. It consists of case studies throughout rural India. The objective is to understand which models of community managed water supplies - with professional support - work well, and why, so that we understand how they can be managed even better in the future.

Late in the evening of the 21st of July our train left from New Delhi station. Early, very early the next morning our train arrived in Dehradun: it was raining heavily and we had to run to the car not to get soaked, but we were glad to get out of the Delhi heat. Later that day it cleared up and we went to the Himmotthan office for a meeting and a presentation on their Community Water Scheme. This is a project that gives rural villages better access to clean water, and gives support on managing these water supplies. Himmotthan is the Himalayan region initiative of the Tata Trust. There are 133 villages in the scheme now, mostly in the remote corners of Uttarakhand. The Himmotthan project has a strict timeline, so that their objectives are met and results are clear. Before being able to participate in the Himmotthan project, the village needs to be completely open defecation free. This means building toilets, but also working towards sustained behaviour change. India accounts for 60% of all open defecation in the world, and this severely affects hygiene and health. A second requirement is that the communities bear 10% of the costs of the water projects.

On the second day Vinod from Himmotthan took us to see three villages in the mountains. Our first stop was near a house that was quite some distance away from any clean water source. They rely on 'rainwater harvesting' here. The house has a rooftop that is used to catch water during the rains/monsoon, after which it is filtered through coconut fibers and pebbles, before being stored in a tank with a capacity of 7000 L. This massive amount is sufficient to serve a household for a whole year, even through the drought of summer. 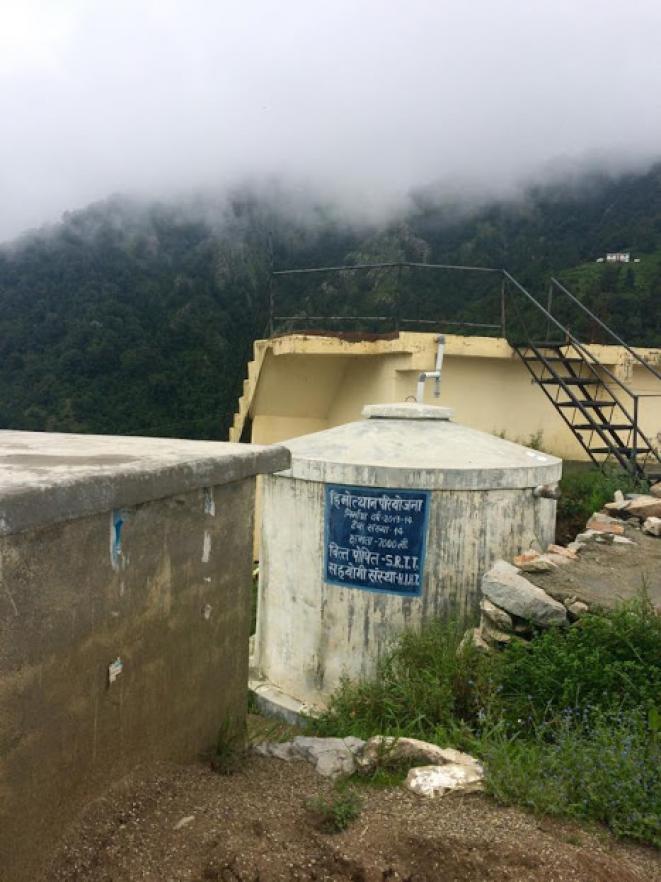 In another village some houses are located below the water source, and the water is transported through common pipelines using gravity. But since the road is higher up in the village, some houses lay many metres higher than the source. To get the water to the people that live there, a pump has been installed that works on solar power. The solar panels are designed in such a way that even in very cloudy weather they still work. This installation takes the water up 186 metres to the people that are living there, so that the women no longer have to walk the 3-5 km a day to fetch water. It is important to understand what a big influence this has on people's lives: the average time that is spent in a day collecting water has been reduced from more than five hours to just over an hour. The available amount of water per person per day has increased from 5-13 litres a day to 70-155 litres a day. One family told us that they have since created a little garden as they now have time to work in it and can use the water for irrigation. 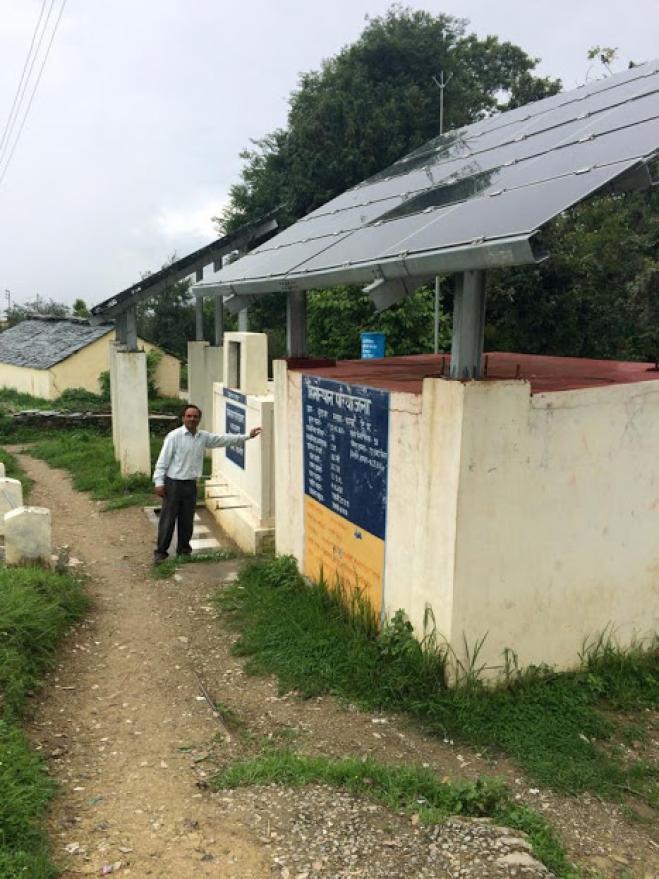 But before households can have access to any clean water it first needs to be made just that: clean. This is done through filters right at the source. As you can see on the picture, there are three tanks, each with more thorough filtering. Each tank can be bypassed separately if needed, for example for cleaning. The tanks are locked so they can not be tampered with: only the village worker has access. After the filtering the water also needs to be chlorinated to make it fit for consumption. This happens in a fourth tank. 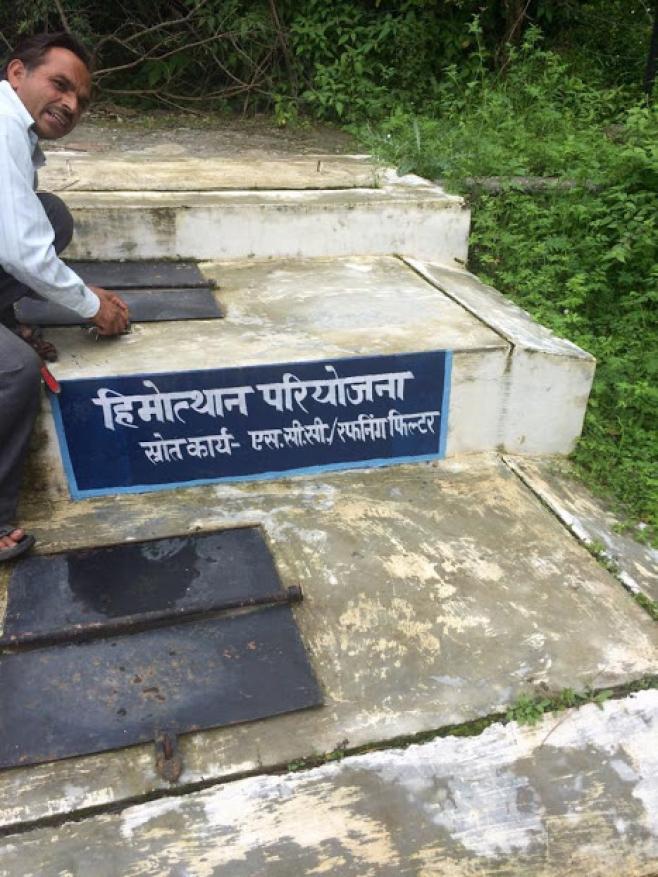 The most important aspect of this project is the community involvement and the organisational support they need. Unfortunately 30 to 50 percent of water facilities that are installed by the government or external organisations are no longer functional after a few years. This is caused by issues such as a lack of ownership of the facilities, unavailability of spare parts, and no viable infrastructure in place for backup. In the Himmotthan scheme the community has a water committee that consists of people from the village - including 30% women. This ensures s engagement but also sustainability of the water access for future generations. Any issues or crises that could arise can be resolved locally and democratically.