Run for the toilet: inspiration for Burkina Faso

A story of solidarity across continents

In March 2018, IRC Netherlands and friends showed solidarity with the people of Burkina Faso by participating in the City Pier City Run. Their goal? To raise funds for more toilets in Burkina Faso. The crowdfunding campaign ended with over 4,000 euros raised. We are happy to share some good news with you about how the run in the Netherlands has supported the people of Burkina so far.

The run in the Netherlands and the connected crowdfunding campaign was an act of generosity that warmed our hearts here at IRC Burkina Faso. We imagine people who probably have never set foot in our country, or even in Africa, but who understood that the people of Burkina Faso too would like to have access to clean and healthy facilities.

In our country, not everyone understands this.

The subject is sensitive here. Regardless of whether people have access to clean toilets or not, it is difficult to initiate conversations about the issue. The topic causes uneasiness and smiles that show that there's a taboo to break through. Still 48% of the Burkinabé population defecates in the open. What this means in the daily life of millions of people is hard to imagine until you are confronted with it. Their dignity? They have to swallow it all the time.

At IRC Burkina, we launched an innovative campaign in 2017, called Fasotoilettes. With the support of the first lady of the country, Ms. Sika KABORE, we aim to increase the number of toilets by activating national solidarity. The goal is to convince people who have the means, to offer the construction of latrines to their families. Mentalities must change!

The solidarity of people who ran for our cause in the Netherlands should serve as an example.

How the run in the Netherlands managed to support Burkina

When we received news about the amount raised, we reflected long on how we should use it to have the greatest impact possible.

Recently we worked with the municipality of Banfora district on developing a 12-year strategic plan that sets out how the district will achieve access to safe water and sanitation services for its population. So, we decided to use the funds to bring the authorities and the people of Banfora together for a two-day event focused on raising awareness about the issues of sanitation and hygiene. Our main goal was to mobilise people to participate in the Fasotoilettes initiative.

Throughout the month preceding the grand ceremony, IRC supported the mayor in an extensive awareness raising and mobilisation campaign. Four representatives went to meet the diaspora in Ouagadougou (the capital of the country) and Bobo Dioulasso (the second largest city in the country). Twenty young from Banfora travelled to towns and villages in the district to meet entrepreneurs, officials, wealthy and other people of good will and some means, to inspire and mobilise them. These young people communicated their activities on social media to reach even more people. We broadcasted a radio spot through four local radio stations and ensured visibility with ten pieces of 5x2 meter banners and a hundred A2 posters that we put up in all public places in the city and in the villages. 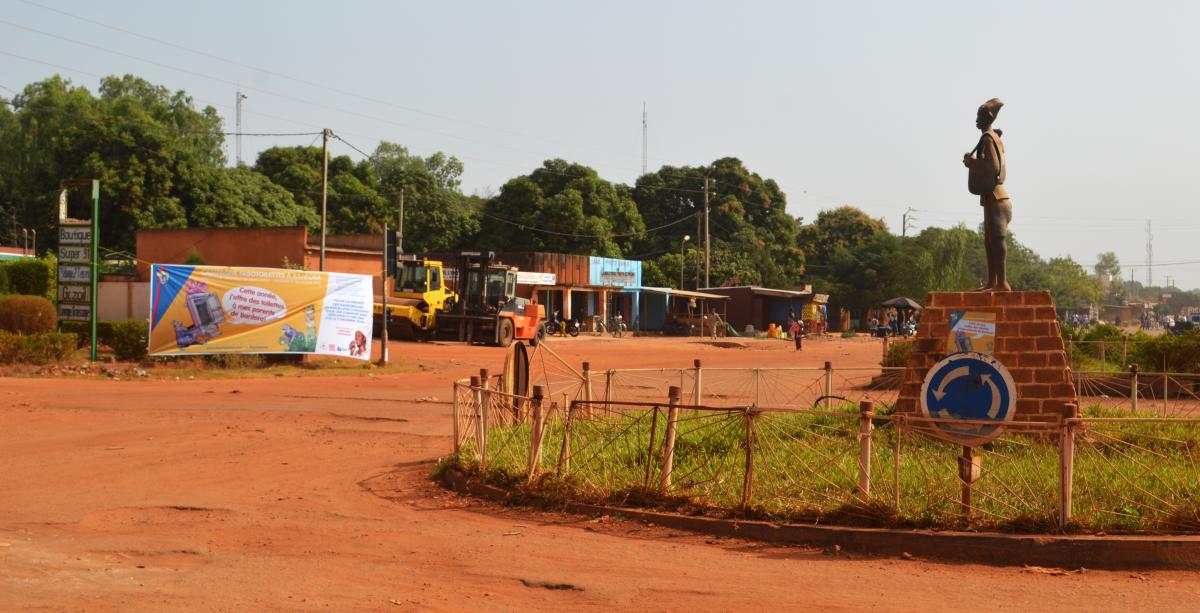 Banfora district's run for the toilet

After this intense work was finished, on December 20-21, 2018, it was time for the big event, which we organised together with the Town Hall of Banfora.

On the 20th of December, Banfora district held their very own 'Run for the toilet' race at a popular crossroads. Taking the example of our supporters in the Netherlands, the participants from Banfora ran 12 km. To understand the value of this gesture, one must know that due to the heat and general lifestyle that usually consists of hard work, running is not one of the favourite activities of the Burkinabé. But this Thursday afternoon, in the bright sun and with temperatures at 35 degree Celsius, 200 people ran for the toilet in Banfora district. 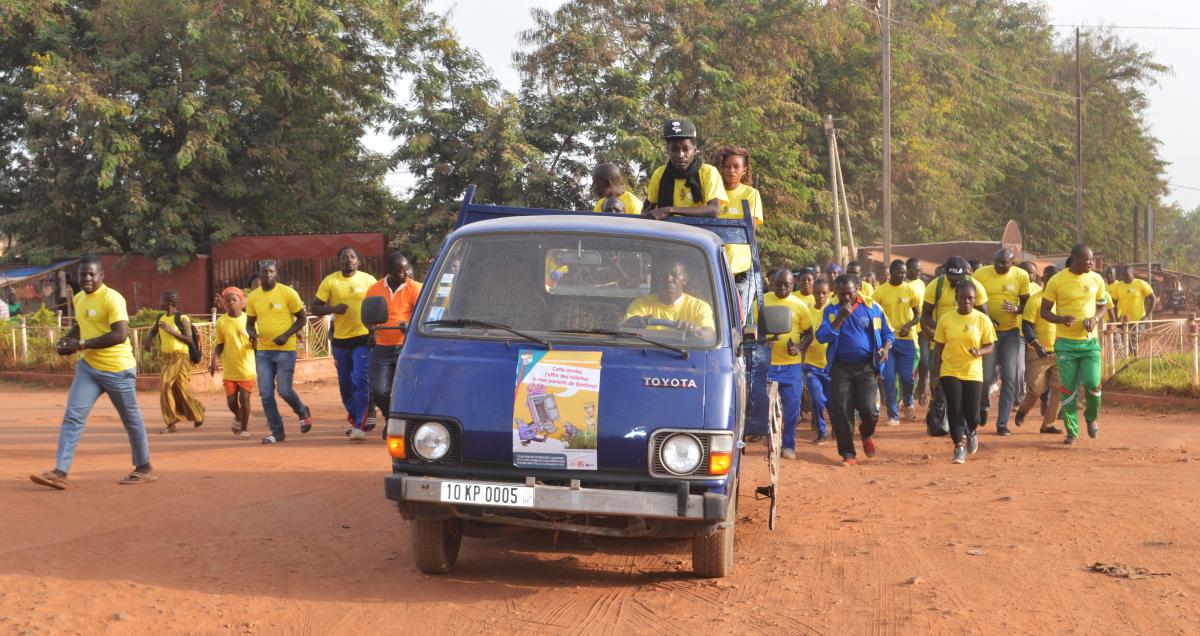 The second day started with an official ceremony, where the mayor of Banfora symbolically handed over a latrine model to a family. By showing the gesture of donating a toilet, the event aimed to strengthen the core message of the Fasotoilettes initiative.

In addition, WASH United organised an awareness raising campaign for the adoption of good hygiene practices in schools and mobilised more than 350 schoolchildren and their teachers in one of the schools of the municipality. 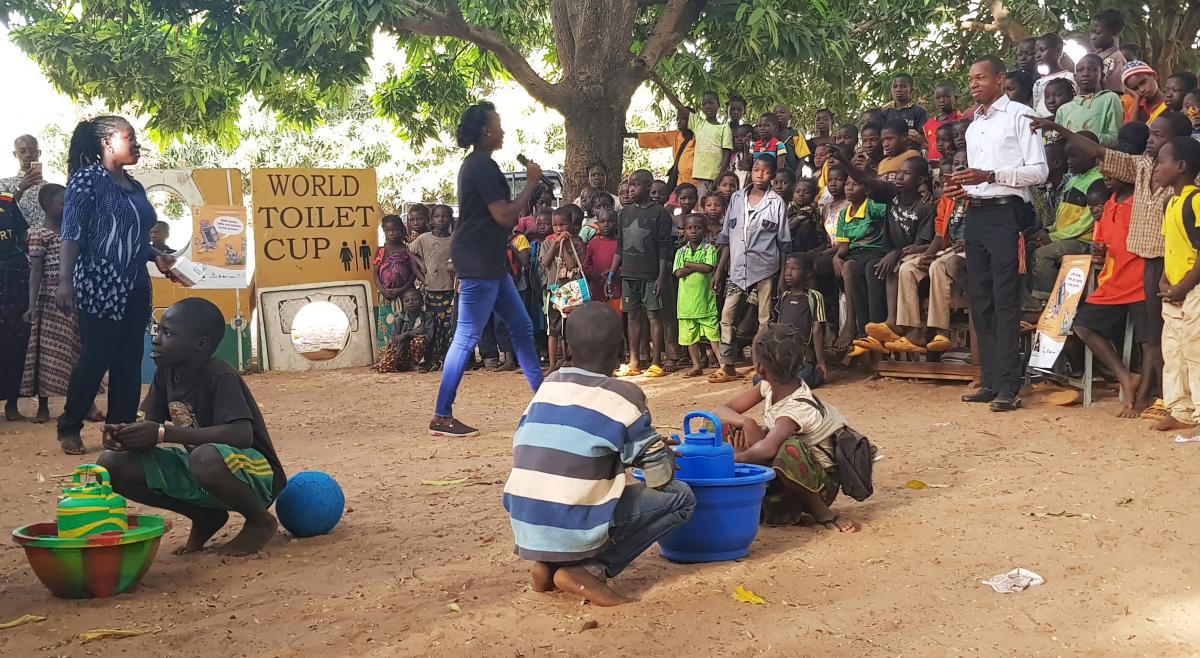 By the end of these events, nearly 500 people committed to build a toilet for a family member. The mayor and the bishop of Banfora set a good example by offering to gift 10 latrines each in 2019. In total, the goal of the municipality is to have more than 1,500 latrines offered to vulnerable relatives or fellow citizens by the end of the year. This represents an investment of at least 170,000 euros in latrine construction by private individuals (75,000 CFA francs, or 115 euros is the average minimum price to build a suitable toilet). Before 2019 had started, we already had a third of this covered – as far as commitment is concerned. Never had Fasotoilettes been so successful!

The work does not stop here. The water and sanitation teams of the Town Hall, under the supervision of the DREA (Regional Office for Water and Sanitation) with the support of IRC Burkina Faso, still have a long year of work ahead.
The process of constructing toilets in the district will be closely monitored. Not only to ensure that promises made are realised but also to guide technical specifications that are necessary to create safe and clean facilities. The media also has an important role to play in tracking success, so they will follow-up with their audiences and encourage implementation. IRC will of course continue to support and advise the municipal teams throughout the process.
We would like to thank all our supporters in the Netherlands once more and hope you'll continue running for good causes in the future.

Our work in Burkina Faso
#runforthetoilet: IRC participates in the City Pier City Run to raise funds for toilets in Burkina Faso
In Burkina Faso the political commitment for sanitation is unequivocal: The first lady of Burkina Faso has pledged her support for the "Fasotoilettes 2017" campaign