RT @IRCWASH: Missed the #WASHfinance webinar on costing and financing small-scale water supply and sanitation service provision in the pan-…

In 2014, the UN Refugee Agency (UNHCR) and IRC have started a collaboration to pilot the life-cycle cost approach in the context of refugee camps. 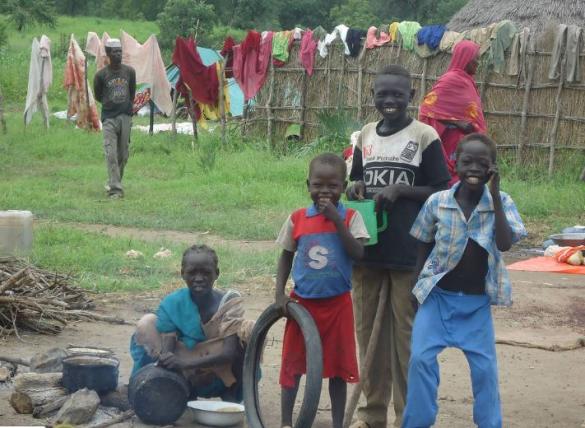 The collaboration consisted in adapting the methodology to understand capital investment and the costs of ongoing operation and maintenance of water systems in refugee camps - both in emergency and post-emergency situations.

The life-cycle cost methodology has been adapted to understand the financial resources required to provide specific service levels (the methodology report can be downloaded below). It was important to understand not only the costs of minor and capital maintenance, but also the costs of the support required for administration, management, monitoring and reporting functions endorsed by international agencies.

Two refugee camps (Bambasi in Ethiopia and Kounoungou in Chad) have provided the reality check for the methodology. We have tried to answer the following questions:

There are discrepancies in the reporting monitoring systems and the observed costs and service levels. The major difficulties related with data collection and discrepancies include determining the volume of water used and the actual number of the refugee population for a given year.

In an exit strategy, this means that a refugee in Bambasi would have to contribute/pay a tariff of $12 per year to keep the water service, and a refugee in Kounoungou, $6.80 per year.

Combining service levels and unit costs shows that refugees in Kounoungou receive on average a better and cheaper water service than in Bambasi. Compared with regular rural settlements in Africa, the costs are generally higher but the actual levels of service provided in the two camps is also higher when compared with regular settlements in Africa. The water quality, quantity, access and reliability are generally good.

*Benchmarks in regular rural settlements based on WASHCost benchmark data for the costs of a “basic” level of service, which has a lower standard for distance and crowding than a service in a refugee context.

The research report can be downloaded at the bottom of the article.

Recommendations and next steps

Because total quantity and quality of water largely drive investment cost, it is crucial to know how much water of what quality is required, based on real demand, so that UNHCR and its partners can determine whether to maintain existing levels of investment per capita, alter the standards or revise the levels of investment. One recommendation of the report is to regularly monitor water demand (population size) as well as supply (quantity of water being de facto provided).

Findings of the report cannot be used as benchmarks but do provide the first cost figures for the refugee context.

In the coming months we will publish a similar analyses using the UNHCR world database. This work will inform what source data can be used in the future to automate this type of analysis.