RT @NaomiAKlein: I often say that we don't win if we play "my crisis is bigger than your crisis" and I believe that. But this ⬇️ here is th… 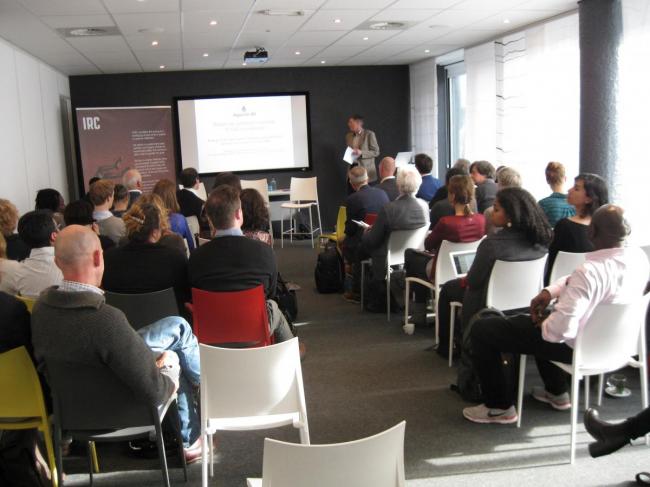 Some 50 water and sanitation specialists came to The Hague on 30 March to discuss ways to achieve the global goal (SDG 6) of reaching universal access to water and sanitation by 2030. IRC’s CEO Patrick Moriarty opened the event “‘Reaching universal coverage: an Agenda for Change” in a positive mood. He recalled how both experts and ministers at a recent high-level meeting in Addis Ababa agreed that a shift in thinking was needed to plan, monitor, measure and map progress towards SDG 6.

IRC Senior programme officer Stef Smits explained how IRC and Water For People have developed a roadmap to achieve universal piped water coverage in 30 focus districts in Honduras as well as having plans and policies in place at the national level. The government of Honduras has replicated this for all 298 municipalities in the country.

The roadmap establishes if policies are in place, if there is a services inventory and if the costs of reaching universal access are calculated. Such a rational top-down approach still requires serious engagement with political processes and needs to take into account parallel community-based and private sector approaches. 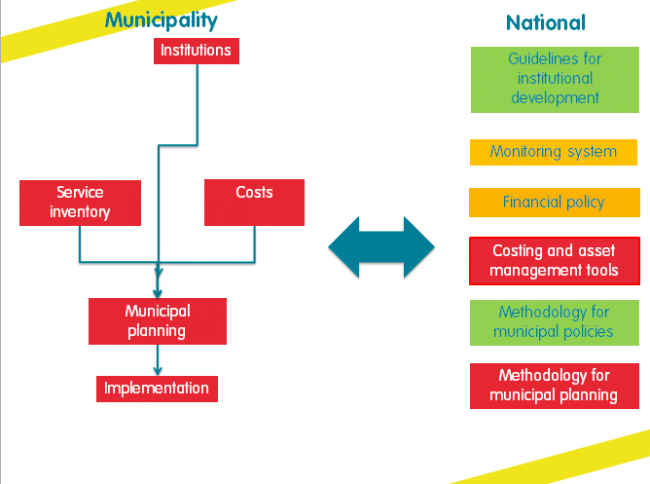 While Honduras is making good progress in achieving universal access, rural water coverage in Uganda is stagnating and rural sanitation coverage remains far too low. Water, sanitation and hygiene (WASH) are still not a priority. Nevertheless, the government aims to reach universal coverage not only for households but also for clinics, schools, and prisons, said IRC Uganda Country Director Jane Nabunnya Mulumba.

IRC Uganda is working in 4 districts according to the WASH Agenda for Change principles. There are also actions to build national systems to influence sector policy and advocate for more financing for hard to reach districts. One of the challenges is that NGO subsidies sometimes distort the system, when other organisations offer nothing. 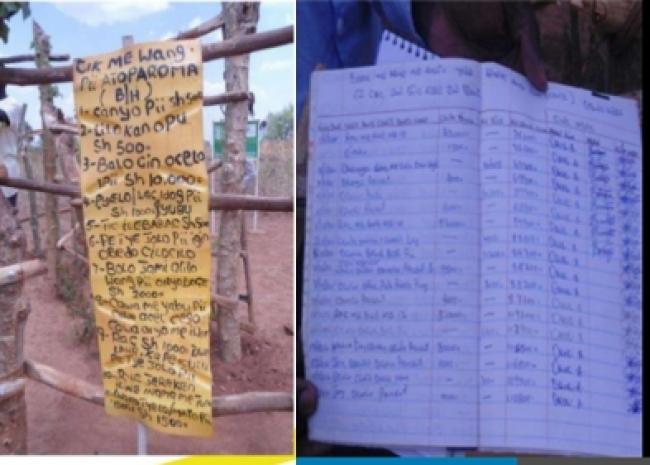 Following a business as usual approach would mean that the rural country of Kajiado in Kenya will only achieve universal water coverage in 2131, said Dick Bouman, Programme manager at Aqua for All and Fund manager for VIA Water. Which solutions could Kajiado follow to achieve full coverage by 2030? Mr. Bouman presented the examples of Purefresh and Africaqua, two more profitable water “kiosk” models that meet different user needs: high quality water and convenience, respectively.

Grant funding and subsidies can be used to leverage and attract private businesses and to bridge gaps, but in the end sustainability relies on users’ ability and willingness to pay.  Encouraging public-private partnerships and franchise/lease models are some of the measures that will support scaling up. 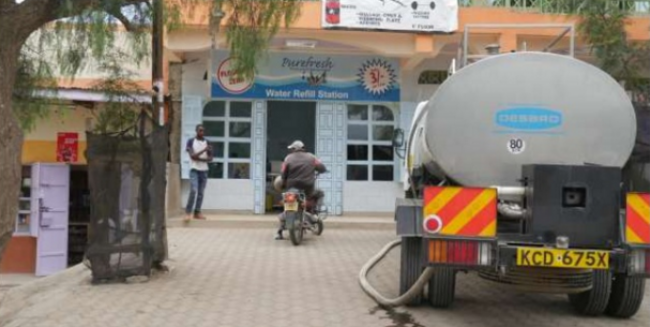 After their presentations, the three speakers answered questions from the participants about coverage, inclusiveness, sanitation and bankability.

How is coverage defined in reality? In Uganda national and local government have different “perspectives” on definitions of coverage. Very few rural water services meet the national norms for coverage, so local government tends to use less strict criteria for example for the minimum acceptable distance to water sources.

In Honduras, some municipalities may officially have 100% piped coverage, but in reality this may only be say 85%. There are always people unwilling to pay for connections or unconnected remote villages. In these situations regulated self-supply (private wells) would be an acceptable alternative to piped connections.

Can small and medium enterprises (SMEs) ensure inclusiveness? It is not common or regulated, but sometimes SMEs offer free cross-subsidised services to the very poor. Another option is for them to use differential pricing to offer affordable services to the poor.

Involving women is often crucial for the success of water and sanitation services. In Uganda 30% of water committee members must be women. Where this works, women are often treasurers, but they are reluctant to join water committees when this requires asking permission from their husbands.

In Uganda and in other countries, WaterAid is partnering with disabled persons organisations, run by and for disabled people. Disability is one of the topics of the WASH Agenda for Change (WA4C) initiative.

Dealing with disparity between districts is another challenge. The Everyone Forever initiative in Honduras aims to achieve universal coverage in a number of selected municipalities. For the government it is more difficult to follow such an approach; they cannot be seen to favour some municipalities over others.

Uganda has developed a formula for the allocation of conditional district grants. The size of the grant depends for instance on whether or not NGOs are active in a district. A new policy is under review after complaints about districts that were “inflating” population data to get bigger allocations. Advocacy for fairer allocation of grants will be included in the Watershed strategic partnership initiative.

Tackling inequity requires the development and strict enforcement of regulation. Otherwise the power of water “mafias” that destroy piped systems to protect their water tanker or kiosk business cannot be broken. In other cases regulation is needed to prevent that water is subsidised/free in one district while other districts apply full cost recovery tariffs.

Sanitation is still lagging behind, especially in poor countries like Malawi. In Uganda, the sanitation budget line was actually removed despite the existence of a Sanitation Working Group. NGOs successfully appealed to get it reinstated, but the budget for sanitation remains too low.

In Kajiado, Kenya, the Community-led Total Sanitation (CLTS) approach was surprisingly successful, but can it help people to move up the sanitation ladder?

The good thing about WASH is that a cost-benefit analysis is no longer required to justify investment. Water and sanitation are recognised as human rights so we can focus on calculating how much it costs and what to prioritise. This in itself is enough of a challenge.

Making WASH attractive for the private sector is a different matter. The answer lies partially in linking up with other sectors. Water treatment systems providing drinking water in combination with other commodities is proving successful in Nepal. For sanitation nutrient recovery for agriculture and biogas production for renewable energy show promise.

The role of aid and trade, however, is not the way to go. Trade opportunities for foreign companies to serve the “last mile” inhabitants without access are virtually non-existent. Business development should focus on supporting local businesses not Dutch or other foreign companies.

There are serious challenges to reaching the SDGs. For water the main challenge is reaching the last mile, while sanitation is lagging behind. More advocacy and lobbying are needed to get sanitation moving.

"An 'unholy alliance' between the left and right has emerged", concludes Patrick Moriarty. Community management didn’t work so now the private sector has been called in to help reach universal access. The role of government is both that of a regulator and to provide the space for the private sector to invest in the water and sanitation sector. So the answer to the question “are government-led and private sector approaches mutually exclusive?“, has to be no. Governments take the lead but they must work together with the private sector and communities who hold governments accountable.