A race against time in Burkina Faso

RT @Ksheebah1: This world doesn’t owe me anything . It’s not going to give me anything but with hard work and integrity, Everything is poss… 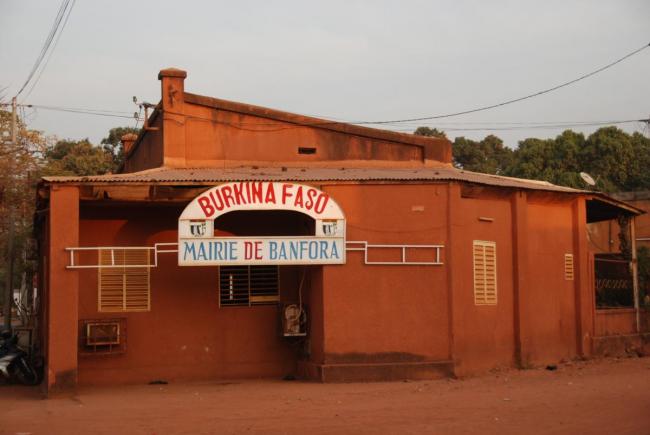 In Burkina Faso, IRC’s country director Juste Nansi is working hard to get a strategic plan on the table for water services in three districts. With heavy rains coming soon, newly elected officials in office, and different opinions on how to change the water sector, time is his biggest concern.

Juste Nansi has been working around the clock. He has one year to build a strategic plan to transform water services in three of Burkina Faso’s districts. "The roadmap for change", as Juste calls it. He needs technicians, municipalities, and organisations in the local water sector to work on his side and develop the plan.

As June arrives, the rainy season turns rural roads into big mud puddles. The green leaves will be dripping in between heavy showers. Villages will be difficult to reach until October. People will use the season to work in the fields and in their vegetable gardens. They will not have time to attend meetings and think about his plan.

Nansi, a WASH professional with more than a decade of experience in rural development in West Africa, knows that anything he wants to get done needs to happen within the coming weeks. Collecting data in the field, getting agreements and meetings in municipalities, or developing a common plan will be an illusion when the rain kicks in. “Time, that is my main concern”, he says when introducing the IRC roadmap he is working on.

Change in Burkina Faso by 2030

With support from the Hilton Foundation, Nansi is leading the effort to get clean water and sanitation to three of Burkina Faso’s 351 'communes': Banfora, Bérégadougou and Niangoloko. The aim is to work in the country’s southwest Cascade region on a strategy with the municipalities until everyone has water and sanitation facilities by 2030. The lessons in the region will be shared nationally, so other 'communes' can use it to their benefit.

In Juste Nansi’s strategic plan, local municipality staff and technicians will be trained to build capacity and develop strong skills. Existing WASH systems will be evaluated, new ones tested. National government will be encouraged to invest more in sustaining WASH services and to provide municipalities with frameworks for financial flows to do so. In the long run, national funding is needed to get WASH services to the whole country. But first, the roadmap should be agreed upon with the partners involved.

Nansi is working in a changing and often instable landscape. Burkina Faso, landlocked in Western Africa, is a poor country. Around 28 percent of the 17.4 million inhabitants do not have water facilities. A stunning figure of 80 percent does not have sanitation facilities. In the cities as well as in the villages, people relieve themselves in improvised toilets or in the bush. The country suffers from recurring droughts, past military coups and recent terrorist attacks by Islamic groups.

The Millennium Development Goals (MDGs), aimed at reaching half the population without water and sanitation, were not met here in the rural areas. Only in urban areas water provision was in line with the MDGs.

Juste Nansi is a Beninese national but has been living in Burkina Faso for over a decade. Over these years he has helped local and national authorities to build systems and strategies for water delivery, but this time it is different. “Reaching the Sustainable Development Goals is far more complex than the MDGs”, he says.

“I believe it is possible. But we need to agree on the ‘how’. Many here believe that business as usual will get us there. But I say structural changes are needed. If we can’t even agree on the way forward within one year, how can we believe the SDGs will be reached? We need to hurry up.”

With Hilton’s support Nansi’s IRC-team chose to work in three districts of different sizes. In Banfora (162,000 inhabitants) IRC already supported capacity building to the municipality staff for two years. Nansi knew that the lessons learned in the city would be different for a town half the size, like Niangoloko (78,000 inhabitants). The smallest of the three he chose, Bérégadougou (15,000 habitants), is largely depended on Banfora for its water supply. With this combination Nansi expects to be able to work and learn from different realities.

Not only has the size of the towns mattered, Nansi’s team also has to take security and political issues into account. Last year, Al-Qaeda in the Islamic Maghreb claimed an attack in the capital Ouagadougou, killing thirty people. Following an uprising in 2014 and elections in the year thereafter, newly elected officials populate the municipalities where Nansi was working on water services. “It meant we had to start all over again with trainings”, he says. “Luckily not all technicians were replaced. But local authorities have the end responsibility. They hire the implementing private or public operators, so they need to know what they are doing.”

Supporting municipality, not taking over

Making local authorities aware is Nansi’s main effort. “Providing reliable WASH services is their mandate. I want them to understand the bigger picture so they understand the day-to-day decisions that they need to make”, he says.

IRC trains municipality staff on the job. Nansi: “We ask them to come with data, analyse it together and discuss what is needed. We make technical choices, and look at the budget together.”

Bassié Héma (Mayor of Niangoloko): "The partners indicated that we have to make the plans rather than having them imposed on us".

The aim is to work as an adviser, not to take over, Nansi says. “The strategic plan is not my plan, or IRC’s plan. The municipalities are leading it. We make it very clear who is responsible for what. We basically send an offer for technical assistance. The municipality decides on how to use our expertise.”

Next to political and security issues, Nansi has to work within a specific social context.  “Many villagers do not make a difference between water given by nature or by a technical system that has a cost.” Not willing to pay for water derives mostly from the poor services people in Burkina’s rural areas are used to.

“This needs to be taken into account.” The same goes for people that resist using a toilet because going to the bush is a long standing tradition, Nansi says. In making a context analysis he has used different IRC tools, such as the municipality performance assessment, the service provider's assessment, the service inventory tool, and the financial flow mapping tool.

Local and national level: “it is all aligned”

The work in three districts does not stand alone. IRC Burkina has close ties to the national Ministry of Water and Sanitation. Nansi: “IRC supported the national level to design national policy and vision, so they know our work. We now implement the same vision at municipality level. This year there will be a national meeting where mayors of all provinces will share what is happening in their municipalities and districts. It is all aligned.”

Keeping up the pressure

The support from national government is there, municipalities are on board. Still, Nansi is not at ease until the strategic plan is on the table and ready by the end of this year.

For him, the question is not whether the SDGs are met in time, but on how to get there. “Even if we don’t make it by 2030, it is fine if we are on the right track. I want to make sure we use the best strategy possible.”

Hopefully the rainy season will not paralyse his efforts. Nansi aims to keep up the pressure on the sector to go faster. When asked about the pressure he and his team experience personally, he laughs. “Basically we are all already overworked. But we will get there. I’m sure.”