Paying the piper: why the things that donors are prepared to fund in WASH need to change

IRC's Chief Executive Patrick Moriarty reflects on the highlights from the annual water conference in Stockholm. 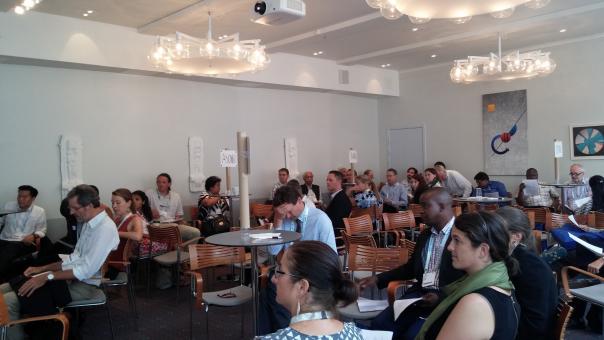 Still allowing my thoughts and impressions from a packed 2015 World Water Week to settle, the buzz around the upcoming Sustainable Development Goals (SDGs) being perhaps the most overriding. Lots of interesting sessions and discussions, calling for a step change – or dare I say it (and WaterAid's Barbara Frost did) a new paradigm for water, sanitation and hygiene (WASH) to achieve universal access by 2030. Among these, our "Agenda for Change" breakfast co-hosted by WaterAid and Water For People.

Put simply, the realization continues to grow that building new hardware, or indeed creating new social businesses, one at a time using aid (or philanthropic) money is never going to scale. And, conversely, that building the skills, vision and ownership of governments (national and local) has to be a part of the solution: creating an enabling environment in which lessons learned by well-meaning external agents (including ourselves) can be picked up and replicated.

Yet, as so often the rhetoric leads the reality – in this case the reality of where donors are prepared to put their money. As one, nameless, INGO friend says "we know that what they're paying us to do is wrong, they do too – but it's where they want to put their bloody money anyway"; or to paraphrase Pim van der Male of DGIS "this (Agenda for Change) aligns with the principles of aid effectiveness, it looks like budget support, but unfortunately the Netherlands and other agencies are moving away from budget support".

These World Water Week discussions build on others that we've been having on and off over the last couple of years. People who work in the front line by and large agree, we have to move beyond simply counting new people served and towards an agenda that aims to build and strengthens national systems. Just look at WaterAid's; the Millenium Water Alliance's or the WASH Alliance International's new strategies, all of which emphasise the need to build support system strengthening in parallel to delivering new services and building out new models. 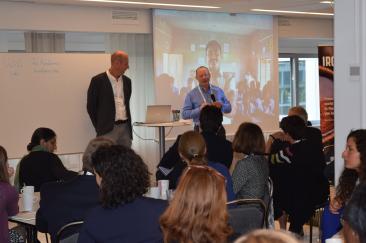 This group of believers includes many among the grant managers of bilateral donors and philanthropies. In this context, a shout out to Osprey Foundation's Louis Boorstin who stood up during our breakfast to give his support to the Agenda for Change. Yet, talk to many of these managers in private, and the challenges of the "boards who don't get it" and "parliamentarians who want to ensure that aid money is well spent" come up again and again. So, a catch 22. Everyone gets that much of what we are spending our money on is at best ineffective and at worst just plain wrong, yet no-one really seems to have the power or influence to change it: the problem is, unsurprisingly, a systems one: incentives of the aid industry (at least in WASH) are perverse - aligned to the wrong metrics (in this case, focusing primarily on "new people served"*).

So, my principal take home from Stockholm? We need to redouble our efforts on building the messaging and evidence base for national system strengthening. Emphasizing that this is not only the right thing to do but that it is the only conceivable way that we're going to see either universal access or an end to aid dependency. And, to help the boards and parliamentarians (who are not wrong in insisting that aid money be spent carefully and accountably) making clear that, increasingly, we not only know how to do it, but can measure and demonstrate the effectiveness of doing so using tools developed in the last few years.

As someone said during our breakfast – "there's nothing wrong with counting new people served – as long as that's not all you count!"

As IRC we're committed to this, and I believe that our agenda for change partners WaterAid, Water For People and Aguaconsult are too. So too are many of those we engaged with during Stockholm World Water Week – including donors who already get it (like the Conrad N. Hilton Foundation or Osprey Foundation). Our shared task now is to convert those who aren't quite there yet.

Brochure: An agenda for change: achieving universal access to water, sanitation and hygiene (WASH) by 2030