The Omanhene (chief) of Wamahinso in Asutifi North, Ghana, has welcomed the new water supply in his town and called for more households to build toilets. 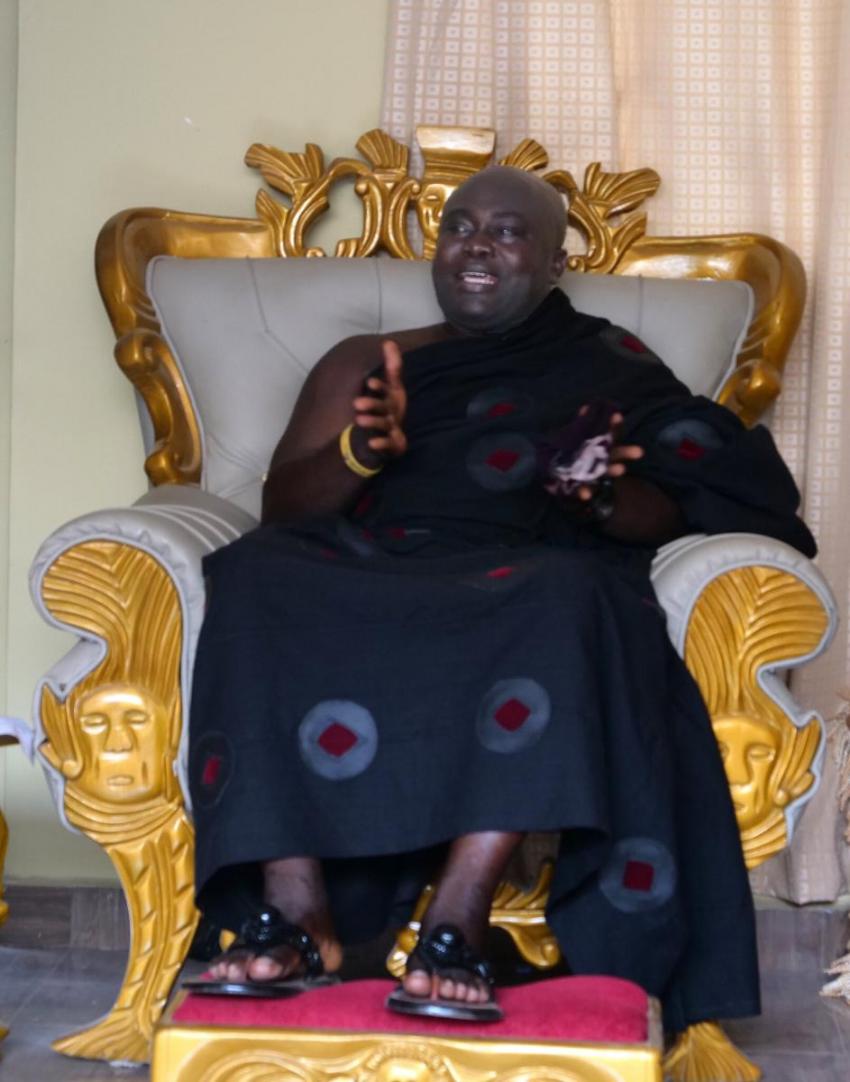 Nana Agyei Twum II told during a meeting at his palace that the opening of a solar-powered small town network will solve a major problem for his people and improve their lives. The system, installed by the Safe Water Network and Asutifi North District Assembly, began pumping water in January 2020 and provides water to more than 2,500 people.

At a reception in March 2020, Nana Agyei Twum, said that water played a pivotal role in people’s lives. “We have tried it and we know it will benefit the town. I would like to acknowledge the Government through the Assembly for this initiative.”

But he said there are still areas of the town that do not have their own supply and called for the system to be extended. “We are presently putting measures in place to manage and maintain the system ourselves.”

Everyone who could afford to do so should consider building their own household toilet but many people would need support to do so.

“I believe those who can afford it should consider it in their building plan. I would plead with the Assembly to support those who may not be able to afford it in order to improve on hygienic conditions and reduce sanitary related diseases in the town.”

The Omanhene said that development had made good progress during his period as chief with the support of the Newmont mining company and the Newmont Ahafo Development Foundation (NADeF), including two boreholes and toilets for the community. He has personally seen to the building of three classroom blocks and provided a bus for senior high school students and the town is developing a community centre to promote development.

“I have, with the help of the elders of the land, brought a lot of development. We are open for collaboration with NGOs and will ensure that whatever development is brought on board can be sustained by us.”

The Omanhene was speaking at a reception at his palace where Asutifi North Development Planning Officer, James Ata-Era outlined the extent of the small town network and how it had been financed.