RT @IGG_NL: #Reflecting on the Dushanbe Conference in Tajikistan. Standing at the Rogun Dam @HenkOvink states: "We aim for an ambitious #Wa…

Ahead of the European elections of 23 May. What can you do for water and sanitation for all, forever in Europe and beyond?

Within Europe and beyond people lack safe drinking water and sanitation

Everyone everywhere deserves clean water, decent toilets and good hygiene. But, today, millions are denied access, simply because of who they are, how much money they have, or where they live. Lacking access to these human rights stops people having an equal chance to be healthy, educated and financially secure. To put this in numbers, around the world, 2.1 billion people lack access to safe water and 4.5 billion are without safe sanitation.

This global challenge requires strong political leadership at national, international and supranational level. One of these supranational bodies is the European Union. In fact, even within Europe, achieving the Sustainable Development Goal 6 (SDG 6) targets remains a challenge: 14 million people do not have access to a basic drinking-water source. In addition, a recent study on menstrual poverty in the former Yugoslav Republic of Macedonia revealed that 90% of female students in rural areas do not visit school for 4–5 days while they are having their period. 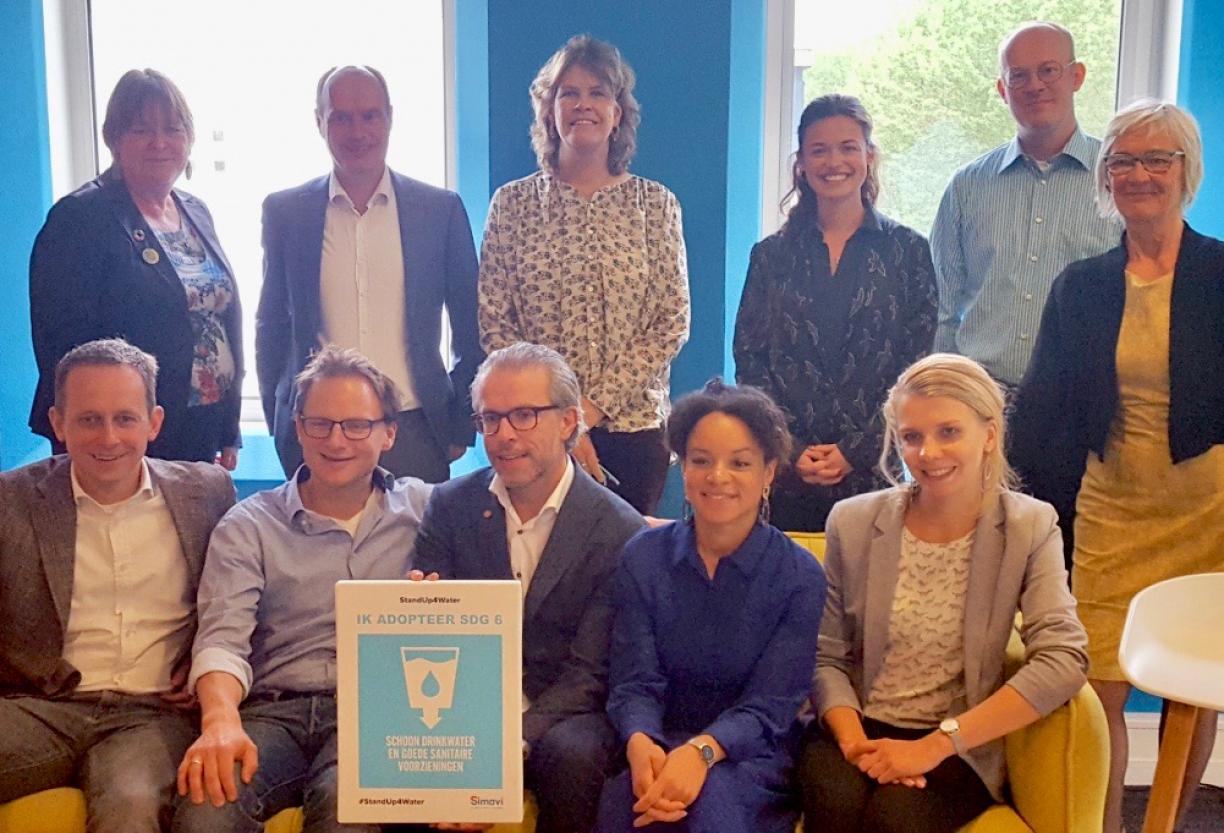 Therefore, ahead of the European Parliament elections of May, End Water Poverty, WaterAid and the European Pact for Water have launched the StandUp4Water campaign. This campaign asks candidates for the European Parliament to join hands and to take their political responsibility to achieve the SDG 6 targets to 'Ensure availability and sustainable management of water and sanitation for all' within Europe and beyond by:

EU elections in the Netherlands on 23 May

Ahead of the elections for the European Parliament in the Netherlands, partners of Watershed (Simavi, Wetlands International, Akvo and IRC), a programme that aims to strengthen the role of civil society around SDG 6, support the StandUp4Water campaign. Watershed partners organised an election debate on 30 April 2019 at Simavi. During the debate, the Dutch candidates for the European Parliament were asked to sign the pledge. Present at the debate were: Dirk Jan Koch (GroenLinks), Thijs Reuten (PvdA), Arnout Hoekstra (SP), Eva Akerboom (Partij voor de Dieren) and Samira Rafaela (D66). And to date, the StandUp4Water campaign and pledge are signed and supported by the following Dutch candidates:

Vote on 23 May for one the above-mentioned candidates who pledged to commit to sustainable management of water and sanitation for all, forever in Europe and beyond.