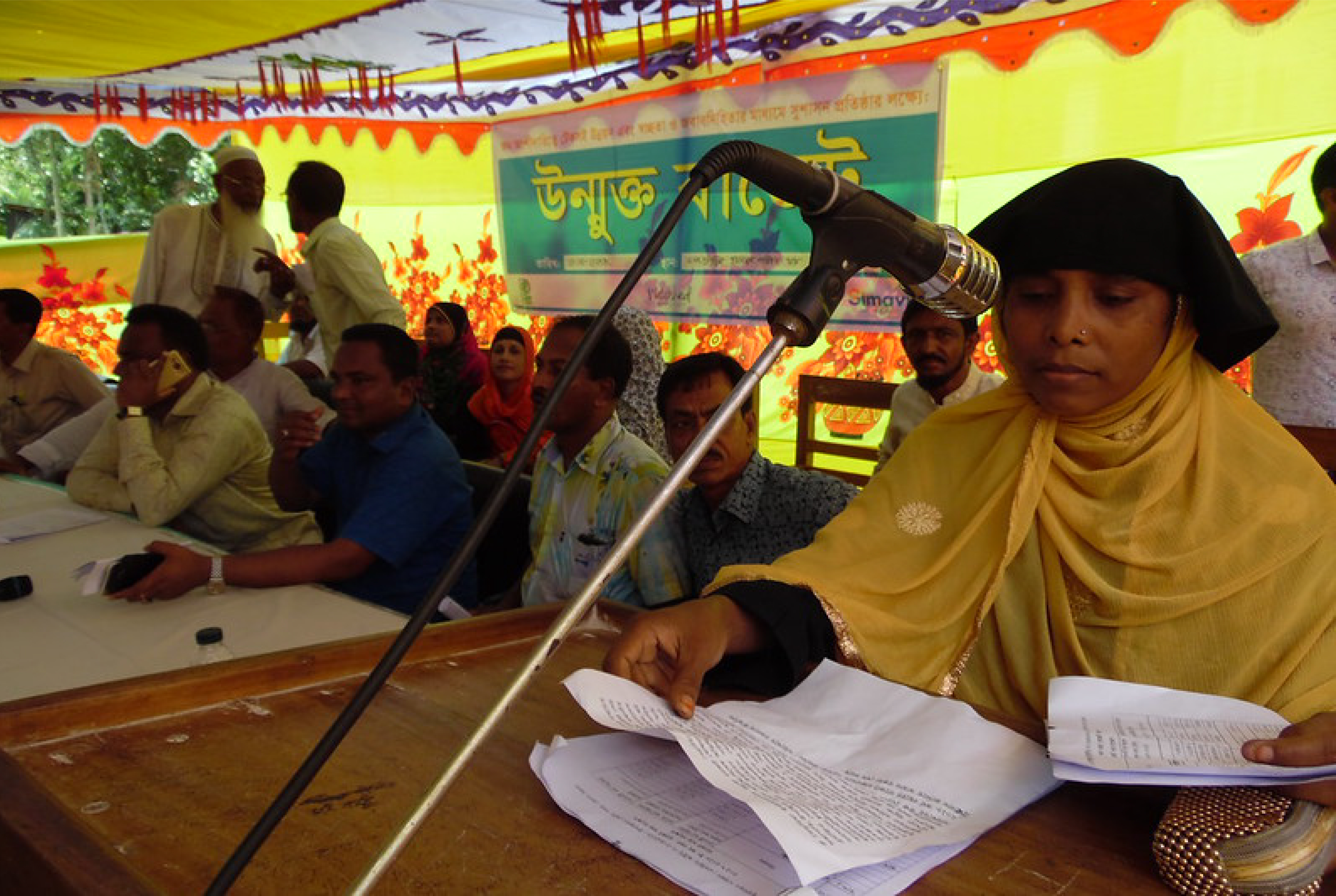 Getting citizens and marginalised groups a seat at the table with local government is a core activity of IRC.

According to Civicus, in 2019, 83% of people lived in places where civic space is closed, repressed or obstructed. Only 3% lived where civic space is open. Things have become worse in 2020 as governments have temporarily restricted rights, often overreaching and further reducing that space, to control the spread of COVID-19. Battles to recover rights and hold governments accountable for their emergency actions during the pandemic look likely to go on for many years.

Defending rights and holding governments accountable, during an emergency or not, demands broad efforts across society. But there also has to be action within the sectors where we work as professionals, like water and health. After all it is in the budgets of those sectors that an awful lot of public money is spent. Cross-sectoral governance initiatives and such sector-led efforts can be complementary, with work on those frontline services like access to water and sanitation potentially having immediate impacts on people’s daily lives.

A story from the municipality of Banfora in Burkina Faso illustrates well these different angles. In 2016, the mayor identified 3 main priorities: governance, the economy and water and sanitation services. The report of a recent town-hall meeting showed how IRC is helping to hold local government, and ourselves, accountable for the progress that has and hasn’t been made on the water and sanitation part. It’s a story of partial success, but perhaps the real success is that the debate is happening and that it is based on some reasonably good data about progress in extending access to services.

Facilitating the ability of citizens, and especially marginalised groups like the disabled, the poor or disadvantaged ethnic groups, and local government to work more effectively together is a core activity in most of the places where IRC works. It is the focus of the Watershed empowering citizens programme led by IRC, which has enabled us with our partners to deliver grassroots programming in six countries. In the October issue of Amplify, there are several articles showcasing how Watershed is championing civic space in the delivery of water, sanitation and hygiene services and the management of precious water resources that make those services possible.

Amongst those, a series of new videos give insights from the perspective of civil society leaders from Bangladesh, Kenya, and Uganda. These show how communities have been able to demand and get access to water services, have a hand in the creation of new local laws to prevent pollution and have their voices heard in discussions on where money is being allocated by local government.

There is another great video and story from Wassa East District in Ghana too. This is all about local leadership, finding new solutions to provide safe water and different organisations working together. Having only 56% water access was scary according to the Chief Executive and joint action is tackling that challenge. This is an example of the partnerships we need everywhere, so the best thing about this story is that it is being told by Ghana’s National Development Planning Commission. It is one in a series that seek to scale up best practices in the country. We’ll be sure to look back in Wassa East with all those partners in 2023 just like we did in Banfora to see whether the 100% target is hit then.

Building these local collaborations is what excites us at IRC. Civil society and civic space are part of that but the real magic is using that space to get local governments, NGOs, the private sector and others working together to improve basic services.

Over the past five years we have seen that civil society, with modest support – an estimated €500K per year per country programme - can bring about real change at scale. Maintaining and scaling up the “magic” achieved so far, is well worth the investment and has a prominent place in our strategy.

Four years on, has Aboubakar Hema honoured his WASH promises?