Leaving no one behind is easy to say, but hard to do

RT @WHO: There are simple things we each must do to protect ourselves from #COVID19, including 👐 washing with 🧼 & 💦 or alcohol-based rub. W…

Many current approaches won't work. We must build strong national and local systems dedicated to universality. 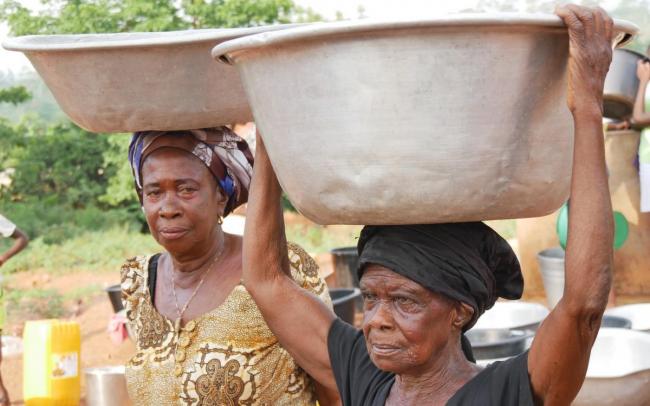 A couple of months ago, after waiting for many years, I finally received rural broadband. The last mile was bridged, in part, by community action: residents pooled a per-household government subsidy to attract a provider to extend the service to our village in the UK.

In another setting, I recently learned that the way in which mobile phone services are extended to sparsely populated rural areas in Africa (in a way that allows rural users to pay the same unit cost as those in crowded cities) is largely driven by conditions put into the contracts for commercial service providers.

What both these anecdotes have in common is in demonstrating how government action is necessary for the private sector to deliver services to people who, taken on their own merits, would not be an attractive proposition.

Reality on the ground

The recognition by the UN of the human right to safe drinking water in 2010, and both the human right to sanitation and Sustainable Development Goal 6 in 2015, demand that everyone has access to water and sanitation: that no one is left behind; that there is equality and non-discrimination in the delivery of water services. Yet the reality on the ground is very different.  Rural poor users routinely receive WASH services that are more expensive and of lower quality than those of their urban cousins: and there is striking inequality in urban areas too.

“Leave no one behind” seems to provide clear direction to Northern NGOs and donors working in the global South: focus on the poorest and most marginalised and not on those who already have access to services - “some for all before more for some” in the words of the old South African slogan. While commendable in theory, this can in practice lead to misapplied efforts and to undermining the sustainability of the service provided. This is particularly the case when services are provided directly to the poor by external agencies – ignoring and bypassing weak national systems.

Cross subsidies and economies of scale

Poor WASH consumers in wealthy countries benefit from cross subsidies built into the service models of the large utilities who make their money from urban users and industry (and from government subsidy).  A former colleague used to tell the story of her grandparents who were amongst the last people in rural France to get mains water on their farm; at a cost of many thousands of euros for which they paid no more than anyone else.

The nature of both water and sanitation services is that they are networked and benefit from economies of scale. It is because of this that charity and aid that seek to provide service directly to “the poorest”, and that are not aligned within national programmes of universal service provision is wasted. Services that are unsupported by supply chains or technical expertise fail. Services whose only customers are the poorest are frequently prohibitively expensive and also fail.  Services with too few customers fail.

Critical parts of the WASH system

Charities lack the oversight of total need that is necessary to zoom in on the last pockets of the unserved. Yet so too, if we are honest, do many governments. The basic data on access to WASH services that should form the basis for any effort to drive to universal access is too often lacking: victim of spending that seeks to provide more pumps at the expense of the monitoring systems necessary to decide where they should be installed (or if they are working!).

It is this, concretely, that we refer to when we talk about the need to strengthen WASH systems in a country from the national to the local.  Because you cannot roll out universal access to services if you do not know who are the unserved; you cannot provide services to the poorest of the poor without some form of subsidy; businesses cannot provide services if the legal basis for them to operate does not exists or is poorly defined. Monitoring, a regulatory environment for business, finance mechanisms to reach the poorest – these are all critical parts of the WASH system.

It is this way of thinking and working that IRC (and a growing band of fellow travellers) is pursuing in our partner districts; working out, in practice, what it will take to drive to universal access at scale; working out, what it means to ensure that no-one is left behind. Is the district the optimum unit of scale? What do the right business models for rural services look like?  How can universal access be financed?  We do not know – although we have many ideas to test. What we do know is that the only way to get to the poorest of the poor, to the most isolated households, to the last mile - is to get to everyone else too.

Agenda for Change is a collaboration to achieve universal water, sanitation and hygiene services by 2030. As of 2020 it has 14 members and was launched in May 2015 by Aguaconsult, IRC, WaterAid, Water For People and Osprey Foundation.