A toolkit for costing environmental health services in healthcare facilities 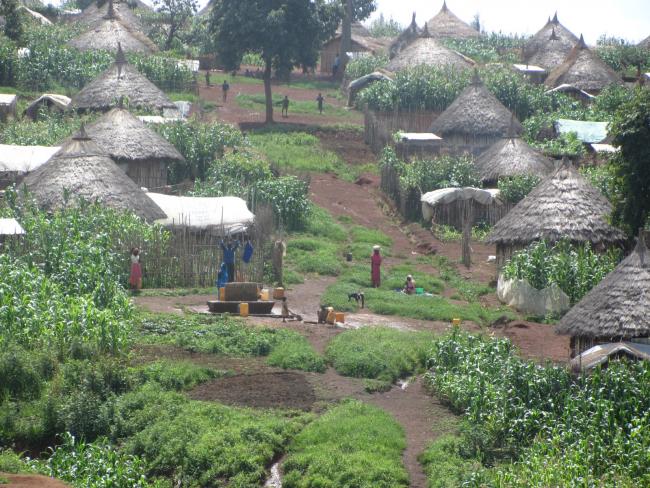 Emergency and conflict situations around the world are increasing rapidly. In 2014, the number of forcibly displaced people reached 59.9 million, three times that of 2010 and the highest since 1945. There are currently 14.4 million refugees and more than twice as many internally displaced people as a result of conflicts, poverty and natural disasters.

Camps have been in existence for up to 40 years, Ryan Schweitzer

This was the starting point for the fourth in a series of IRC events, and last for this year, that took place in The Hague on Wednesday 25 November 2015. In a full debate room at 7 AM in The Hague, speakers and guests discussed technical and institutional innovations to respond to the need for basic water and sanitation services in emergency situations, and how much this costs. Also topic of discussion was sustainability of those services given the fact that refugee settlements often become semi-permanent settlements.

Michel Becks, Head Resilience Advisory Unit and Advisor Water, Sanitation and Hygiene (WASH) at the Netherlands Red Cross spoke on demand-driven humanitarian WASH innovations and discussed a selection of priorities and solutions. He explained the key principles in humanitarian assistance, which are the right to life with dignity, the right to humanitarian assistance, and the right to protection and security. Nowadays there is an improved coordination, clear standards and indicators, and a trend to work cross-sector which result in positive changes in the humanitarian aid sector. A new challenge, however, is that now more than half of the refugees serviced by UNHCR live in urban areas and form new high density settlements. Natural disasters, and other shocks such as human pandemics and conflict, are likely to occur more often in urban settings.

Tineke Hooijmans, Associate Professor of Sanitary Engineering at UNESCO-IHE presented a decision support system (DSS) tool for selection of sanitation options in emergencies. This free tool was developed by PhD fellow Fiona Zakaria as part of the Gates Foundation-funded project SaniUP - Stimulating local innovation on sanitation for the urban poor in Sub-Saharan Africa and South East Asia. Based on predefined selection criteria, the tool helps users to select the most appropriate emergency technology solution, though it does not include financial or economic variables. It was validated using data from Haiti.

Technical Advisor at Aguaconsult Ryan Schweitzer discussed how life cycle costing can be used to plan post-emergency water and sanitation services for refugee camps. The intention is to have an Internet-based tool ready in 2016. The UN agency for refugees UNHCR commissioned Aguaconsult and IRC to develop the tool. A pilot study in Ethiopia and Chad showed that camps there receive better water services than many rural settlements in Africa. If you expect that refugees will stay in camps for a longer period you can calculate whether it would be cheaper to install a permanent water system rather than maintaining a trucking service.

For the full presentations and related background documents scroll down to the Resources section. 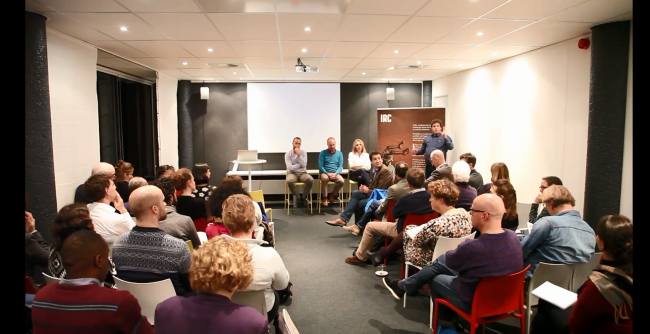 After the expert presentations, the floor was open for discussion.

We need a transition from relief to development agencies, Tineke Hooijmans

Are costs always an issue, one of the participants asked the presenters? This is not case in the first phase of emergencies, when the focus is on saving lives. After 3-6 months, costs do become an issue when you look at water trucking as Ryan Schweitzer mentioned in his presentation. The benchmark costs and the innovations needed, will therefore be different for the emergency and the post-emergency phase.

At some stage, local government needs to take over the responsibility for managing refugee camps, Tineke Hooijmans said.

Often forgotten are “political costs”. These occur when camps are set up in water scarce areas. To prevent conflicts, refugee agencies may then decide it necessary to also invest in water security for neighbouring communities.

There was a lack of proper toilets for urban settings, Michel Becks

What is best for emergencies in urban areas where there are existing water and sanitation systems? Making them disaster resilient is an option but in reality it may take 30 years before all systems are safeguarded. Developing disaster preparedness plans seems a more practical option.

In the aftermath of the Haiti earthquake disaster, hundreds of thousands of people got access to clean water, but hardly any toilets were built, said Michel Becks. There was a lack of proper toilets for urban settings like Port-au-Prince.

The western-based humanitarian industry can deliver high quality equipment within 12 hours. However, countries will become more resilient to emergencies if local businesses take up innovation and if they can supply emergency services and goods, one participant suggested. Local private sector participation in emergency response is a potential area for research.

There is insufficient evidence at present of the health impact of water and sanitation interventions both in emergency and development aid. The IRC Event closed with a call to work more closely with the health and nutrition sector.

Short interviews with expert speakers and participants were captured in the short video below.

A toolkit for costing environmental health services in healthcare facilities