What do we actually know about mental health and handwashing?

RT @martateperek: Hurry!!! Only 5 days left to apply for a data steward position at @UTwente @UTwenteLibrary @utwentedcc ! They are a fant…

IRC believes in a world where water, sanitation and hygiene services are fundamental utilities that everyone is able to take for granted, forever. But we are concerned about the pervasive issue of violence against women being subsumed under the urgent need to promote public attention to the global sanitation crisis.

In Development as Freedom, Amartya Sen proposes the notion that we view development '...as a process that expands the freedoms that people enjoy' (Sen, 1999, p. 3). Sen further proposes that '[d]evelopment requires the removal of major sources of unfreedom: poverty as well as tyranny, poor economic opportunities as well as systematic social deprivation [and] neglect of public facilities...' (Sen, 1999, p.3). In keeping with this take on development as an expansion of people's freedoms and capabilities, IRC wholeheartedly supports the global effort to increase people's access to the fundamental human right to safe, hygienic sanitation facilities and services.

It is an undeniable truth that things are not as they should be in terms of levels of access to sanitation facilities, much less services, for much of the world's population. By one estimate, 2.5 billion people do not use an 'improved sanitation facility', and approximately 1 billion people still practice open defecation (UNICEF, 2011). These figures are unacceptable by any measure. However, a recent article on The Guardian news website struck a discordant note for some of us.

We are concerned by the tone of the article which seems to subsume the pervasive societal ailment of violence against women, and specifically rape in this case, under the urgent need to promote public attention to the global sanitation crisis. As with the dire situation with regards to access to sanitation facilities, it is an undeniable truth that vulnerable and marginalised people – due to their socio-economic status, sex, age, physical ability, or other contextually specific factors such as caste or ethnicity – are exposed to circumstances that render them even more vulnerable when they must venture from the relative safety of their homes (provided they are not being violated by someone within their homes) to practice open defecation. As the World Health Organization notes, 'one in three women will experience physical and/or sexual violence by an intimate partner at some point in her life' (WHO, 2013).

However, the lack of access to safe sanitation and water facilities is only one facet of the endemic problem of violence against women. It is one factor that makes women vulnerable to violence, but it is neither a cause, nor a form, of violence – see the below diagram on this latter point. 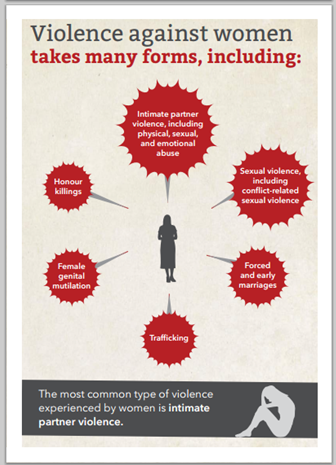 While lack of access to sanitation facilities of any status (safe, improved, private, publically-managed block facilities) certainly contributes to increased vulnerability of women already experiencing disadvantaged circumstances – or what Sen calls unfreedoms - there is great danger in presenting a linear, dare we say simplistic, line of thinking about the solutions to this problem. It is but a small step from saying that girls and women shouldn't "take the risk" of leaving the house in order to defecate, to saying that girls and women shouldn't leave the house at all. Conversely, many women with toilets in their homes do not necessarily enjoy their human right to a life of freedom from violence and rape.

Violence against women, including rape, is a social problem and a crime. Violence and rape are crimes perpetrated by humans against other humans. Not by toilets or the lack thereof, not because women wear one type of clothing or another, not because of the lack of a lock on one's front door in a low-income peri-urban area, or due to having to travel long distances alone for whatever reason.

Violence and rape happen because a perpetrator takes the decision to violate another person's right to a life free from violent assault. Additionally, there exist multiple other inter-linked phenomena that enable this choice, or freedom, of the perpetrator of violence, to dominate over the freedom of another person to enjoy a safe and dignified life. Such a complex matter cannot be addressed by focusing on single facets, or circumstances, alone that render us more vulnerable.

If we revisit Development as Freedom, Sen asks that we understand "development as freedom" as a perspective in which '...freedoms link with each other and with the ends of enhancement of human freedom in general' (Sen, 1999, p. 10).

Along this line of thinking, lack of access to sanitation is not a form of violence against women, and this is where things get delicate - the lack of access to services by women, the poor and other vulnerable/ marginalised groups is a result of inequity. Violence against women is also a result of inequity (expressed in and fostered by patriarchy), so in that sense they have a similar root cause, but the one does not cause the other.

Personal safety is one of multiple imperatives for improving people's access to safe and hygiene sanitation facilities and expanding their freedoms.

Personal safety is one of multiple imperatives for improving people's access to safe and hygiene sanitation facilities and expanding their freedoms. In other words, merely tackling the vulnerability of the victims without recognising the urgency of eradicating the patterns of violent behaviours of perpetrators, and the need to change institutions such as legal and social norms that grant perpetrators a certain clemency, means that we accept the impossibility of changing these practices and the mindset that promulgates them.

If we want to give attention to violence against women, let us do so. Let us address the persistent underlying issues such as misogyny, patriarchal institutions and legal systems, and at individual level the misplaced sense of entitlement to exercise one's desire (for control or for sex) over another person's right to a life free from the threat of violation. These are all aspects of what has sadly come to be termed 'rape culture' – one element of which entails 'teaching women to avoid getting raped instead of teaching men not to rape'.

Let us also collectively draw public attention to the urgency around promoting the full complement of human rights, freedoms and capabilities – including the fundamental human right of access to safe and hygienic water and sanitation services. But let us do so in a manner that is meaningful, locating the discussion in the wider context of eradicating inequity in all its forms and sources - expressing what Sen implores us to understand as '...the remarkable empirical connection that links freedoms of different kinds with one another' (p. 11). This understanding is valuable for enabling us to view, and engage with, the whole system currently preventing people from enjoying their freedoms.

While remaining committed to the mission of everyone, forever, we shall seek to avoid conflating, or subsuming, violence against women, or other expressions of inequity, under topics or issues that potentially distract from the deep and intractable nature of inequity in its various forms and expressions.

What do we actually know about mental health and handwashing?