Higher levels of service are needed to reduce death and disease 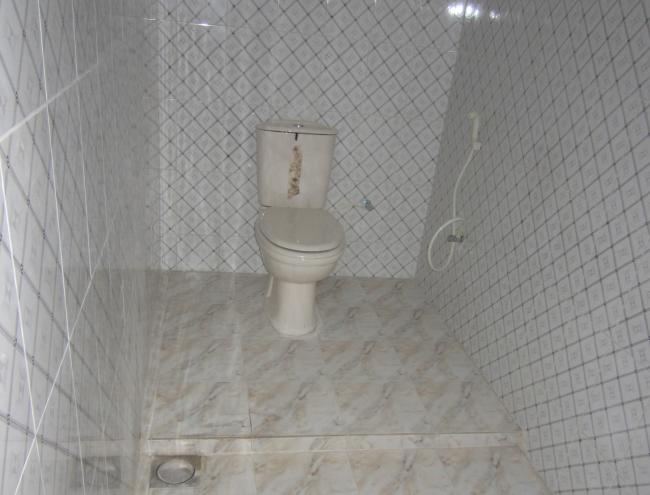 "In terms of risk reduction, achieving the MDG [Millennium Development Goal] targets of improved water and sanitation would have little effect on reducing diarrhoea morbidity and mortality. Based on new meta-regressions, much of the potential benefit of water and sanitation is through achieving levels of access that are far higher than those in the MDG category of improved water or sanitation". (GBD 2013 Risk Factors Collaborators, 2015)

If there is one thing that global, regional and country efforts are aligned to achieve, it is the elimination of open defecation. In Joint Monitoring Programme (JMP) terms, open defecation free (ODF) implies the use of some form of rudimentary or unimproved latrine, and from there the theory is that users will transition up the ladder to "basic" and "improved" levels of service with concomitant health and socioeconomic improvements.

This finding has clear implications for sanitation programming, which generally focuses on eliminating open defecation and assumes that households will themselves maintain and improve their levels of service.

It also has clear implications for Sustainable Development Goal (SDG) monitoring and advocacy, and calls to be foregrounded in dialogues about the universal right to water and sanitation.

Overall the finding points to the need to address progressive improvement; to specifically ensure the achievement of higher levels of service through water and sanitation policy and planning processes, regulatory frameworks, financing mechanisms and service delivery models.

We always knew that ODF was the beginning not the end, necessary but not sufficient. But why is it even necessary for households to construct and use poor quality latrines before transitioning to meet a basic standard? One argument could be that safe sanitation is largely behavioural and that the construction of subsidised basic latrines made little inroads to reducing open defecation.

"Zero subsidy ODF first" turns on the belief that once people are familiar with using latrines, they will (a) maintain ODF behaviours, and (b) propel themselves up the ladder and invest in improved service levels over time. In reality unless the demand stimulated by Community-Led Total Sanitation (CLTS) is matched by sanitation marketing and supply chains together with pro-poor financing, households seem to find it difficult to move up the ladder.

From our experience in South East Asia and Latin America, India and Bangladesh, households are not likely to invest time and money in upgrading dry pit latrines and will wait until resources are available to invest in low-flush or sewage options.

In small towns in Latin America, the desire to move from onsite to more modern small-sewer systems is clearly expressed by politicians and citizens, but for reasons related to poverty and poor planning processes, insufficient connections are made and sewers operate well below their capacity, leading to clogging, dysfunctional treatment plants and so on. Should public finance be going to higher levels of service? Is it necessary that sanitation improvement begins with zero-subsidy behavioural programmes?

The IHME research highlights that these are not merely middle class aspirations and concerns, instead they are fundamental to reducing diarrhoeal morbidity and mortality and to improved public health.

Public authorities need to apply their minds (and finance) to improving water and sanitation service levels if they want to make a meaningful impact on health. Local governments need to know how to plan beyond the achievement of basic service levels; municipal planning, regulation and finance needs to take upgrading into account.

The sector needs to think beyond getting people "on" to the ladder, and focus energy on how to move from basic to higher levels of service.

Global, regional, and national comparative risk assessment of 79 behavioural, environmental and occupational, and metabolic risks or clusters of risks in 188 countries, 1990–2013 : a systematic analysis for the Global Burden of Disease Study 2013