Emergency mapping and critical maintenance measures: the drought and boreholes in Somali Region

Under severe conditions of water scarcity, it is vital to keep motorised boreholes pumping across Ethiopia's Somali region.

There is currently severe water scarcity in the Somali region of Ethiopia due to drought resulting from failed rains in 2015/2016, and population and livestock movements from neighbouring Somalia and Somaliland. A major water trucking operation is underway to provide for the most vulnerable communities. With many of the more seasonal water sources having failed (the first map shows the large number of sources across the region as mapped by the 2014 National WASH Inventory, but many are seasonal), there is considerable reliance on a relatively limited number (see the second map) of high-yielding water schemes that draw their water from boreholes tapping relatively deeper groundwater. The ongoing performance of these motorised boreholes is therefore critical.

The current emergency response includes mobilising Mobile Maintenance Teams (MMTs) to undertake borehole rehabilitation and preventative maintenance. Service rigs are being deployed to develop low-yielding wells to increase capacity, and replacement equipment (generators, pumps etc) and spares are being procured and shipped to the area. However, planning of a timely emergency response is hampered by gaps in access to detailed asset inventories and limited up-to-date information on functionality of boreholes.

To help address this gap, IRC were requested by UNICEF, who are working closely with government on the emergency response through the WASH cluster (a coordinating body), to work with the software providers Akvo (who provide the specialist data collection software FLOW) and the Somali Regional Water Bureau to improve the current information about boreholes. The initiative builds on both the National WASH Inventory undertaken in the region in 2014, and the Real Time Monitoring in 2015 led by UNICEF working with Akvo, World Vision, Oxfam and the WASH cluster.

Driven by the humanitarian needs, this has been a rapid effort. Within a week of our first discussions, a team was mobilised to travel to Jijiga for discussions with the regional WASH cluster and Regional Water Bureau. The following week, the team returned to Jijiga to develop surveys and undertake training of data collectors to be deployed to the 11 zones of Somali region. These are all government staff, seconded to zones from the regional level, and supported by four Information Management Officers from the WASH Cluster.

The data collectors were equipped with smartphones running the FLOW software, and a series of surveys were developed with the regional government. These include a form with basic background information on the water scheme, a form on basic borehole details (like depth), a form on functionality status (and reasons for non-functionality), two forms on current use of borehole (one for the WASHCO or Town Water Utility (TWU), including production, hours of operation and number of users, and one for a sample of consumers at the scheme). The data collection can be completed at each borehole in about half an hour.

Two further forms that will allow MMTs to report on the maintenance provided, and to collect some additional more detailed and specialist data on generators, pumps and other infrastructure are to be rolled out shortly. The teams will be equipped with phones and trained to use these surveys, drawing on their specialist knowledge and experience.

In week 3, the 11 teams led by zonal data collectors and the four IMOs were deployed to all zones in the region. Some 14 days after data collection started, 300 boreholes had been mapped through the inventory. Data cleaning is a critical but often neglected task to ensure that data is complete and accurate. The use of mobile data collection software has allowed the team members in Addis and Jijiga to review the data on a daily basis, involving the RWB, IRC and UNICEF, with the coordinator immediately following up by phone with data collectors to correct issues.

The same week, the first results were already used by UNICEF to deploy support to critical non-functional boreholes. 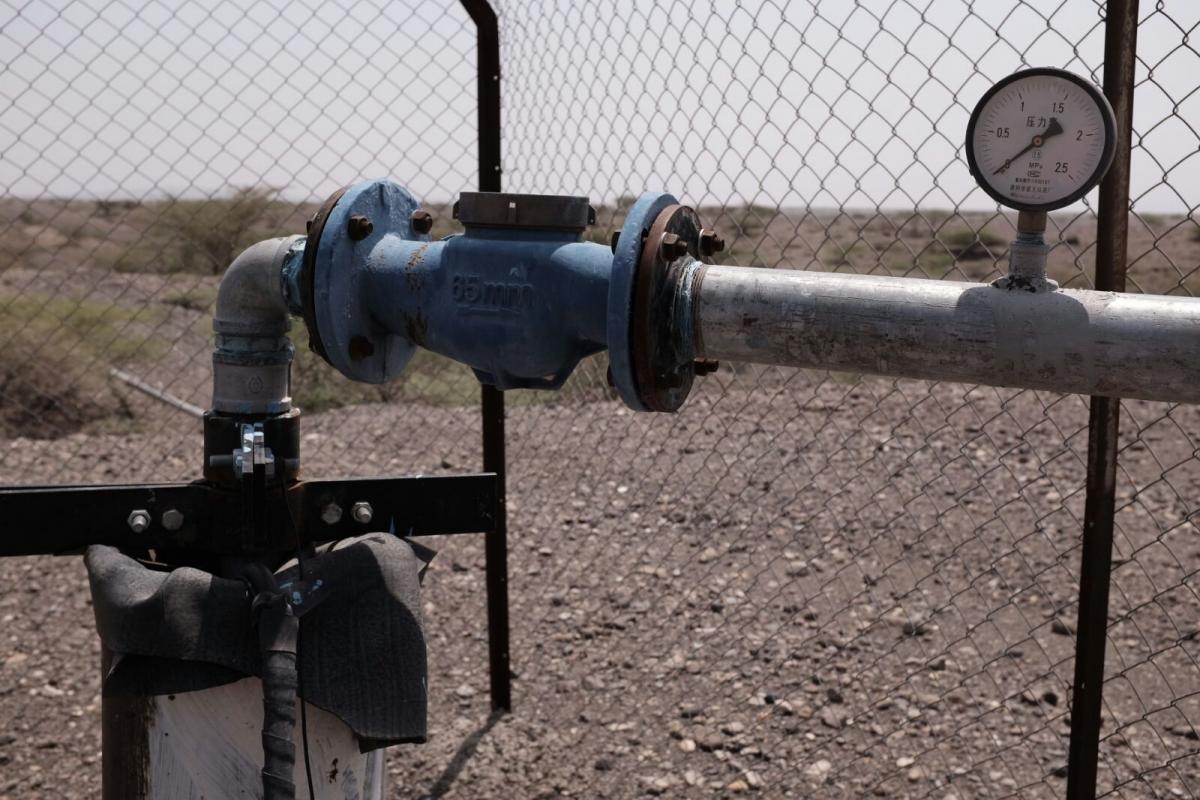 During March 2017, the results will be reviewed by the Regional Water Bureau and key stakeholders, and a process for updating key indicators such as functionality and numbers of users will be designed and agreed. This may initially be very simple and rely on phone calls to the WASHCOs and TWUs to collect the limited data needed. There are also plans being developed by the USAID funded Lowland WASH Activity to develop a more sophisticated reporting system for WASHCOs and TWUs perhaps based on short codes to a central location.

Maps and reports from the database that has been established will also be improved. Currently these are relatively simple and can be further adapted to meet the needs of the Regional Water Bureau. Ensuring that the data is made available at woreda level is also important. There is otherwise a risk that mobile data collection actually cuts out this level, with data access worsening in woredas while being improved at higher levels.

It is hoped that rains – just starting in parts of the region - may replenish some of the surface, shallow and low-cost water sources and relieve the current water scarce conditions. However, even after the drought breaks, the new borehole inventory provides a potentially valuable resource for the region.