Into dust and onto stage

If a city's water is stolen. Who will stand up and fight?

"There is one thing more powerful than all the armies in the world, and that is an idea whose time has come." With these final words Perween Rahman has the last say in the movie "Into Dust".

And those words brought me onto the stage – somehow awkwardly between the Academy Award-winning director Orlando van Einsiedel and Pakistani celebrity actor and singer Ahad Raza Mir. IRC’s role - and mine by extension - was to provide a global context of the water crisis and water justice. It is one of the rare opportunities that water gets the center stage.

“Into Dust” tells the true story of Perween Rahman, a woman who documented the unjust theft of water in Karachi, exposed that crime, and was tragically murdered by forces who sought to stop her work. Her murder in 2013 shocked the nation and, to this day, Pakistanis revere her as one of their national heroes.

Into Dust raises awareness about the water crisis and highlights inequality and injustice. The United Nations projects that more than 5 billion people could be affected by water scarcity in just 10 years time. Access to clean water is a fundamental human right that is currently under threat around the world. This threat is both a result of climate change and socio-political factors that determine who gets clean water and who does not. The global water crisis impacts the ability to provide good premium health care, grow quality food, power our cities and, ultimately, sustain life on earth.

For us in the water, sanitation and hygiene sector, “Into Dust” is also jam-packed with examples of how to achieve change. First of all, there is the willingness and openness to listen and engage with the poorest and most vulnerable. There is also the structural collection of evidence – and demonstration of the power of maps for raising awareness and advocacy. In addition, there is the use of media to mobilize the community. Also, there is the lesson of using a strong gender and equity lens in a patriarchal society. Lastly, it highlights the power of education.

The examples and issues raised by “Into Dust” resonate strongly with IRC’s approach, demonstrated by stories of Valentina in Kenya and Golap Jan in Bangladesh during our Watershed initiative. Our approach focusses around System strengthening and transforming the way decision makers address WASH challenges by campaigning and advocating, sharing evidence of what does (and doesn't) work, and lobbying for change. 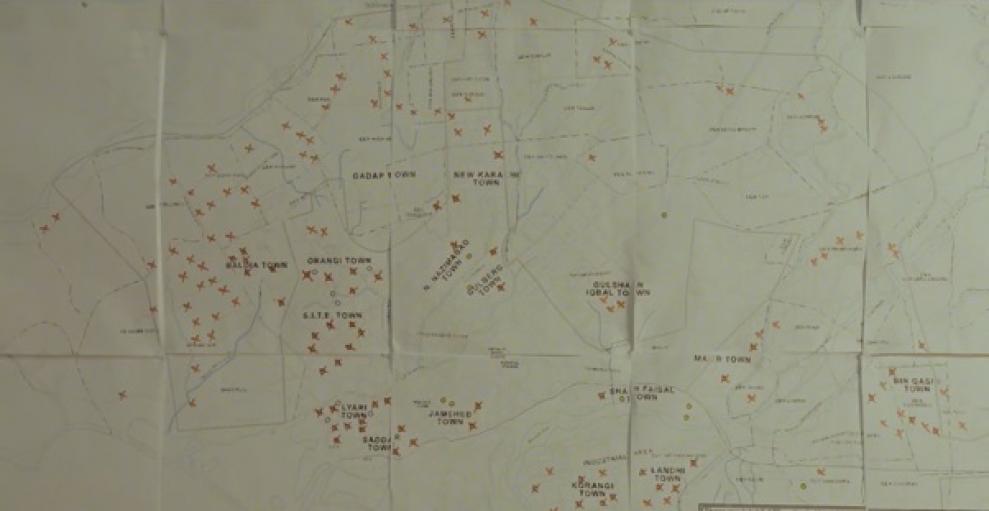 The movie brings another, more uncomfortable aspect, that international organisations, need to take much better to heart. With empowering people, and raising voices they are part of disrupting existing power – bringing very real risks to people. As Anwar Rashid mentions in the movie, “They only had to pick up the phone and pay 80 dollars to a man with a gun”.

We all have to come together to ensure that there is solid legislation in place for activists such as Perween to undertake action. A fundamental step in the right direction is the recognition of the 2010 UN human right for water and sanitation. Though representation of these rights exists in national and provincial level policies (WaterAid 2021), Pakistan is yet to endorse this. All partners can therefore honor the legacy of Perween and support the call for human right to water and sanitation to be recognized by the Pakistani government.

Surprisingly, the most remarkable contribution of Perween’s organization Orangi Pilot Project (OPP) to the WASH sector is not even in water – it is in sanitation. They introduced the component-sharing model (also known as simplified sewerage): families (organized per street/lane) construct secondary sewers and government provides main sewers and treatment plants. Globally, it remains one of the few proven examples that low-income neighborhoods can be connected to sewerage, as opposed to the common on-site sanitation. The success of improvements in sanitation led to further transformational changes in health, education and micro-credits, for which the founder Dr. Akhtar Hameed Khan became a Nobel Peace Prize Nominee.

The movie “Into Dust” is a story about loss and crisis, but as Perween’s sister Aquila Ismail emphasises– it is ultimately a story about hope – hope, and belief that we can be better people. It is a gift to our sector to have such a good movie to inspire awareness about water. As one of Pakistan’s biggest movie stars Ahad Raza Mir said, “Watch the movie. It is a beautiful film with a beautiful message.”

The movie can be watched for free on Waterbear