As we approach near universal water supply coverage, India is facing the twin challenges of achieving last mile coverage and simultaneously addressing sustainability of the massive assets already created.

The GoI XII Five Year development plan 2012-17 envisages substantial additional investment of INR 2723 billion (US $ 44.43 billion) in rural water supply and targets higher service levels of above 55 litres per capita per day (lpcd). The new Government in power promises that by 2022, every family will have a house with water connection, toilet facilities and uninterrupted electricity supply.

At the same time, over 25 per cent of the cumulative investments of INR 1556 billion (US $ 25.34 billion) in rural water systems aged between 10 - 40 years are languishing for repairs, replacement and rehabilitation. The WASHCost study by IRC in India has reinforced the well-accepted, highly skewed hardware focus of all sector investments, leaving very little for asset management. Given the dichotomy of poor functionality on the one hand and increasing aspirations on the other, the sector should follow a conscious strategy for rehabilitation and asset management for sustainable services at scale for everyone.

A critical question here is whether rehabilitation rather than re-building is a sustainable and viable option for improved services. With many theoretical postulates, there is only little real implementation experience in rural India.

The experiences from the World Bank funded Kerala Rural Water Supply and Sanitation Project (Jalanidhi) India is an eye opener in this context. The State which is in the forefront of decentralisation has taken a policy decision in 1998 to transfer all 1093 Government owned Kerala Water Authority (KWA) run rural schemes to the respective Grama Panchayats (GPs). Despite the announcements, the Water Authority was unwilling to handover as they perceived the decision to be a threat to its own operational base and the GPs were reluctant to take over due to poor conditions of the assets. 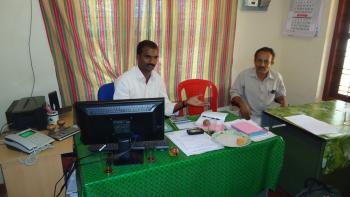 Under the Jalanidhi programme (2000-08), GPs selected for funding had to take over the existing KWA schemes to be managed by communities[1] on full cost recovery as a non-negotiable condition. The project provided capital subsidy to the tune of 75% for rehabilitation and modernisation, which is to be managed by a Transition Committee comprising both existing and potential consumers. The procurement was done under community contracting. After rehabilitation the ownership of assets has also been transferred to the community, which is a registered legal entity.

A recent revisit to the first batch of 13 schemes rehabilitated during the period 2000-2003 found that they are still functioning with full cost recovery without any government subsidy demonstrating that sick water supply schemes run by Government can be effectively rehabilitated and managed sustainably by empowered communities. Post-rehabilitation, the service level improved from 20-40 to 70 lpcd and household connections increased from 548 to 3217 at a per household rehabilitation cost of INR 3838 (US $ 62.5).  About 85 such schemes have been successfully rehabilitated during 2000-2008 under the Jalanidhi project. There are also successful models of comprehensive large schemes catering for a population of over 10,000 which have been taken over and rehabilitated successfully by community under GP leadership. The most notable achievement is in the reduction of non-revenue water from 40% to less than 5% and the production cost per kilo litre (1,000 litres) brought down from INR 9.5 (US $ 0.15) to INR 3.5 (US $ 0.06) in 2003. A few of the schemes are now having surplus budget and installed household meters for tariff and regulation of demand. Obviously one central advantage of Kerala is its strong decentralized governance systems supported by specially recruited professional NGOs to facilitate rehabilitation.

Looking back, what are the lessons learnt from the experiment? Rehabilitation is an onerous task whereas new construction is much easier, as the managerial, institutional and social dimensions of rehabilitation are more complex than the technical process. Severe resistance and hurdles have been encountered inter alia over signing the scheme transfer memorandum, conducting a pre-feasibility study, valuation of assets, creation of as laid maps, clearing electricity dues, formation of the transition management committee, redeployment of high cost ineffective operators and staff, drafting of bylaws and incentivizing communities, ensuring capital cost sharing, and shifting public stand posts which are free provisions. 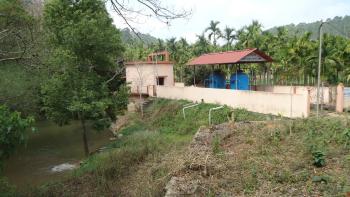 Managerial and process innovations played a positive role in providing clarity of roles and accountability among partners and ensuring a transparent contractual process. The prospects of an improved reliable service level and of household connections created the much needed incentive for water starved communities to create a global model.

In rural India, the water assets are constructed by Governments (water boards/authorities and departments) and the management of assets which is the complex and difficult part entrusted to weak local governments and communities. Moreover, the local governments are unwilling to take over due to poor conditions of the schemes.

Rural water assets worth over INR 620 billion (US $ 10.1 billion) are languishing for rehabilitation and modernisation in India. The average household cost of rehabilitation is only a third of new investments. Considering the cost savings and welfare gains, it would be only prudent to rehabilitate potentially viable schemes as a major option for improved service delivery and a central plank of public policy.

[1] Note: Communities known as Beneficiary Groups (BGs) are legally registered entities under the Societies Registration Act of Kerala. They have approved bylaws, bank accounts and can own and dispose of assets.