Climate change is at risk of becoming a market and a sector with new opportunities for political capture, and for misuse of influence in directing investments to serve the interest of the few. Adaptation measures to cope with climate change might end up being largely ineffective due to corrupt practices if integrity, accountability and transparency are not put on the top of the climate change agenda.

Climate change is at risk of becoming a market and a sector with new opportunities for political capture, and for misuse of influence in directing investments to serve the interest of the few. Adaptation measures to cope with climate change might end up being largely ineffective due to corrupt practices if integrity, accountability and transparency are not put on the top of the climate change agenda. These measures concern the water sector in particular. 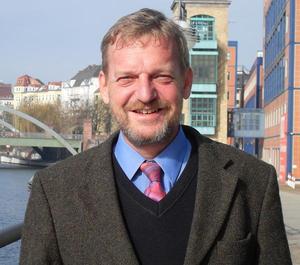 To explain this risk, I will give a few examples where statements and analysis of certain phenomena and disasters are flawed to such an extent that they could serve to hide practice which is irresponsible and lacks integrity, but could also be due to inadequate use of available professional expertise and disregard of data. This could boil down to "innocent" incompetence, but more likely to irresponsible political behaviour, and intellectual dishonesty.

The effects of global re-warming are nonetheless very serious and cause changes in hydrological cycles and river flow regimes at local, regional and global levels. According to mainstream literature, they also seem to cause changes in global weather patterns and other natural phenomena, many of which are currently insufficiently understood. Such changes cause greater vulnerability to natural disasters and, generally speaking, water stress.

However, these vulnerabilities are not wholly new phenomena and, unfortunately, most of the disasters are essentially man-made. Water stresses are largely due to poor water governance and absence of enforcement of laws and regulatory frameworks. For example, authorities fail to protect land and water resources and to control land uses in water catchments and flood-prone areas.

A recent flood in the Vendée coastal district in France, a developed economy, has caused the death of nearly 50 people. While this disaster might seem small compared to many others, it is nonetheless meaningful to France. There are signs that this disaster is being explained as a consequence of extreme and unforeseeable weather conditions or climate change. This was also the case for the disaster in New Orleans, Louisiana. However, in both cases experts issued warnings of impending catastrophes [1].

The dike in the Vendée district was built in the early years of the 19th century to protect agricultural land which has been partly urbanized, a process which accelerated during the last decades without considerations for the potential risks. It was the financial interests of local politicians' and real estate developers' colluding financial interests, combined with several decades of neglect by the national authorities that caused this disaster, not the tide or the waves. These types of storms and floods are statistically likely even without taking climate change into the calculation. It is convenient, however, for authorities to escape the blame by suggesting that climate change is the cause of disaster.

In Bangladesh, a major delta area, clay soils have been drained for agricultural use and are inevitably subsiding. Land, already low, is now even closer to, or even below, sea level. This causes an increase of the risk and the extent of flooding, which is as such a well known phenomenon in Bangladesh. Measures to enhance the safety of the population have been introduced from the 1970s, including mounds that are high enough to stay out of the water. Though the area potentially affected by flooding will increase with rising sea level due to global re-warming, climate change is not the root cause.

Another phenomenon, now commonly associated with climate change, is salt intrusion which makes soils unproductive. Salt intrusion in delta areas is normal and, like in other countries such as The Netherlands, freshwater recharge from rivers and sometimes seasonal floods are needed to control this. In fact, the construction of big dams in India has reduced river base flows to such low levels that not enough fresh water is available in the Delta areas of Bangladesh. The issue is in this case transboundary water management, not climate change as such, despite the prospect of rising sea levels making the future look even more difficult.

In the water and sanitation sector as well as in irrigation, it is common to read statements such as the following: "amongst water users in some areas affected by droughts due to the climate change effects....." Indeed, water users are affected by water scarcity. In many cases this relates to land degradation, inadequate governance arrangements, poor design, construction and maintenance of drinking water and irrigation infrastructure. Climate can be a significant contributing factor aggravating existing stresses, but in these cases it would be important to pay attention to improving micro-climates and rehabilitation of catchment areas which in many cases have been impacted by human activity including urbanization and illegal logging.

The point here is not to say that there is no need to adjust the way we deal with water management. River regimes are changing tremendously due to a variety of factors including increased water demand, groundwater levels are falling, often due to water mining and other unsustainable practices and unreliable annual rainfall combined with low infiltration rates. There is also the crude reality of shrinking glaciers and severe drought in areas that continue to rely on rain fed agriculture. This reality has to be faced and solutions are being suggested, for example in an interesting publication by the Co-operative Programme for Water and Climate (CPWC) proposing the 3R process (Water Recharge, Retention & Reuse) and a set of technical solutions [2].

However, it is clear that these are very complex issues and nobody holds the full truth. Given this fact and that the water sector is sufficiently complex as it is; many have chosen to deal with water sector challenges without linking the work to climate change or global re-warming as such. An executive from a leading international network in the water sector used the term "spaghetti" to describe the level of clarity of the international debate.

Though understandable, this approach disregards the good work done by, amongst others, the CPWC and the IRC International water and Sanitation Centre on mapping out the relationship between WASH and climate change. We cannot close our eyes to changing global trends, but instead must try and be prepared.

On 29 March 2010, we are therefore organising an expert consultation on the issue, and we expect this to help provide pointers on where effort should be directed. We intend to communicate the results with WIN members and partners and look forward to interacting with the wider water sector group of stakeholders during forthcoming international and regional events. We also appeal to concerned professionals to help by joining or establishing WIN coalitions in countries.

Teun is the Director of the Water Integrity Network (WIN), based in Berlin, Germany. A Dutch national, Teun has a background as a civil engineer from Delft University, The Netherlands. He has almost 20 years experience in the water sector. Teun has previously worked as a project manager, country director and senior advisor for the UN, the SNV Netherlands Development Organisation and the IRC International Water and Sanitation Centre.

You can post online reactions to this column using the 'Give your comments' box underneath the article.