On the global carbon market big companies like Coca-Cola reduce their carbon footprint by investing in safe water projects that reduce CO2 emissions.

At the World Water Week in Stockholm several water and sanitation businesses were discussed in a session organised by Antenna and the Toilet Board Coalition. One of these businesses was Hydrologic; a Cambodian social enterprise producing ceramic water filters and involved in the Safe Water II programme. Hydrologic has sold up to 400,000 ceramic water filters to rural villagers and is profitable since 2012. Hydrologic’s secret? Apart from initial support from founder iDE and successful sales strategies, it generates revenue from the sale of carbon credits.

How does this work? 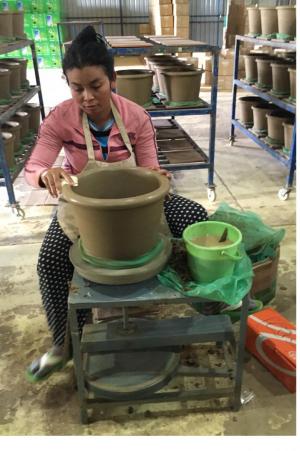 The idea is quite simple. About half of the Cambodian population boils its water using wood or charcoal, thereby producing carbon dioxide (CO2). If Cambodians start using water filters and stop boiling their water, CO2 emissions are being reduced. It is calculated that each Hydrologic water filter in use leads to a reduction of 1.03 tonnes of CO2 emissions per year. The reduced tonnes of CO2 can be sold on the global carbon market for about 3.8 USD per tonne. These tradable tonnes of CO2 are called “carbon credits”.  In other words, a carbon credit is any tradable certificate representing the right to emit 1 tonne of CO2.

Hydrologic sells these carbon credits on the “voluntary” carbon market, where companies, governments and citizens can buy them to voluntarily reduce their carbon footprint. Deutsche Post DHL, Veolia and Coca-Cola are the main buyers of Hydrologic’s carbon credits. By investing in local water filter producers like Hydrologic they create incentives to increase water quality in a less polluting way (i.e. with less CO2 emissions).

About 4.5 billion USD has already been invested via the voluntary carbon market in all kinds of projects that reduce greenhouse gas emissions.  In 2015 1.1 million tonnes of CO2 were traded to benefit clean water projects. This voluntary market is based on, but different from the “official” carbon market, which is linked to the official compliance schemes under the Kyoto Protocol. Both trading mechanisms have been created in an attempt to mitigate greenhouse gas emissions such as CO2 globally.

How to earn money from carbon credits?

To sell carbon credits on the market, your project needs to be certified by an international certification body, like the Gold Standard. This requires an extensive monitoring process in which you proof and quantify how many tonnes of CO2 have been reduced by your project. Everything needs to be taken into account: from the average amount of wood used in a Cambodian cook stove, to the wood used in the ovens to produce the filters, and the fuel used by the vehicle that delivers the filter. Water consumption, water quality, continuous use of the filter; everything needs to be monitored and cross-checked several times with auditors and stakeholders (check the public monitoring reports here).

This is where the carbon credits “brokers” come in. Companies hire them to conduct this application and monitoring process for them. Nexus, the non-profit "carbon consultant" hired by Hydrologic, usually invoices a one-time fee of about 80-100,000 USD for the Gold Standard application process plus 50-60,000 USD for the compulsory annual monitoring exercise. This means that as a company you have to reduce a lot of CO2 before you can actually start benefiting from your carbon credit sales; for Hydrologic at least more than about 25,000 tons for instance. Even then it’s still a risky investment, as the carbon market is not very stable. Between 2012 and 2014 the price of carbon credits dropped by 46%.

If your application is approved by the Gold Standard, your carbon credits can be bought via online market platforms such as Markit. This works as a match-making platform, on which you need to actively attract investors. To do this, many companies again use the services of brokers. If you don’t manage to sell your carbon credits, your investments in the application procedure do not pay off.

Is this a win-win situation?

Is the Gold Standard the silver bullet for scaling up safe water for the rural poor? The revenue from carbon credits is a great incentive for water filter producers like Hydrologic, which is well-established in a country where water boiling is common. Hydrologic claims that about 900,000 individuals (6% of Cambodia’s population) are making use of their filters, thereby saving time, money and reducing air pollution.  Amost half of Hydrologic’s customers lives on 1.25 – 2.50 USD per person per day and 18% on less than 1.25 USD.

Hydrologic was in 2012 the first clean water carbon project in Asia, but nowadays Nexus also has projects in Laos, Indonesia and Vietnam. From the Safe Water II programme also SpringHealth (India) and Tinkisso (Guinea Conakry) entered the carbon market via the broker Believe Green. However, many carbon credits projects listed on the Markit platform are based in wealthy countries such as the US.

Earning money from carbon credits only seems realistic if you are able to reach scale: only then the expensive application process pays off and you are better able to cope with volatile carbon market prices. Generating carbon finance is a risky business and probably not a very feasible option for local projects that aren’t backed by international organisations or/and expensive carbon brokers.

Many thanks to Neeraj Josh (Nexus) for his insights and to Catarina Fonseca (IRC) and Fanny Boulloud (Antenna) for their feedback. 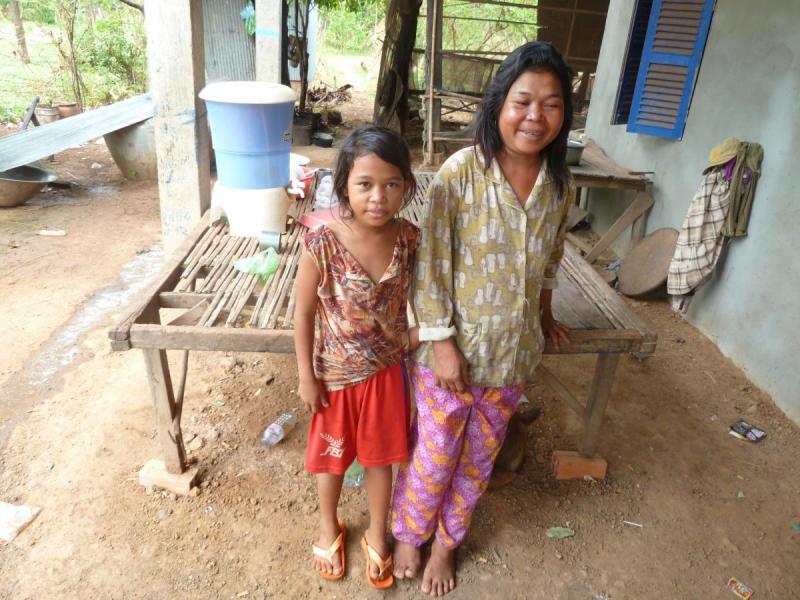