Can you strengthen WASH systems in fragile states?

Lessons from the Central African Republic and Mali. Report of a WASH debate. 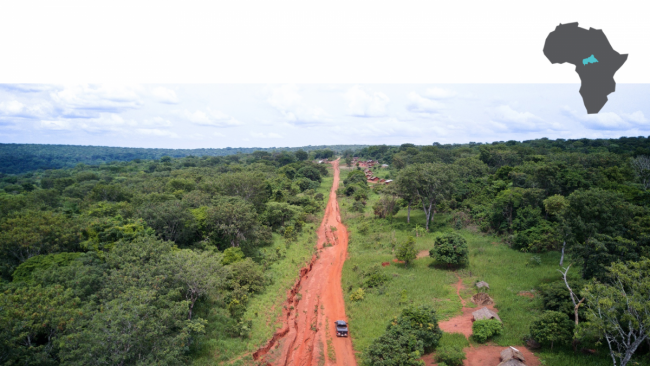 In May 2018, the Dutch Ministry of Foreign Affairs (MFA) announced it was shifting “the focus of development cooperation […] to unstable regions (the West African Sahel, the Horn of Africa, the Middle East and North Africa) in order to tackle root causes of poverty, migration, terrorism and climate change”. Existing efforts in MFA’s focus areas, including water, will increasingly target these “unstable regions”, where half a billion people already face long-term water scarcity. MFA is devoting extra attention to the impact of water scarcity on access to drinking water, especially in the Sahel and the Horn of Africa. The aim is to strengthen the links between WASH, improved river basin management and the preservation of ecosystems such as rivers and wetlands.

In the light of the new focus on Dutch aid, IRC invited experts to a WASH Debate to discuss how long-lasting and sustainable drinking water and sanitation services can be provided in the most fragile contexts. The debate attracted 41 sector professionals to The Hague on 20 November 2019 and over 260 viewers who followed or replayed the Twitter livestream. Participants engaged in a lively discussion with presenters from Water for Good, Wetlands International, SaafConsult and World Waternet, and a representative from the Ministry of Foreign Affairs. 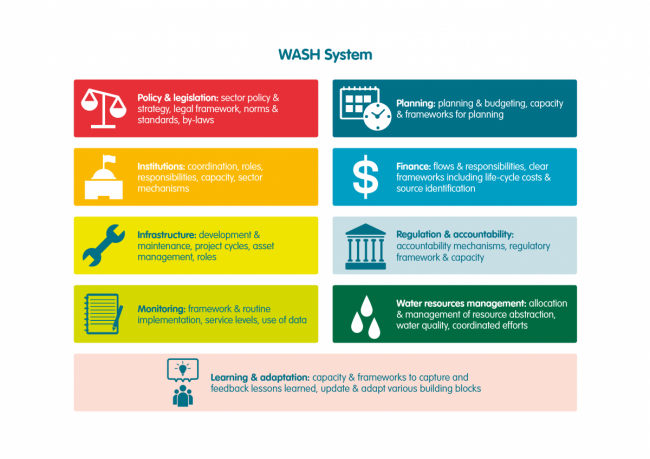 Debate facilitator, IRC's Ingeborg Krukkert introduced the building blocks of IRC's WASH systems approach as entry points or windows through which you can look at the system and work on system strengthening. In the case of fragile states, the political economy (sometimes referred to as "enabling environment") within which systems operate is very challenging. Most likely it lies outside our sphere of influence, so our approach is to understand fragility and learn to function effectively within in it. MFA has developed useful guidelines for conflict sensitive analysis and approaches in fragile states.

Each of the speakers presented different perspectives on how they work in fragile states: from the perspective of a service provider, a civil society organisation and a non-profit networking organisation.

NGO Water for Good (WFG) works exclusively since 2004 in the Central African Republic (CAR), a country facing extreme economic fragility. Director of International Partnerships David De Armey explained how WFG developed from a borehole drilling organisation into a handpump maintenance service provider based on the use of circuit riders. After joining Agenda for Change in 2017, WFG opted to adopt IRC's systems approach to go beyond their preventative maintenance programme and work towards universal, sustainable access. It is piloting a district-wide approach in Mambéré-Kadéi, while maintaining periodic preventative maintenance in other prefectures. David focused on several building blocks to illustrate how WFG is implementing a systems approach in the pilot area. At the same time, WFG is building regional capacity for systems strengthening.

WFG believes it is possible to strengthen systems in fragile states, thanks to their organisation's long-term presence in CAR, their ability to plug short-term projects into the larger roadmap, and their ability to work with systems champions. The intention is not to build parallel systems, but to champion a roadmap that is both supported by all WASH stakeholders and adequately funded.

The two other presentations were both situated in Mali. Wetlands International Programme Manager Dr. Afou Chantal Bengaly and SaafConsult Managing Director Ele Jan Saaf explained how the Watershed empowering citizens programme was building civil society’s capacity to support the integration of WASH with water resources management (WRM). Because there is enough water and faecal sludge disposal is not seen as a problem in rural areas, there was little incentive for WASH/WRM integration. There were many other compounding factors: normative frameworks are non-existent or unknown, polices and laws are not enforced, water quality is hardly monitored and budget commitments are unclear. The lack of knowledge about the human rights to water and sanitation has led to poor accountability, and CSOs lacked capacity to advocate and lobby for better services.

Despite these constraints, Watershed Mali has been able to enhance the capacities, credibility and audience of water and sanitation CSOs, including the Alliance Citoyenne pour l’Eau et l’Assainissement (ACEA-Mali). A multi-stakeholder forum has been established and coalitions of CSOs, local government and media have been strengthened, which can mobilise stakeholders, including Parliament. In addition, Watershed is developing a handbook and guideline on WASH/WRM integration in collaboration with CSO networks and donor-funded programmes.

Issues emerging from the Watershed Mali programme include how CSOs can influence decision makers to increase national WASH budget allocations in fragile states, how to harmonise the institutional and legal frameworks of the WASH and WRM sectors, and how to encourage innovation.

In the last presentation policy officer Annette Rozendaal-Morón explained what  World Waternet has learned so far from a new project, started in April 2019, which is implementing an integrated water resources management (IWRM) approach. In the Blue Deal Dji Don project, World Waternet supports the Agence Nationale de Gestion des Stations d’Épuration du Mali (ANGESEM) to improve wastewater management and reduce pollution of the Niger river. The challenge in fragile environments is to balance a long-term commitment to capacity building and policy reforms with short-term immediate needs of beneficiaries (e.g. people complaining about the stench from a wastewater plant). This requires both adaptive institutions and infrastructure, which can be complicated by a lack of capacity to absorb available funds.

View from the Ministry

“However weak a government or state is, there is always some system in place”, said Ms Joke van Baak from the Netherlands Ministry of Foreign Affairs (MFA). She stressed the importance of using a conflict sensitive approach, which MFA is promoting when working in fragile states. Exclusion from decision making, power and basic services like WASH can lead to conflict as can resentment from groups, which aren’t included in development interventions.

Following the presentations, WASH Debate participants asked the speakers about ways to involve beneficiaries and the private sector, and implementing long-term approaches in fragile states.

Water for Good spent about a year to get to know the needs of beneficiaries of their regional programme in the Central African Republic while conducting the baseline study. They also spent considerable time involving the beneficiaries and the regional director from the Ministry of Hydraulics in programme implementation. Making the beneficiaries aware not only of the costs of implementation but also of ongoing maintenance, helped secure their financial commitment towards the sustainability of water systems.

A lesson learned in Mali was that responding to complaints from beneficiaries helps to maintain a constructive relationship with a wastewater treatment operator. Because local government is generally not very representative in fragile states, you must involve beneficiaries while at the same time taking care not to get overburdened by too many different views. The Netherlands Embassy was praised for their knowledge of the political environment, which was useful to get insights into vested interests of different stakeholders.

Realistically speaking, there is little prospect of successful private sector involvement in CAR. The density of waterpoints is too low and the country lacks a political environment where economies of scale can occur. In the meanwhile subsidies remain necessary. The picture in Mali is completely different. In larger urban centres there is capacity to manage existing and new systems, and in rural areas the private sector is already involved in water service delivery, supported by organisations like Aqua for All.

As mentioned earlier, Water for Good is in for the long haul in CAR. As a national handpump maintenance service provider, it can't simply hand over everything - the data, knowledge, the relationships with everyone in the supply chain from users to international manufacturers - to a local actor, said David de Amey.

Annette Rozendaal-Morón told that the Blue Deal programme, in which World Waternet participates, includes some projects focusing on capacity building while others are looking at ways to secure long-term financing. When asked if she could give an example of another sector where long-term approaches in fragile states are implemented, Annette mentioned Plan International's work on sexual health and rights in partnership with the pharmaceutical industry.

Following up on Joke van Baak’s recommendation to use conflict sensitive approaches, participant Teun Bastemeijer suggested we needed a better understanding of fragility. Ele Jan Saaf accepted that deep academic analysis is good for developing new approaches but didn’t see them filtering down to field level.

At the end of the WASH debate, IRC's facilitator Ingeborg Krukkert's conclusion was: "systems exists even in fragile states". Indirectly she answered the question IRC CEO Patrick Moriarty posed at beginning of the debate: can building systems be a route to achieving good enough governance. The answer to that must therefore be: yes it can.

The debate presentations and background documents are available below under Resources; you can find an overview of conflict sensitivity support and tools under Downloads.

A summary of the sessions on fragile states at IRC's March 2019 All systems go! WASH systems symposium, can be found in the Proceedings Part 2, p. 97-104.

If you want see the whole debate, watch a recording of the Twitter livestream.

Finding the flow in fragile contexts : IWRM in Mali

Investing in global prospects : for the world, for the Netherlands : policy document on foreign trade and development cooperation

DAC Recommendation on the Humanitarian-Development-Peace Nexus