Water supply for all: How can digital solutions help increase access for vulnerable populations? Lessons from Tanzania and Ethiopia. 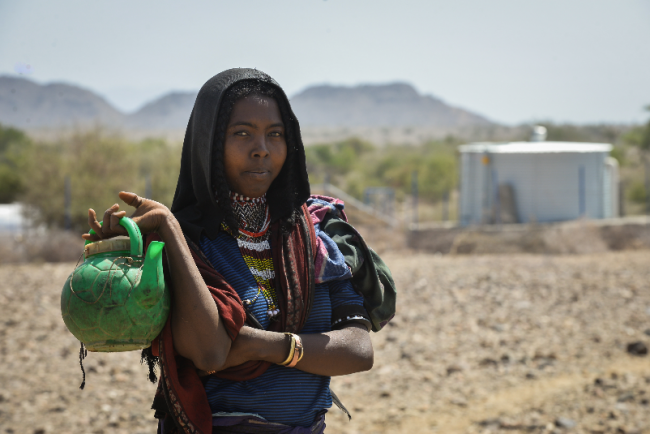 Water—its availability, delivery, and safety—is a fundamental challenge in the developing world. In particular, countries with poor infrastructure, lack of revenue, weak safeguarding of watersheds, and regular impacts from climate change (e.g. droughts or floods) are often confronted with water scarcity and find it difficult to deliver water securely to rural and urban populations alike. Even once water is delivered, water point management and maintenance present pervasive issues. While finance and human capacity are large barriers to ensuring properly sustained water supplies, so are weak communication systems, poor data, and inaccessible information. Many water points across the developing world lay broken due to inadequate information about repairs, many of which cost very little.

Advances in “digital water” promise to create effective information gathering and feedback loops between customers, clients, regulators, and water service providers that address information and communications gaps and improve service delivery, even for remote populations. But these solutions need to be right-sized to the contexts in which they are delivered to ensure they are useful for customers and governments alike.

“Right-sized” solutions leverage new technologies while remaining accessible to underserved and vulnerable populations that need them the most.

Since 2006, the Government of Tanzania (GoT) has been implementing the Water Sector Development Programme (WSDP) but has consistently faced challenges with the reliability and accuracy of data reported. As part of the efforts to improve data and information management for rural water supply, the government adopted the Water Point Mapping (WPM) tool, which uses the Geographical Positioning System (GPS) to map every water point. When the GoT introduced and piloted the WPM in Tanzania in the late 2000s, many people in the sector thought it would improve the way the government monitors and reports on rural water supplies, thereby increasing transparency and accountability of investments in the sector and improving the sustainability of services being provided. However, despite the government’s adoption of the WPM tool, monitoring and reporting in the sector barely improved, and investment decisions were rarely informed by data generated from the WPM tool. By 2013, the sector realised that just having a WPM tool (“technology for technology’s sake”) was insufficient to ensure improved services. Tanzania’s rural populations required more nuanced, thoughtful, and right-sized approach.

Ethiopia’s northern lowland regions of Afar; Somali; and the Southern Nations, Nationalities, and People’s Region (SNNP), where DT Global implements USAID’s Ethiopia Lowland Water, Sanitation, and Hygiene (Lowland WASH) Activity, are characterized by year-round high temperatures, arid climates, and frequent drought. Their pastoralist and semi-pastoralist populations are some of the poorest in the country.

Similar to Tanzania’s rural populations, sustainability of these water schemes presents a major challenge. The ability to monitor functionality of these systems is necessary to improve uptime; however, long distances between physical sites means that access to gain adequate, real-time knowledge of the systems is difficult and expensive to perform. Without having clear information on functionality and breakdowns, repairs frequently suffer from long delays.

As a result, like elsewhere, vulnerable communities turn to either unsafe (ponds or rivers) or expensive (trucked water) alternatives to meet their water needs. Overall, low functionality of water schemes results in water shortages in Ethiopia’s lowland regions and has enormous health and economic impacts on the end users of the systems.

Leapfrogging in the development world refers to the concept of moving straight from underdeveloped systems to modern ones, without passing through intermediary stages that more developed countries went through. The advent of mobile smart phone use, which made landline development irrelevant, is perhaps the most common example of this. Within less than 20 years, adoption of mobile phone use in low- and middle-income countries went from less than 5% to nearly 100%.

But while leapfrogging can be revolutionary (consider, for example, the use of social media to catalyse the Arab Spring), it’s important to keep in mind what a country can achieve with the resources available to it now. Many developing regions are years or decades away from accessing the highest tech solutions—due to resources, poverty levels, conflict, or complex social and political dynamics. In low resource geographies, we need to think in terms of right-sized digital solutions: ones that leverage new technology but remain accessible to the underserved, vulnerable populations that need them most.

The UK government through the Department for International Development (DFID) has pioneered the implementation of Payment by Results (PbR) scheme in the water sector in Tanzania, where Local Government Authorities (LGAs) are incentivised with additional funding ‘bonuses’ based on improvements in local service delivery. Under PbR, LGAs are benchmarked and then rewarded when water points remain functional. The design was built on the premise that LGAs could be motivated to increase their maintenance efforts, and hence would improve overall operational sustainability of water points in their jurisdictions. The PbR’s initial design relied on the government’s WPM system for reporting, monitoring and measuring progress on outcomes to trigger disbursements. However, when the scheme was launched in 2014, independent data verification found that the quality and reliability of the government’s data was insufficient to record progress on outcomes as required by the programme. PbR paused for two years as they brought in technical assistance to support the government to improve the monitoring system.

To tackle the underlying challenges of data management, PbR reconsidered technology as an enabler, rather than the goal itself. The new system prioritised putting in place context-specific, simplified, and cost-effective procedures and processes for monitoring and reporting, along with understanding the culture and incentives for data use across the government hierarchy. Key to the redesign was to use PbR as a lever to drive positive change to improve data management within the Ministry of Water, which included establishing the requisite level of political commitment to improve data and accountability within government.

Starting with political commitment provided a space to streamline data management processes at the operational level—for example, the government created a central data management team and tasked it with managing data improvement within ministries. This included simplification and reduction of reporting frequency and enabled district teams to manage processes more efficiently.

The result: Improved levels of reporting and data quality reached a threshold high enough to allow PbR to proceed. District offices monthly reporting on water point inventory status increased from 26% to 99% within the first year and has been maintained at over 95% for the past three years. Significant progress has also been made to improve completeness of the inventory, recovering over 50,000 additional water points which were missing from the national inventory. As the main processes are now streamlined, PbR is supporting the government to digitise the reporting process whilst allowing for flexibility by LGAs to choose the best reporting mechanism that works in their context.

With strong political will, PbR was able to drive greater transparency in its scheme and created a more self-policing culture within the rural water sector. By getting away from a technology-centric approach and right-sizing the solution to focus on enabling conditions, PbR has found success in Tanzania. 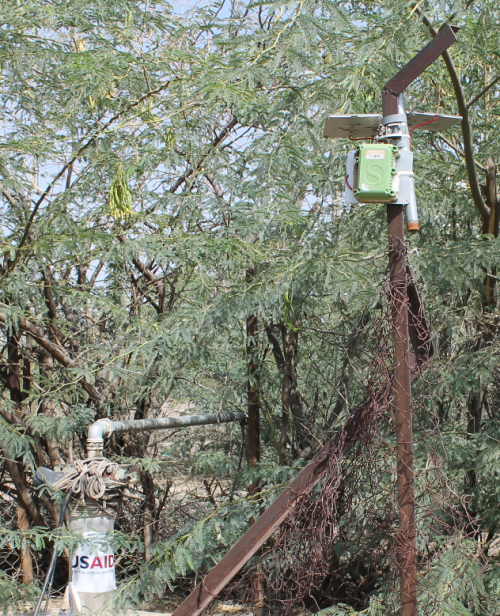 These sensors monitor the functionality of the system and transmit information on a daily basis back to an asset management tool, developed by mWater, with one dashboard for Afar and one for Somali. This information includes whether the system is functioning, the number of hours per day it’s being used, and from this, the approximate volume of the water extracted. Breakdowns in water systems are also transmitted to the water bureaus. These real-time updates make it easier for Afar and Somali Regional Water Bureaus to improve water service for remote pastoralist populations by pinpointing water system usage and breakdowns.

While Ethiopia’s case does rely on new technology, it still confronts right-sizing choices and must consider the cost and technology tradeoffs between satellite and GSM options. To get it right, the project must weigh the challenges of how often a mobile network is down versus the high data costs when using Iridium Satellite technology.

The goal of this programme is to increase the effectiveness of district water offices so that they know when a system stops operating, can understand the cause of the breakdown, and decrease the time it takes to source parts and repair the system. Further goals of the system aim to improve decision making around water point repairs and strengthen the management of water assets in the department.

Through strengthening the Government of Tanzania’s existing monitoring system, DFID’s Payment by Results approach has shown that flashy, new techno-centric solutions are not the starting point for improved water service delivery; instead, political will and buy-in have allowed the PbR incentive scheme to advance and make improvements. While Ethiopia is deploying sophisticated digital tools for remote water point monitoring, its government must make choices which are right-sized to the remote environments they operate in. In both cases, the question is not whether digital solutions are right or wrong, but rather to what degree can what types of digital provide improvements that are affordable and usable in the ecosystem.

Payment by Results: An end or a means to an end?

Monitoring and messages for faster maintenance

Learning about Payment by Results in Water, Sanitation & Hygiene (WASH)