Calculating shit volumes can be a messy business

Appraising shit flows along the entire sanitation service chain and identifying the weakest links of the chain is not as easy as one might think. The development of a simple-to-use faecal sludge management assessment tool has brought that to light.

To implement or improve any kind of system in a city it is essential first to understand how the current system is working (or not) before rushing in headlong with any preconceived ideas on how to help. To this end, an initial assessment of the city wide situation is important in understanding what problems are the most crucial, and to show municipalities where the main problems lie. This approach is in accordance with the initial planning phase of IRC, helping to understand where to focus the often limited budgets of local governments or private funds. An assessment tool therefore needs to be practical, user friendly and above all it needs to relate to the city’s realities so that any score can be readily translated into an action. Although there are existing tools to assess urban faecal sludge management (FSM), these either are not able to include qualitative information or the scorecards they provide do not give adequate explanations for a bad score which makes it difficult to translate the results into a real life comparison of what is needed to improve. 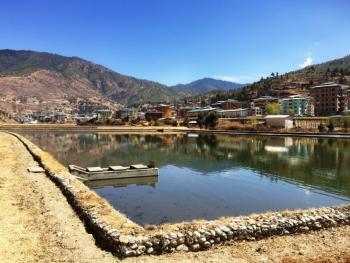 IRC's new tool-in-the-making sets out to do just this - to quickly and accurately assess the initial faecal sludge management situation in a city in order to allow for informed decisions by decision makers. In analysing the current situation and relaying the results in a comprehensible way the tool can be used to show the critical places in the chain which will yield greatest benefit if given focused attention. A city-wide FSM assessment requires a holistic view of the whole sanitation service chain, and so the tool will allow for the blending of both quantitative and qualitative data in order to ensure the whole situation is understood more completely. By selecting only the most relevant data needed and by using secondary data as much as possible an accurate overview of the city can be produced in a short time frame, keeping stakeholders' interest and allowing an earlier start time for interventions.

That is easier said than done though: what is the most relevant data? Initially creating the rapid assessment tool for FSM appeared to be easy. Surely, all that needs to be found out is the size of the population and how much shit they produce? Simple. But as you get further down the chain more and more assumptions have to be made. How many people who have toilets also defecate in toilets at work/public toilets/ restaurants/ somewhere else? How much is produced by people coming to the city for work or other reasons? How do you establish the size of a septic tank when the owners have no idea? How will you account for all the sludge which is undoubtedly spilt in emptying pits and transporting the waste to elsewhere? And when you get right down to it, how much shit does one person produce? Apparently this important initial volume changes hugely from country to country as diets, lifestyle and wealth change. There are so many interconnecting factors that the mind boggles. To simplify the enormously complex but still leave an accurate representation is what this tool hopes to achieve. 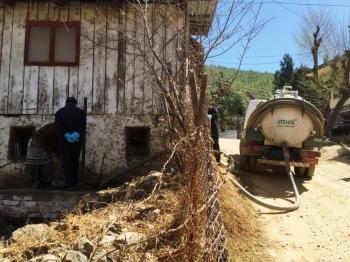 In terms of practicality, the tool will focus step by step on the sanitation chain (capture, containment, emptying, transport, treatment and disposal/reuse) in order to best identify the weak links. With the aim of much of the Millennium Development Goals (MDGs) focusing on the provision of sanitation facilities (capture and containment), the other links in the sanitation chain can easily be forgotten. With the start of the Sustainable Development Goals (SDGs) there needs to be a renewed focus on the chain as a whole. The key quantitative data required to identify where most faecal matter is being lost and causing environmental damage, as well as human health hazard, has been identified as the volume of sludge safely dealt with and passed on to the next link in the sanitation supply chain. If it is seen that around 50% of FS is lost before emptying and that septic tanks and pit latrines are in fact never emptied then this may be a more effective place to focus rather than on the treatment at a wastewater treatment plant which treats less than 5% of the total volume produced. By focusing the tool on each separate part of the chain, decision makers can see the sanitation link which loses the greatest volume of sludge, and also the qualitative aspects in each link which cause greatest procedural difficulties. In identifying and grading these challenges an intervention strategy can be planned based on the priorities identified by the tool.

However, the tool will not only look at the numerical volume aspects but also at less easily quantifiable issues such as policy and legislation availability and enforcement, presence and adherence to health and safety, and stakeholder analysis. This is a much more challenging step, to quantify qualitative data so that results can be presented and understood easily. These issues are in part analysed through specific scorecards built into the tool. To make the scorecards more useful a separate one has been created for each step in the sanitation chain, so that the specific area requiring attention can be more easily identified.

Although the tool will be initially tested in three cities in Indonesia, it is being designed as a universal solution so that it can be applied usefully in any urban situation across the globe. More work is needed on it before then, the addition of a clear user interface possibly being the next big challenge. The more logical and user friendly the data input experience, the more used and useful the tool will hopefully be.