Bringing the private sector to the table

The question is not if, but how they should be involved. 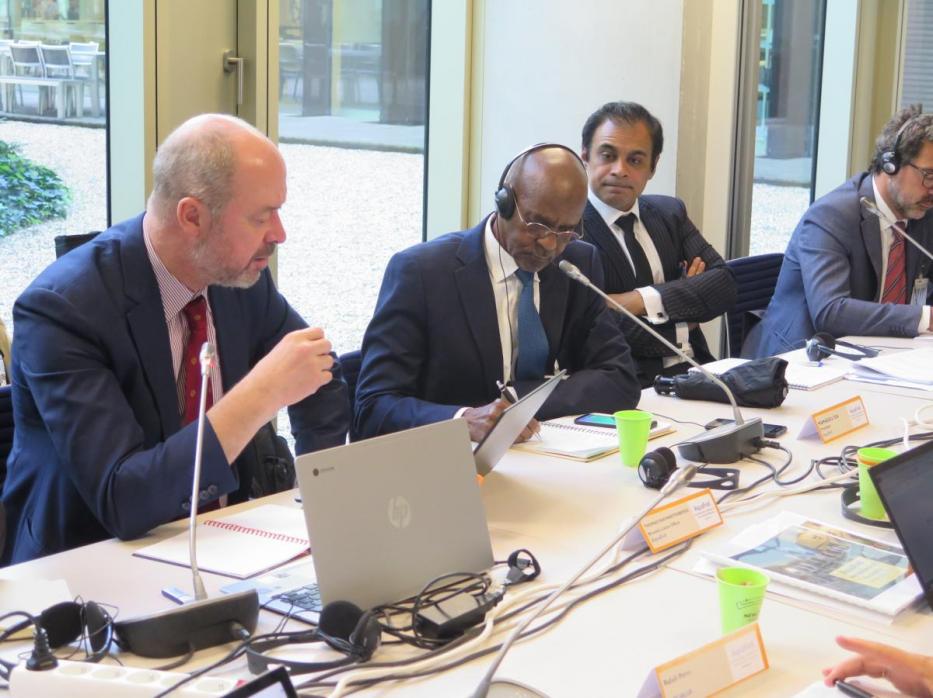 As much as any other constituency it requires clear agreements and rules of the game to engage effectively. That's why it's essential the private sector plays a full role within Sanitation and Water for All, .

A couple of weeks ago, I spent an interesting afternoon in Paris at the headquarters of Veolia who hosted AquaFed's annual meeting. AquaFed is the network of private sector water service operators. I was there at the invitation of AquaFed's energetic director Neil Dhot, to talk to Aquafed members about Sanitation and Water for All (SWA). Recently, and after a long and sometimes bumpy and contested process, the terms of engagement of the private sector constituency had been approved by SWA's steering committee. AquaFed, in the person of Neil, currently represent the private sector constituency on the steering committee.

One of the questions I was asked during my visit was ‘how can the private sector be treated as a normal member of SWA?’, suggesting that, at least from private sector members’ perspective, they do not yet feel entirely accepted by all other SWA members. It’s an important question and one I can’t answer for all other members, other than to say that, speaking for myself, I think that the private sector are not only normal but essential members of SWA.

This said, I don’t in fact believe that the heart of the discussion is so much about private sector involvement ‘yes or no’, so much as it is about the private sector as an operator and deliverer of services. In other words, the discussion of private sector involvement is actually a discussion about ownership and operation: who operates the infrastructure to deliver services and, most importantly, who owns the assets through which they are delivered; the pumps, pipes and boreholes. It is this latter question, who owns the assets, that is one of the two most emotive aspects of the private sector discussion, the other being the question of how to extend services to the poorest where a profit motive is involved.

Over the years, and particularly since the wave of World Bank pushed privatisations in the 1990s came to an end, I’ve become increasingly convinced that discussions about water and sanitation service delivery don’t really benefit from being dragged into the big broad ideological fights about whether the private sector is – per-se a good or bad thing. In today’s mixed economies the private sector is always there, in what role(s) and under what conditions are part of national decision making.

What is essential, for everyone, is clarity. Ad-hoc private sector provision in an unregulated environment is as inefficient and unsatisfactory as poorly supported community management or municipal provision or, indeed, badly run and under-invested public utilities.  None of which provide satisfactory answers to the critical questions of how to ensure investment in and maintenance of assets, or extension of services to the poorest.

So, it is up to countries to decide what ideological flavour of service provision they desire.  Once the decision is made, however, it becomes incumbent on them to ensure that all the pieces are in place to ensure that whatever model(s) they permit, can actually work in practice.

Put another way, the issue is not so much who owns or runs the service, but how can we ensure they do so as efficiently and equitably as possible. And my experience here is that this has very little to do with who ultimately owns the assets, or indeed whether or not they make a (small – this is not an industry of huge returns) profit in doing so. What matters is managerial efficiency and regulatory clarity.  And here, the devil of sustainability and good services provision is in the detail: of the network of policy, laws, regulation, and permitted models of service delivery (including ones with private sector involvement) that together make up the sector. In the detail, an effective private sector requires an effective state – and NGOs, donors and research organisations. And vice-versa.

Private sector has to be member of SWA

I champion the inclusion of the private sector, and particularly of private sector service providers, in SWA because I think it’s essential that they bring their experiences and perspectives to the table in working these details out in practice.

The extent to which the private sector is permitted to be involved in delivering services – from not at all, to full privatisation including ownership of assets – is a question for sovereign decision-making. Where SWA, and all of its partners can help, is in advising on that decision and once made, help work out the critical details of its implementation.

Sanitation and Water for All (SWA) - Private Sector Constituency

Social entrepreneurship within the WASH system - blog by Patrick Moriarty