Bongo district in the Upper East Region of Ghana became known throughout Ghana for the quality of its water –for the wrong reason. The district is a global hotspot for fluoride concentration and water from some wells was damaging the health of its population. 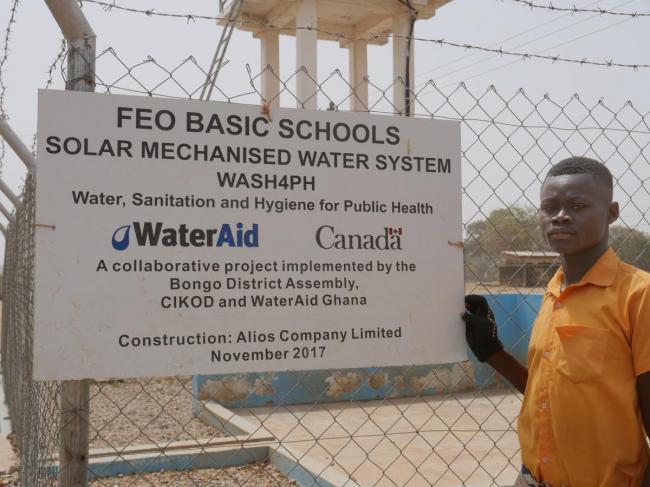 Bongo district in the Upper East Region of Ghana became known throughout Ghana for the quality of its water – for the wrong reason. The district is a global hotspot for fluoride concentration and water from some wells was damaging the health of its population.

While many countries add low levels of fluoride to drinking water to prevent tooth decay, high concentrations do just the opposite – damaging teeth and bones and implicated in other health problems.

Ebenezer Asomaning, Bongo District Engineer and WASH Focal Point, says the effects are visible in the community. “You can see the dental fluorosis in our children and some other groups. We are also aware that it affects the bones with constant pain to aged groups, so the effects are very serious.” Good practices to combat this have now been implemented throughout the district including communities in Bongo town, Asaloko, Foe and Soe.

When the local government, Bongo District Assembly, set out to address this issue they first had to take a step back. More than 30 boreholes that had been dug to replace surface water sources had to be capped after they were found to be severely affected. There was an urgent need to replace them with safe clean sources.

Daniel Canyase, Co-ordinating Director of Bongo District Assembly, says the district had to appeal for help. “Community members and leadership cried out to Government and other development partners to come to assist them. All the opinion leaders and the stakeholders coordinated their efforts to get people to appreciate their plight." And partners did respond – including the World Bank, UNDP and UNICEF. Most recently, WaterAid Ghana has been working on a WASH for Public Health (WASH4PH) project in 24 Bongo communities, focusing on schools and community health care facilities (CHPS).

The district itself also responded, more than doubling the District Assembly WASH budget for 2019/20 and committing itself to drilling and rehabilitating at least 15 boreholes a year and increasing the number of small-town schemes.

The Co-ordinating Director says that water has become a top priority for the Assembly.  “Even though the District Assembly is doing other things including education and health, we see water as a major concern because of the vital role it plays in our lives.”

Strong progress has been made

Bongo district has made strong progress. Water coverage is up from 70% in 2017 to 84% in 2020. However, only 24% of people receive safe water through mechanised boreholes. By next year (2021) the district plans to raise mechanised coverage to 40% with six small town schemes covering 20 communities, based on deep boreholes.

Both WaterAid and the District Assembly install mechanised systems powered by the latest solar technology so that communities do not face electricity charges for running their systems. More emphasis is being paid to ensuring that community Water and Sanitation Teams collect money to sustain the systems, while the District Assembly WASH team provides technical advice and training.

The most efficient means of collecting money is through ‘pay as you fetch’. However Daniel Canyase, District Co-ordinating Director says that it is important that payment systems have community support and some prefer monthly collections. “We do not force them to adopt a certain system of collection. We rather build their capacity on what they already know and how to do it. If you push them and support them a little they will be able to collect the money.”

Ebenezer Asomaning, Bongo District Engineer and WASH focal point, is optimistic that they will achieve SDG Target 6 ahead of schedule. “We are on course by 2030, even before that time. Looking at our investment and what we have now, we will be able to achieve 100% coverage by 2025.”

The focus is not only on water. Sanitation is equally significant. In 2015 when WaterAid  began its WASH4PH project, more than eight out of ten people were practising open defecation in Bongo district. So when WaterAid installed solar powered mechanised water systems to pipe water across communities, it also helped them to tackle pollution and hygiene issues by introducing community-led total sanitation (CLTS) and training community members to promote good hygiene. 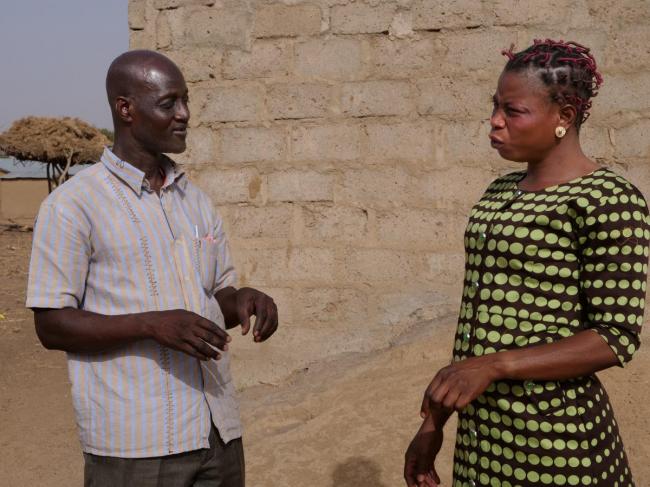 The District Environmental Health Officer, Mumuni Abdulai, describes how the district and partners trigger the CLTS process leading people on “a walk of shame” through the community, noting where people defecate and then drawing a community map on the ground, marking all the houses, schools and water points. People soon agree that when the rain comes the faeces will pollute the water supply. “They will tell you - the faeces will all flow to the water sources. In effect, if you go and drink, what are you doing? You are taking in your own faeces. That is where the triggering starts. People start to think that the situation where we find ourselves is not the best and they think about how to change it.”

Today the district reports that 38% of households have access at least to basic sanitation and the number of communities that have been declared open defecation free is increasing.

George Kwabena York, WaterAid Ghana Head of Policy, Advocacy and Campaigns, says good sanitation and hygiene practises are the hardest targets to achieve. With enough resources and commitment, safe boreholes can be dug and water provided.  “The sanitation component is very difficult to change because it is really about attitude and behaviour, so it takes a little bit of time."

Over the course of its five year project, completed at the end of December 2019, WaterAid helped 19 of the 24 communities where it worked to become open defecation free, and it hopes in the future to expand this record.

“We still have a long way to go and a lot of activity with ODF. We are hoping that when we go there in a year or two, they will not have gone back to their old way of doing things.” WaterAid is looking for ways to ensure that progress is sustained and expanded to more of the 99 communities in Bongo district. “We are developing case stories and ensuring that we share them with the District Assembly and throughout the country for others to also buy into that, so that together we can really help the country to achieve our SDG target by 2030.”

Bongo has benefited from the support of partners, but the District Assembly takes responsibility for the overall plan and coordination, developing its Medium Term Development Plan with other stakeholders and preparing a District Water and Sanitation Plan, within guidelines set in the National Medium Term Policy Framework (NMTPF). 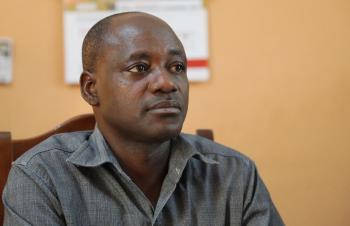 Daniel Canyase says: “The Assembly coordinates all the partners in such a way that everybody is put on their toes to play the role they committed to. We don't leave anybody out of the equation. Everybody is brought on board and is supported to do what he is expected to do.”

Thomas Kugoriba, District Assembly Planning Officer, says that the district has created an enabling environment for development partners and it also ensures that communities are in favour. “Community entry is very important so before we start any project through development partners, we get in touch with the traditional authorities, interact with them and ensure they buy into the idea. We ensure that they are part of it so that they can take ownership of the project. It all boils down to good leadership.”