Big lenders like the World Bank understand the challenges of sustainability. They accept that we need to move from providing infrastructure to providing services. Still, they find it difficult to find an entry point for including costs other than capital costs in their loans. 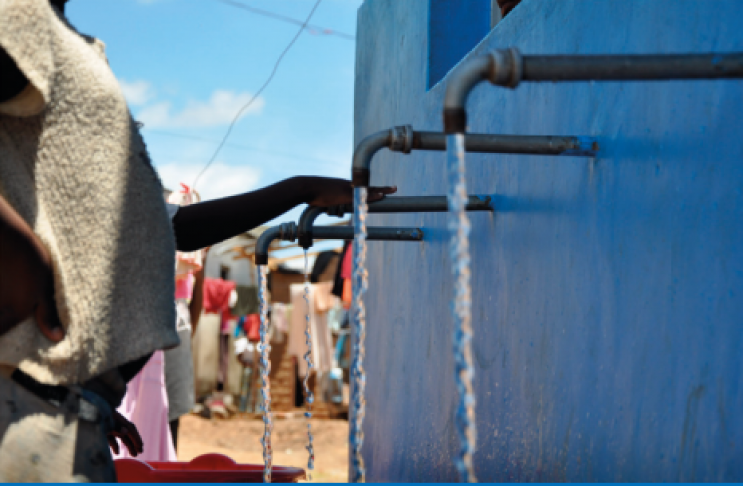 Big lenders like the World Bank understand the challenges of sustainability, but find it difficult to find an entry point for including costs other than capital costs in their urban water and sanitation loans. This is one of the messages that IRC CEO Patrick Moriarty picked up during a workshop co-organised by Vitens Evides International and World Waternet in Amsterdam, The Netherlands on 17 June 2014.

Clients are not asking for loans that cover sector reform and capacity building, lenders say. Nevertheless, World Bank team leader for Latin America Ivo Imparato and Marco Schouten of Vitens Evides International emphasised that lenders should always include a provision for these kinds of “software” elements in their budgets.

Lenders are still not big fans of something like a sustainability clause that would make them responsible for the sustainability of urban water and sanitation systems after they have been built. Most feel that responsibility lies with water utilities. One of the workshop recommendations was to hold urban water suppliers more accountable for the actual delivery of water services.

The workshop on “Improving water and sanitation services for the urban poor” preceded the annual Governing Council meeting of the World Bank’s Water and Sanitation Program (WSP).  It was a nice opportunity for the Dutch water sector to profile its expertise and share ideas with the World Bank and the WSP Council on how to extend services to growing number of urban poor. 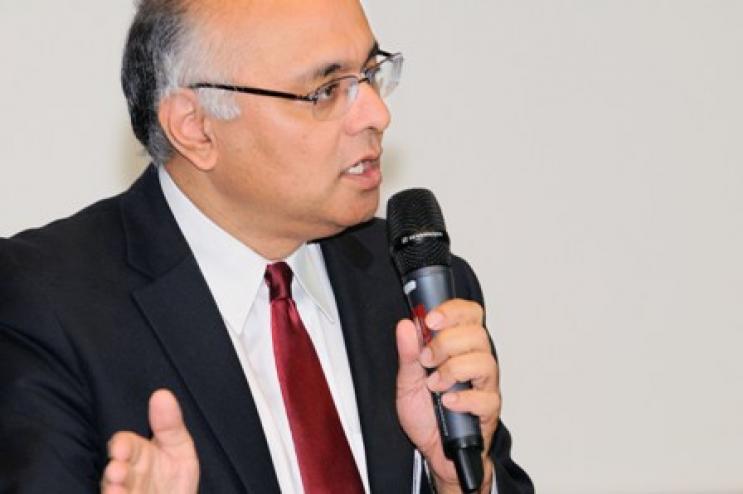 “It was good to hear the Bank’s Global Water Practice Leader Mr Junaid Kamal Ahmad talking about moving away from providing infrastructure to providing services”, says Patrick. “When WSP Council member Glenn-Pearce-Oroz was asked ‘but how about the un-served?’, he stressed that while, yes, we need to keep expanding coverage it can’t be at the cost of providing good services of decent quality”.

Urban WASH "It's no longer about access .. it's about services" Glenn Pearce-Oroz #WSP2014

“It was gratifying to hear the Bank talking like that and how this fits in with the paradigm shift that we at IRC have been pushing: from delivering good water, sanitation and hygiene services not just to a few people for a while but to everyone forever”, Patrick remarked.

Partnering with the private sector

Without including WASH, the World Bank can’t achieve its twin goals of eradicating extreme poverty and inequality, executive director Frank Heemskerk said when he addressed the workshop.  Improving partnerships is a key strategy to meet these goals, for WSP and the World Bank alike.

Partnerships at country level were also considered important, especially those between water utilities and the private sector. World Bank team leader for South and East Asia Almud Weitz and IRC senior economist Catarina Fonseca concluded in their session that there are many opportunities for involving entrepreneurs to realise public sanitation objectives.

It may not be realistic to work through the utility to reach the poor. #wsp2014 showing AlJazeera film on Nigeria http://t.co/DwvVPkAp5l

Mr Valdemiro Bernardo Matavela of AIAS (the state organisation responsible for the small towns in Mozambique) talked about the programme to provide water to 130 small towns and sanitation to 150. AIAS needs to increase the number of towns served from 5 to 15 per year. In the past rehabilitation had been poorly managed. To improve that, the programme is calling in the help of the private sector.

The Council Minister for Water from Mombasa County, Kenya, Mrs Fatma Awale, who is also responsible for the Mombasa Water Company, highlighted the challenges that arise when government responsibility is devolved without providing the money needed to implement devolution. She was unable to attract the US$ 200 million needed for an ambitious five-year plan to improve drinking water and sanitation coverage.