Beating the heat in Odisha

“Over 25% of India’s population hit by drought”, “Acute water crisis grips Paradip:  the local newspapers are full of alarming headlines about drinking water shortages. During my visit to Odisha, this region in the East of India is in the grip of a severe heat wave. With temperatures up to 46 degrees Celsius, the heat reveals the poor state of drinking water services in the region. According to the Indian Express, only 17,210 of Odisha’s 47,149 villages have piped water connection and only 1.35% of Odisha’s 9 million rural households gets piped water supply.

Citizens’ protests demanding safe drinking water have become a regular phenomenon in Odisha.  Recently, female members of the Congress Party broke earth pots to show their discontent and activist Sangita Swain filed a petition to the Human Rights Commission to address the lack of safe drinking water in Odisha. The Odisha Human Rights Commission (OHRC) has requested the state government to report on these issues.

Bridging the gap: the entrepreneurial model 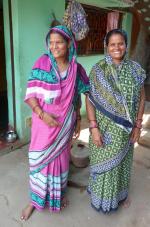 To temporarily alleviate Odisha's thirsty inhabitants, the state government has announced to provide 411 tankers for supplying water in rural areas this summer and to repair several defunct pipes and tube wells. In Gopalpur, a small village in the coastal area of Odisha, the villagers don’t have a lot of faith in these announcements. The tap that the government once installed hasn’t been working for ages and the water in the well nearby tastes salty and causes stomach problems. Since 6 months the villagers have another alternative: a home-delivered jerry can with 10 litres of safe drinking water at the doorstep for 5 rupees (6 eurocents).

The jerry cans are provided by Spring Health (SH), one of the social enterprises we study in the Safe Water II programme. Spring Health is an Odisha-based private company providing home-delivered safe drinking water through local entrepreneurs. With his experience in the telecom business, CEO Kishan Nanavati has expanded SH’s reach from 2 villages in 2011 to 234 now. In sizzling hot Odisha I visited several of SH’s customers to see how this model works in practice.

Anupa Swain is one of Spring Health’s 100,000+ customers, living in Gopalpur together with her husband and three children. Anupa’s husband works in construction, their family income is about 10,000 rupees (€ 130) a month. Since the government tap in the village broke down and was never fixed, she used to fetch water from the well nearby. She was often ill, suffering from jaundice, and spent about 500-1000 rupees a month on medical expenses. On the news Anupa saw stories about water contamination and when SH came to her village she immediately registered as a costumer. Now Anupa gets 1 jerrycan with 10 litres of chlorinated water at her doorstep every day, spending 150 rupees (€ 1.96) a month:  1.5% of the family’s monthly income. Interestingly, Anupa is actually saving money: her health considerably improved and her medical expenses dropped from 500-1000 rupees to almost zero rupees per month.

How does it work? 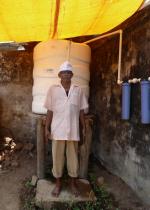 So how does this clean water reach Anupa’ s doorstep? SH’s sales managers produce chlorine on a daily basis using the WATA device. With this device, developed by Antenna Technologies, they convert water and salt into sodium hypochlorite (used to chlorinate water) through a process of electrolysis. The only things this process requires are the device, water, salt and electricity. Every day, SH’s sales agents bring this chlorine solution to water kiosks in the villages. These kiosks are run by local entrepreneurs, selected by SH together with the village elders. The sales agents put chlorine drops in the entrepreneur’s storage tank, check if the water contains the right amount of chlorine and head to the next village. Then, the entrepreneur fills the jerry cans with the disinfected water and a delivery boy brings the jerry cans to the consumer’s doorstep.

The entrepreneur shares the revenue depending on how many jerry cans he sells (the more jerry cans he sells, the bigger his share). He pays an initial 5,000 rupees (€ 75) fee to SH and builds the basic foundation for the storage tank. Then, SH installs the storage tank, its connection to the water well and two filters (1 carbon and 1 cotton). The delivery boy gets a basic salary from SH plus 1 rupee per jerry can he delivers. When the entrepreneur is ready to start his business, SH organises a two-day social marketing campaign to inform the villagers about the benefits of safe drinking water. To guarantee the quality of the service, SH sales agents randomly test the water of three customers per village a week.

Creating a demand is an often heard challenge in the safe drinking water business. However, SH’s model with a trusted entrepreneur in the village, social marketing campaigns, quality checks and affordable home delivery seems to be quite successful. For their social marketing activities SH gets investments and grants from organisations such as the Stone Family Foundation, Aqua for All and Antenna Technologies. From June onwards, Kishan aims to expand with 18-20 villages a month and by the end of the year SH is expected to break even. Apart from serving 100,000 customers, SH is providing jobs for 74 business associates, 234 delivery boys and 234 entrepreneurs.

Providing safe water to the rural households in Odisha is a huge task and it requires the state government to spend its budget effectively on establishing sustainable drinking water services. In the meantime, entrepreneurs like Kishan provide a reliable, affordable and safe option for rural villagers like Anupa Swain, who have to beat the heat on a daily basis.

In the Safe Water II programme IRC maps social enterprises that provide safe water to people at the bottom of the economic pyramid (BoP). The lessons learned from 7 enterprises are being compiled in a Toolbox. The programme is funded by Swiss Agency for Development and Cooperation (SDC) and led by Antenna Technologies. If you want to know more about the Safe Water II programme or Spring Health please get in touch. I will keep you posted on any new developments. 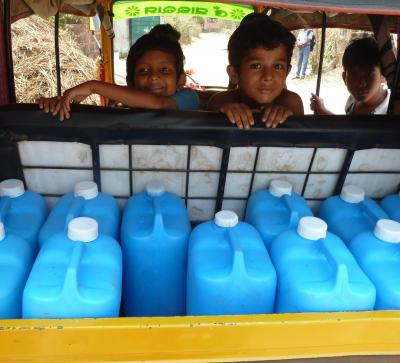