IRC-supported commune in Burkina Faso promises water and sanitation for everyone by 2030. 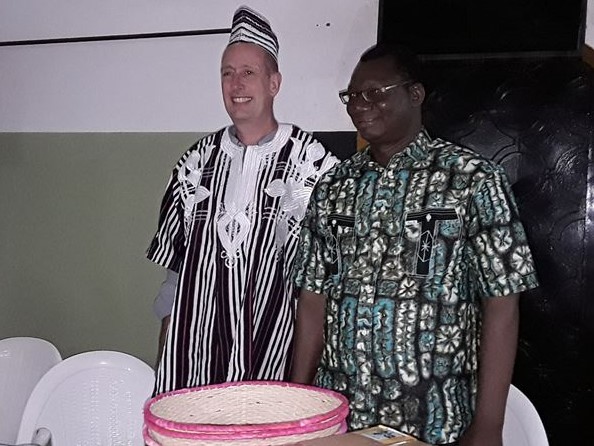 “Our vision is clear. By 2030, dynamic communal governance will have made Banfora a reference in terms of access to sustainable drinking water and sanitation services everywhere, for everyone and at any time. We want Banfora to become the reference at national level and beyond”. Mr Aboubakar Hema, Mayor of Banfora during the launch of Banfora’s 2030 WASH master plan.

Ensuring that every citizen has access to safe water and safely managed sanitation by 2030 is, first and foremost, the responsibility of government, especially local government. This in turn calls for strong and consistent political leadership as well as technical competence. This doesn’t mean that government has to deliver these crucial services – although it can – but it does have to ensure that they are delivered.

That is why IRC’s 2017-2030 strategy is built around supporting local government partners to articulate, plan and deliver on the promise of water and sanitation to all the citizens of their district – or in the case of Banfora their commune – by 2030. Banfora currently has 154,000 inhabitants, which are expected to grow to 235,000 by 2030.

It is because political commitment is so essential, particularly if we are to ensure the sustainability of services in the long term, that the commitment shown by Banfora’s Mayor, Aboubakar Hema, is so critical to success. Technical skills, such as those of Mr M. Koné Tiécoura, head of Banfora’s Water and Sanitation department are also essential, but without political leadership technicians will lack the resources needed to do their jobs.

What is more, political leadership is required both locally and nationally, which is why it is so significant the launch was addressed by Minister of State, Mr Simon Compaoré, himself a former popular Mayor of Ouagadougou. The fact that Mr Compaoré was aware of Banfora’s efforts, and referenced them as an example for the entire country, is due to the lobbying efforts of Mayor Hema. The same lobbying efforts that have helped to already identify much of the 12 million euros of investment required for the first 3-year phase of the plan.

“You are not the most important city in Burkina Faso but you have done something that positions you, that directs, that gives the example and which advances the situation of the inhabitants of the communes of Burkina. I will tell the Minister of Water and Sanitation that Banfora deserves special support”. – Mr Simon Compaoré during the launch.

It’s easy to talk of strengthening WASH systems, but often hard to pinpoint what – in practice – this entails. Not least because with WASH systems being complex and involving so many different elements and actors this can and does change over time. Yet the work that IRC is doing to support the Mayor of Banfora, his team and multiple other partners, in developing Banfora’s WASH master plan and putting it into action provides an excellent example of what this entails in practice. IRC Burkina Director Juste Nansi’s blog provides more detail of the early stages of this process.

Banfora is the second of IRC’s partner districts to formally launch its master plan (read Ghana's Asutifi North district master plan here).  In both districts, strong political and technical leadership that publicly and clearly commits to universal access – to getting to everyone, everywhere, forever – is providing a model of what is required to deliver on the promise of the SDGs. IRC is proud to support Banfora, its Mayor, his team and all their other partners in delivering the WASH master plan – and our entire organisation is increasingly geared to doing so. As the work in Banfora and other districts progresses, we’re equally committed to sharing the lessons learned both nationally and globally.

Sanata dreams of a tap in her yard: a photo story about the water challenges facing the people of Banfora in Burkina Faso