A meeting organised by Uganda Water and Sanitation NGO Network (UWASNET) and IRC Uganda, to inform the parliamentarians about the Watershed empowering citizens programme, discuss key issues in WASH and IWRM, and make recommendations on how the issues can be addressed effectively. 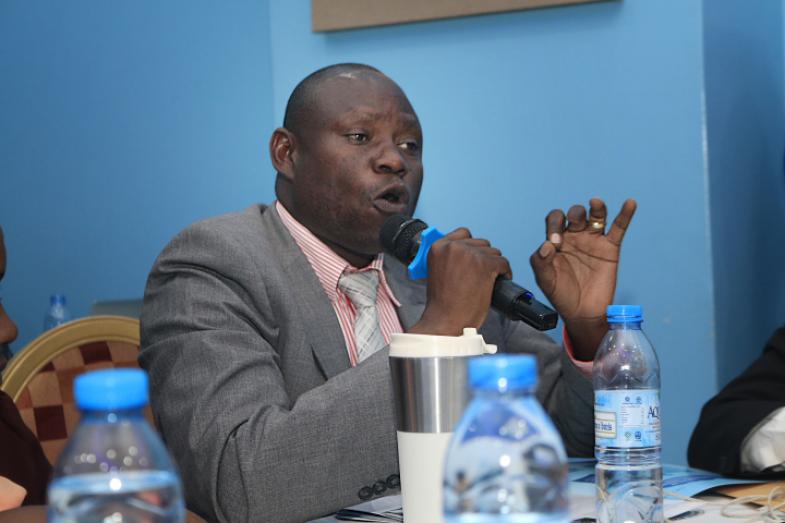 “Environmental degradation is the biggest threat of our time. It knows no colour, nor political affiliation.” These were the sentiments expressed by Noeline Basemera, Woman MP Kibaale District. She was speaking during a meeting between Members of Parliament on the Natural Resources Committee and Civil Society Organisations (CSOs) working on issues of Water Sanitation and Hygiene (WASH) and Environment and Natural Resources (ENR).

The meeting was organised by Uganda Water and Sanitation NGO Network (UWASNET) and IRC Uganda, to inform the parliamentarians about the Watershed empowering citizens programme, discuss key issues in WASH and IWRM, and make recommendations on how the issues can be addressed effectively.

Citing examples from their respective constituencies, the MPs decried the rampant degradation of environment and natural resources, leading to a massive reduction in the quality and quantity of water available for domestic consumption and economic activities. Currently, 30% of the population in Uganda lacks access to safe water, while degradation of water bodies and deforestation continue unabated. In June 2018, the Water and Environment Sector Performance Report indicated that deforestation has led to the decline of forest cover from 24% in 1990 to 11% in 2015 and 9% in 2018. Regarding wetlands management, as of June 2018, 4.1% of wetlands in Uganda were reported as degraded and 2.6% completely lost.

John Bagoole, MP of Luuka North constituency got nostalgic as he recalled the many swamps and wetlands he saw as a child growing up in Luuka but have since disappeared because of rampant degradation. Sadly, interventions to save the wetlands are politicised and opposed. He cited an example of a Member of Parliament who joined a riotous group of citizens to chase away environmental police who were trying to demarcate a degraded wetland! “If we can protect the environment, the environment will protect us,” Bagoole said.

In Tororo, MP Frederick Angura said that the area suffers a lot from flooding which destroys livelihoods. He called for more protection of catchments. Similarly, in Buliisa district, Bugoma forest has been degazetted and allocated to large-scale sugarcane producers to feed sugar industries, while in Kibaale district, Hon Noeline Basemera of Kibaale District reported the degradation of River Muzizi.

Destruction of natural resources is further compromising the longevity of road infrastructure. Robert Sentongo MP for Kyotera observed that along Masaka Road, extraction of sand from Lake Victoria and from the expansive Lwera wetland is causing the highway to cave in. The encroachment is also unsettling citizens, leaving them without homes and livelihoods. “Big fish in the government are bringing in investors who are pushing vulnerable people off the land assumed to have valuable resources. Chinese have been left to plant rice extensively and to extract sand which they export,” Sentongo lamented, calling for involvement of stakeholders at all levels to address the situation.

MPs were of the conviction that much of the environmental degradation is attributable to poor governance, characterized by corruption, lack of transparency and integrity, wrongful allocation of protected water resources for development and failure to enforce rules and regulations.

While some financial resources are allocated to the water and environment sector, there is a general lack of monitoring and accountability. “Parliament does its best to appropriate more resources as requested but if we don’t deal with the issue of corruption we won’t go far. Corruption is embedded in poor governance,” Sentongo said. Silas Aogon, MP of Kumi Municipality re-echoed the same concern saying, “money is allocated to the Ministry of Water and Environment as a chunk but what happens when it comes down to sub-sectors? We need to follow up on such details.”

Apart from bad governance, MPs expressed concern about limited funding, noting that key interventions in WASH and IWRM are funded by external donors, with limited input from the government. Moreover, much of the funding is allocated to areas that do not have pressing issues or are already getting too much funding.

Silas Aogon of Kumi Municipality, observed, “the money we send to local governments is inadequate. Money is just around Kampala but there are no forests in Kampala!” Roland Mugume MP of Rukungiri Municipality referred to the Watershed programme which is fully funded by the Dutch Government and asked what would happen in 2020 when the funding came to an end. He called upon fellow MPs to push for increased financing towards the management of environment and natural resources.

Other challenges raised included: the general lack of awareness leading to limited participation of communities; limited personnel; failure to implement policies and regulations; absence of bylaws and ordinances at local government level.

MPs promised to continue pushing the government to allocate more funds to water resources management. They recommended that citizens should participate in planning for and managing environment and water resources. Stella Atyang Woman MP of Moroto District, recommended active involvement of technical and political actors at all levels saying, “MPs alone are not the solution and may not be able to reach all parts of their constituencies.”

CSOs urged Parliamentarians to make appropriate policy and legislation and to allocate adequate resources. Dr Joshua Zake, Executive Director of Environmental Alert, noted that the cry for improved environment and natural resources had been on for a very long time yet there seemed to be no improvement. “I have been around for 16 years and we are still saying the same thing. Every year we lose 250,000 hectares of forest, and with a growing population, you can expect more destruction. If we continue with business as usual, we shall lose the plot. We need a new approach. What role can Parliament play,” Zake challenged the MPs.

On behalf of the Natural Resources Committee of Parliament, Hon Roland Mugume pledged continued support and engagement with CSOs. He promised that the committee would invite the CSOs under UWASNET for a discussion and to share plans and budgets. “As policymakers, we are interested in getting information and evidence. This engagement is important, and we are grateful for the CSOs for having involved us and shared with us this knowledge,” Mugume concluded. 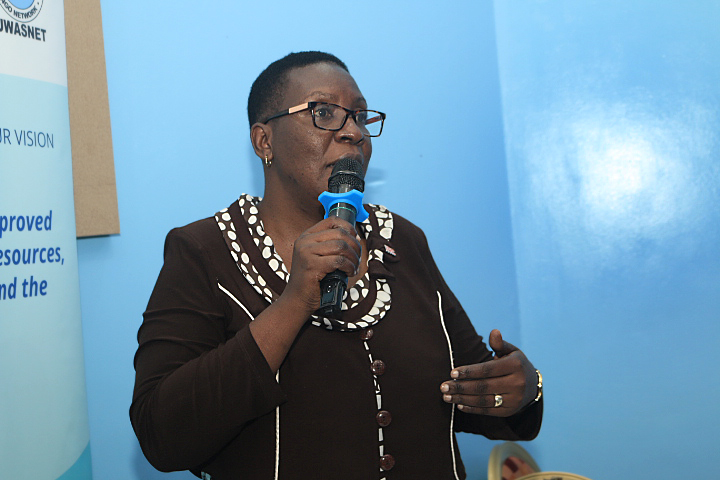