Privilege to be a fly on the wall to fascinating discussion between CWSA (Ghana) and Mid-Western Utility (Uganda) a… https://t.co/xtDivcnnRv

Lean government needs a lean private sector to deliver safe water and sanitation to everyone. Both are part of an effective public system. 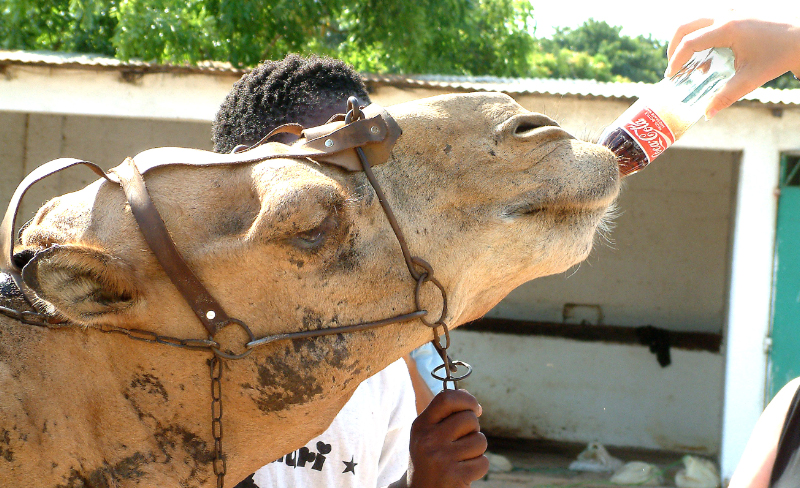 Travel as far as you like up any road, track or river pretty much anywhere in the world, and the chances are you’ll find someone willing to sell you a fizzy drink that’s bad for you. Behind that drink is a system, or a collection of systems (with systems it all depends on your point of view). Systems for production, systems for distribution, formal and informal. All privately owned and operated.

In just under a month we’ll be welcoming a diverse range of people to The Hague to talk about different types of systems. In this case, the system (or systems) required to deliver a non-fizzy, non-sugary, non-alcoholic drink that is supposed to be good for you. One that you have a human right to, not just when you’re feeling extravagant, but every day of the year forever. Water.

The universal access and ‘supposed to be good for you’ are important, because taken together they explain why safe water is different to carbonated drinks that can be provided by the free market with little need for government involvement. Put crudely, no one (or almost no one) ever dies of thirst. They die of, or get sick from, diseases caused by dirty water, perhaps polluted by pathogens from someone else’s gut. Providing clean or safe water is, therefore, a public health intervention. Just as ensuring the safe containment and treatment of human excreta is a public health intervention.

Universal provision of safe water and sanitation are public services. That is, they’re things that we expect to be provided to everyone, with government playing a leading role. Indeed, if you flip your perspective, the ability to provide public services is an indicator of effective government. It’s why government exists – what we pay governments to do on our behalf.

This makes water and sanitation difficult. Much more difficult than fizzy drinks, where the market can be left to get on with things, allowing people who can afford it to damage their health in peace according to their ability to pay. Prices can be set to reflect the costs of production, investment decisions made and, unless someone unexpectedly introduces a sugar tax, profits earned. WASH isn’t like that. Pricing the product at a point where, let’s say, 50% of the population could afford it would, rightly, be seen as completely unacceptable. As such, public finance is an essential part of the mix, whether you call it subsidy or simply see it as the state acting as a client on behalf of poorer users.

The people who are coming to The Hague next month are a cross section of the WASH system: the private sector, non-governmental organisations, various flavours of donors, and local and national government. For me, the critical framing for our discussions to be effective is a shared understanding that the system we operate in is a public one, a regulated one. That while there's much to be learned from market-based systems, that is not what WASH is.

Private companies play a huge variety of roles in the market for public services – from big pharma through educational publishers to manufacturers of plastic pipes. And the private sector also often acts as a direct service provider too – running hospitals, universities and water utilities. But, and here’s the critical difference, the expectation of universal, rights based access, means that government has a critical role to play: as leader, policy maker, regulator, financier.

In The Hague we’ll drop this helicopter view to get down into the specifics of sanitation systems, safe water systems, systems in fragile states, finance and monitoring systems. But in framing those discussions I hope that we’ll maintain the understanding of WASH as a public service, one where the private sector needs a lean and effective government as much as government needs a lean and effective private sector and where we all, regardless of our constituency, follow government’s lead to provide services to everyone.