50 years of IRC: Interview with Harold Lockwood of Aguaconsult

Sharing memories of a quarter of a century old WASH friendship.

Going from having a programme he worked on reviewed by IRC to becoming collaborating partners, water specialist and director of Aguaconsult, Harold Lockwood has known IRC for over 25 years. In this IRC 50 interview he takes us back to the deserts of Pakistan and to learning without being taught in the 90s. We also talked WASH systems and received some good advice for the future.

SB: What is the first thing that comes to mind when you think of IRC?

HL: IRC is a very innovative, progressive sector thought leader type of organisation, I would say. But it is quite different from what it was before. Now IRC is very much in the vanguard for pushing new ideas and approaches, but this has not always been the case. I remember a time when it was much more passive, reactive, so more a resource centre. It has changed a lot since then.

SB: Is there anything about your memories with IRC that you would like to highlight?

HL: My first encounter with IRC's work - resources, books, pamphlets - was through a Dutch, UNICEF funded programme I was working on in 1993/1995, in Pakistan. My first personal meeting with IRC happened a few years later, when two people from the organisation came to do the mid-term review of the Balochistan Rural Water Supply and Sanitation (BRUWAS) project. So this means I've been involved with IRC for over half its history, which probably says more about how long I have been working in the sector then about IRC itself!

SB: How did that meeting with the reviewers go?

HL: The two people who came were Eveline Bolt and Han Heijnen. It was early on in my career and I was still learning. They came with very interesting approaches, so I ended up spending a lot of time with them. We went on field visits into the desert, and later on spent the night talking about the many different solutions for sanitation that people have come up with globally. It was quite entertaining but also illuminating and educational.

And then in 1996, I got a job to work in Nicaragua with SNV, another Dutch organisation. As part of this new challenge, I was given a training in gender awareness by IRC when they were still based in Scheveningen. That was again a new experience around adult learning. Interestingly, I was not really taught anything. I had to read and reflect for myself which was relatively new at that time, especially for me. So these are all positive experiences or memories.

SB: Both of these anecdotes bring out memories of you coming across a new way of thinking. Is that right?

HL: Yes, always a bit different from the organisations that I had come across before, which were much more locked into how you deliver a project. My contact with IRC was not necessarily strictly academic but certainly not about being stuck in a project. It was about challenging myself to think in a different way.

SB: What approaches or tools from IRC have you found most useful in your career so far?

HL: There have been lots of useful tools and tool kits, or methods such as the QIS ladder. However, what IRC also does really very well is creating space for questioning, analysing, testing and reflecting on ideas. Many organisations are somewhat afraid or reluctant to do that or do not have the space for it. IRC has maintained this way of working as a sort of genetic thread, a DNA - to take ideas, push them, test them and bring them back to the table. I find this quite unique. And this is where I really see I benefit from having worked with IRC on a fairly extensive and regular basis.

SB: You not only work with IRC but also provide consultancy services to many other organisations with Aguaconsult. Are there moments when you come across IRC's work in your assignments?

HL: IRC's biggest successes were the two projects funded by the Bill & Melinda Gates Foundation: WASHCost and Triple-S. IRC was certainly not the only organisation pushing the idea of going from infrastructure orientation to talking about services. However, I think in hindsight we can say that this work was very instrumental in bringing about change in the sector on a larger scale.

So now people in the sector regularly make links between the service delivery approach, life-cycle costs and IRC as an organisation. A couple of years ago we were approached by the World Bank and they asked us to use the IRC approach - they meant Triple-S. Stories like this are nice informal measures of success. 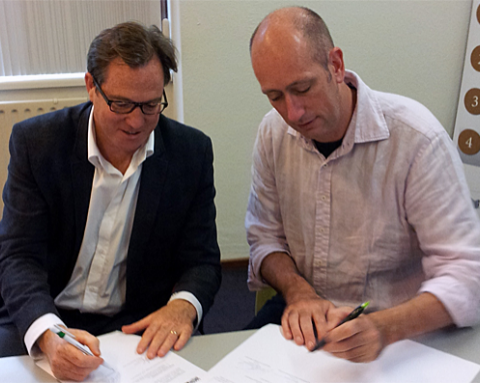 SB: Turning towards the future, what is the main direction the sector is moving towards in your opinion?

HL: I am pretty positive if we look at the experiences of wealthier countries in the Global South. They certainly have their challenges - like water quality - but the way forward is clear. That trajectory will carry on as countries get wealthier and invest more in social services like water and sanitation. However, poorer countries with structural challenges, repeated natural disasters or in areas of conflict, will probably progress at a much slower rate. So how do you address those types of countries or marginalised populations within large countries, like Pakistan, Indonesia or India? These will still be challenges, but I think overall I am fairly positive about the future.

SB: Good to hear. What do you think about IRC's systems approach, will it be part of this future?

HL: Maybe in another 10, 15, 20 years we look back and say to ourselves that it was another fad that came along like the Demand Responsive Approach (DRA) or Community Management. But even if that happens, I think all these things are blocks that build on one another. So I am sure there are elements of the systems approach which will take us further in our ability to address some of the difficult challenges and problems in WASH. It is definitely an improvement over the very linear approaches that say if you do A you'll go to B and then you'll get to C and so on to Z. We know that does not work. I think that probably the challenge is more around showing, explaining and applying a systems approach in a way that it is relevant and accessible for people.

WASH systems have to be relevant for all people and not just for WASH nerds.

If you talk to government officials about systems approaches, it may not mean so much, but showing them how it makes a difference and is a better way of working than previous approaches might. I know there is still some work to do in showing real impact. Even if it takes a long time, it's important to stick with the approach, measure it and show its benefits. Otherwise you are like the last fad, selling snake oil.

SB: What specific message would you send IRC for the future?

HL: Carry on and don't lose your DNA of being a space for ideas and dialogue and your ability to speak truth to power. Tell it like it is. But also be careful that you invest in your own ability to tell your story well. These things complement each other. I think IRC has gone through an incredible transition over the last 50 years and where you are today in terms of pushing that agenda in the WASH sector globally and within countries is very admirable and unique. So carry on.

Happy Birthday IRC! I hope you will be going for another 50 years and continue your innovative and groundbreaking work.

Harold Lockwood is a water specialist and the director of Aguaconsult, with over twenty-six years of experience focusing primarily on the rural sub-sector on institutional reform and sector policy development, decentralisation of governance functions, service delivery arrangements and sustainability of services. Harold has worked on dozens of assignments for a range of clients including DFID, USAID, UNICEF, the Bill and Melinda Gates Foundation, the World Bank, private sector firms, international NGOs, philanthropic foundations and sector research institutions. Since 2014, Harold has becoming increasingly involved in systems-based approaches to sector strengthening and change.

Many thanks to Harold Lockwood for sharing his story with us. Do you also have a special story related to IRC? We'd love to hear it! Comment or message us at communications@ircwash.org.